This year’s Show was an amazing prelude to the upcoming riding season. Throughout the course of the three days of the show, over 33,900 Edmontonians made their way through the turnstiles to be some of the first to check out the incredible showcase of new 2012 models, from over 25 different manufacturers.

The Show kicked off in grand style on Friday with the 5th Annual She Rides Nite. At the conclusion of the evening Gerri Hunter walked away with the keys to a brand new 2012 EX250 Ninja, courtesy of Cycle Works Motorsports and Canadian Kawasaki .

The Evolution of Extreme Show ran throughout the weekend and was a definite crowd pleaser for those who took it in. Audiences were treated to the jaw dropping, high flying action of not only MX freestylers, but an ATV and Snowmobile freestyler as well. There was no break in the action as Ernie Vigil and Nick Brocha of Team Empire took to the floor to showcase their own brand of stunt riding.

Clayton Bellamy of the “Roadhammers” entertained and wowed crowds with his acoustic performances of his brand new single “Everyone’s a Dreamer.”

The Yamaha Kids Riding Academy and Scooter School were extremely popular and sessions filled up quickly. The Vintage display was once again a bit hit among collectors and motorcycle aficionados.

To end the Show on a high note, 30 lucky winners qualified for the grand prize draw of a 2012 Triumph American provided by Echo Cycle, your Triumph Dealer. The elimination style draw saw Kevin Baker claiming the grand prize valued at over $9500.00.


What: The 2012 Edmonton Motorcycle Show

About CNSS:
CNSS is a non-profit corporation and the largest producer of boat, fishing, sportsmen’s, ski, outdoor and motorcycle shows in Canada. Through its family of shows, the corporation raises funds to ensure that generations of young Canadians can benefit from Canada’s outdoors. Since the first show held in 1948, more than $31 million has been committed to these causes.


About MMIC:
The MMIC is a national, non-profit industry association whose members include the major manufacturers, distributors and retailers of motorcycles in Canada. The MMIC member companies account for more than 90 per cent of all new motorcycles sold in Canada each year. The MMIC and their members present shows annually in Toronto, Calgary, Edmonton, Vancouver, Quebec City, Moncton and Montreal.
NEW 2022 Motorcycle Model Guides
NEW 2021 Motorcycle Model Guides

The Edmonton show was pretty good, but not all were "Edmontonians"...some were "Sylvan Lakers"...

If she was this happy just sitting on it, how excited would she have been to win it?? 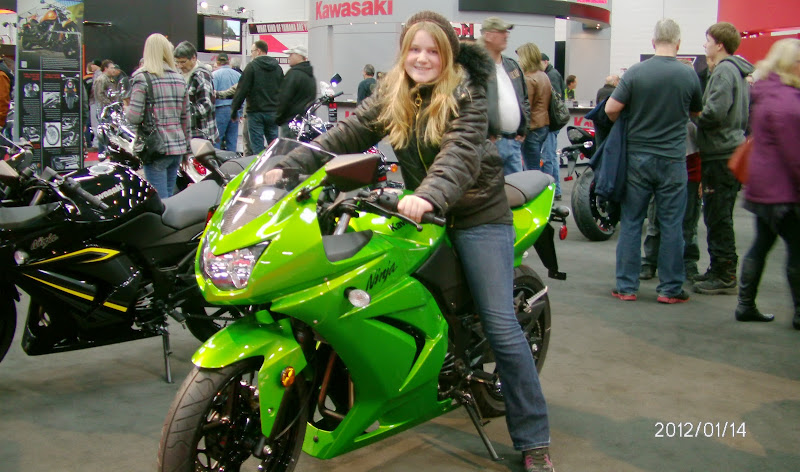 I had some fun too...I would love to "Win" one of these babies!! 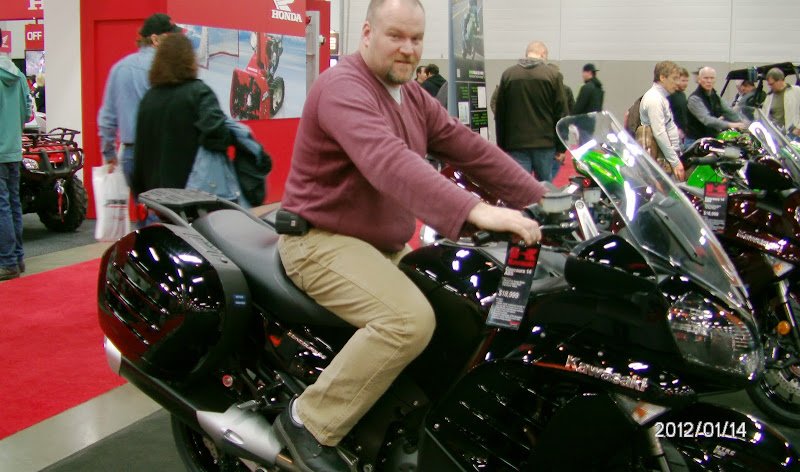