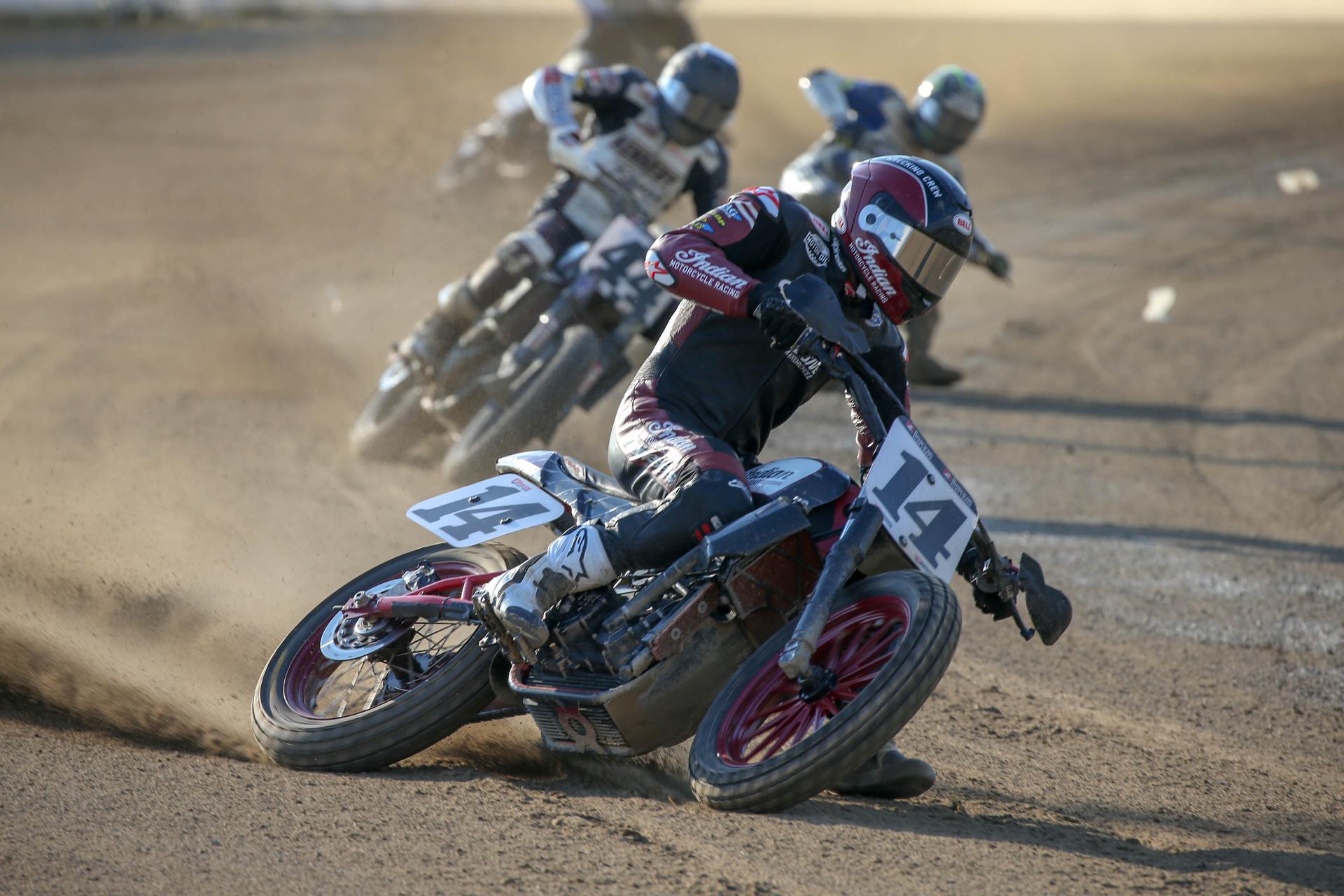 DAYTONA BEACH, Fla. (August 1, 2019) – American Flat Track will round out its double dose of race action at the 79th Annual Sturgis Motorcycle Rally with the Black Hills Half-Mile presented by Law Tigers in Rapid City, S.D., on Tuesday, August 6.

The AFT Production Twins will return to the fray at the Black Hills Half-Mile. In a similar situation to the premier class, title leader Cory Texter (No. 65 G&G Racing/Holeshot Powersports Yamaha MT-07) is aiming to return to his winning ways after being bested for the first time this season last time out when Chad Cose (No. 49 Parkinson Bros Racing/Rod Lake Kawasaki Ninja 650) earned his AFT maiden victory at the Lima Half-Mile.

Shayna Texter (No. 52 Red Bull KTM Factory Racing SX-F 450) could prove more than a match for all of them as she returns to her preferred battleground. The Roof Systems AFT Singles rider with the all-time highest win count was the top qualifier and race winner in last year’s visit to Black Hills Speedway.

In addition to the on-track action and all that the backdrop of the Sturgis Motorcycle Rally brings along with it, the evening will feature numerous vendors, a DJ, and a Strider Bike race just prior to Opening Ceremonies for participants ages three and four on the manufacturer’s no-pedal balance bikes.

OSBORNE MAINTAINS LEAD IN 250 CHAMPIONSHIP The Rockstar Energy Husqvarna Factory Racing Team had an impressive day at the historic RedBud National, the sixth round and halfway point of the Lucas Oil Pro Motocross Championship, […]

Second-row start for Andrea Dovizioso, fourth in qualifying at the Red Bull Ring. Danilo Petrucci barely missed out to access in Q2 and will start the Austrian GP from thirteenth position Andrea Dovizioso and Danilo […]