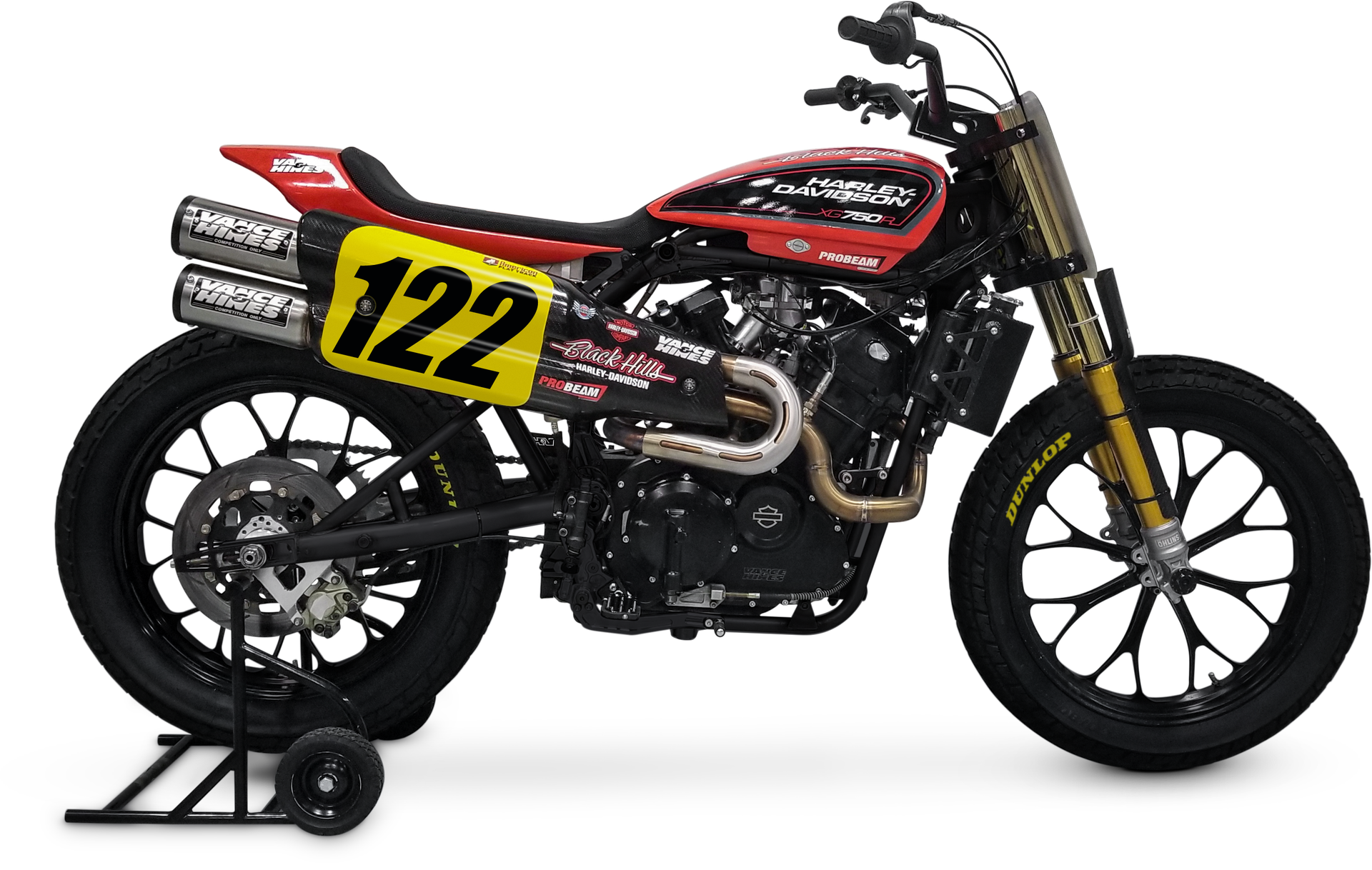 RAPID CITY, S.D. (July 19, 2019) – Black Hills Harley-Davidson, which is currently running a Vance & Hines Harley-Davidson XG750R in the AFT Production Twins class with James Rispoli in the saddle, is excited to announce it has signed current Roof Systems AFT Singles presented by Russ Brown Motorcycle Attorneys points-leader Dalton Gauthier to ride a second XG in the AFT Production Twins class for the remainder of the AFT season.

Gauthier, who will continue to contest the Roof Systems AFT Singles championship aboard a Rob McLendon-tuned Husqvarna FC450, will join Rispoli on the Black Hills AFT Production Twins squad when the two-man team debuts at the upcoming Black Hills Half-Mile presented by Law Tigers on August 6 at Black Hills Speedway in Rapid City, SD during the annual Sturgis Rally.

“I’m extremely excited to get this opportunity with Harley-Davidson and the Black Hills team,” Gauthier says. “I’ve seen what the bike can do and I feel I can win races on the thing. My goal is to ride the AFT Twins series next year, and I want to show everyone that I can ride a twin as well as a Single. Just have to stay consistent and put in some good rides. I’ve raced the Production Twins class twice this year and did pretty well, so I know what to expect and am quite confident.”

“Our entire Black Hills Harley-Davidson ProBEAM race team is psyched to have Dalton joining James [Rispoli] on our Production Twins squad,” said Terry Rymer, Co-Owner and General Manager of Black Hills Harley-Davidson. “Dalton’s a special talent, for sure, and having two riders of this caliber in James and Dalton is a unique opportunity for us and for them. There’s a lot of racing left in this championship, and we’re looking forward to making a serious dent in the series standings.”

Seven races remain in the 2019 AFT Production Twins season, Half-Miles at Black Hills and Williams Grove, and Miles at Sacramento, Springfield (2), Minnesota and the Meadowlands. Cory Texter leads the series, with Rispoli and Gauthier currently 9th and 11th, respectively. Rispoli grabbed a podium spot at the Lima Half-Mile in June on the XG and looks to have momentum as the Production Twins season picks up speed in August. Gauthier, in his two Production Twins efforts this year on a privateer Kawasaki, scored finishes of fourth and fifth, so the speed for both riders is definitely there.

The American Flat Track competitors will kick off an intense and jam-packed August with the Buffalo Chip TT presented by Indian Motorcycle in Sturgis, S.D., on Sunday, August 4 and the Black Hills Half-Mile presented by Law Tigers in Rapid City, S.D. on Tuesday, August 6.