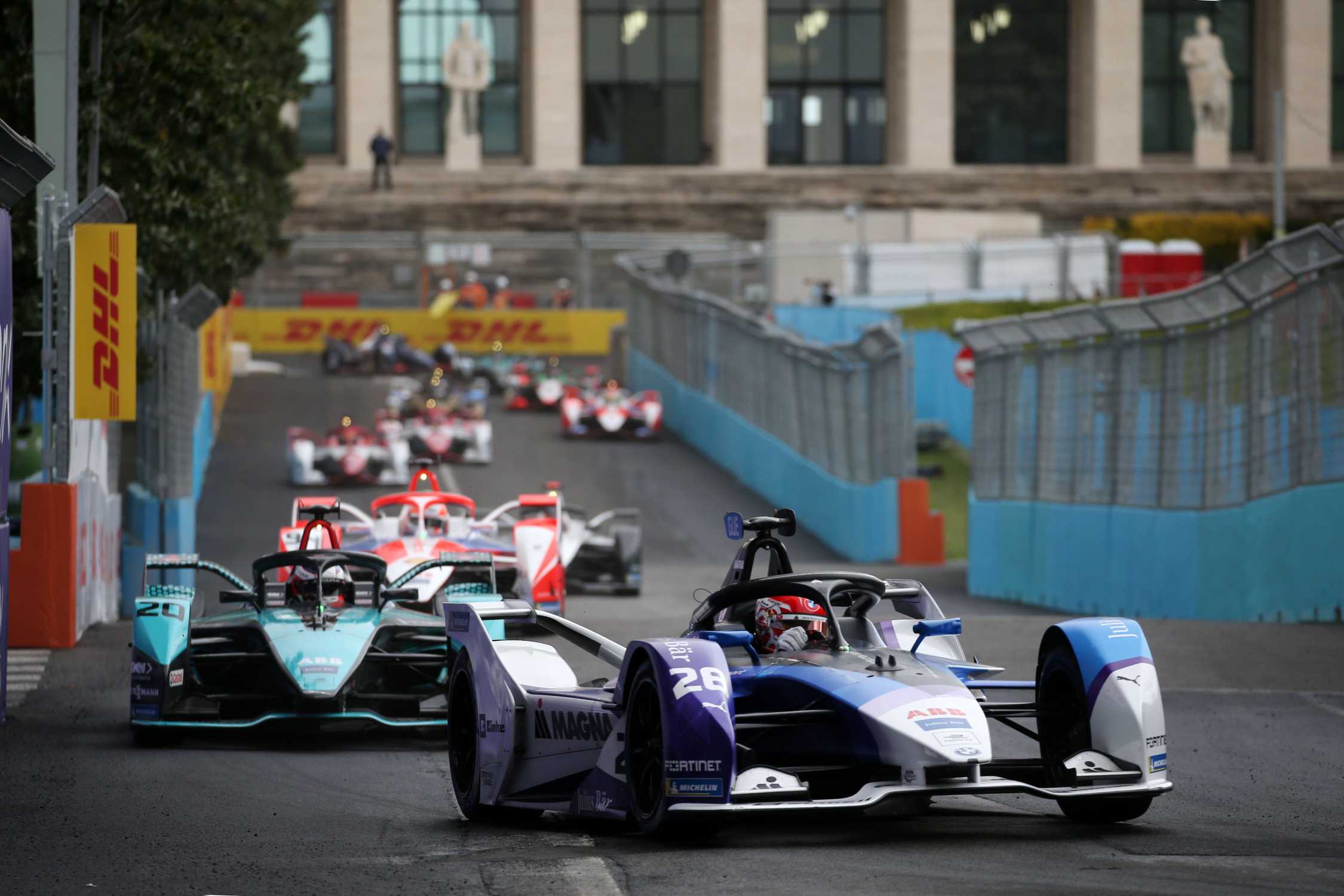 Rome. Action-packed first day of racing at the Rome E-Prix (ITA): Maximilian Günther (GER) in the points as he finishes ninth at the third race of the season in the ABB FIA Formula E World Championship. Jake Dennis (GBR) escaped a spectacular accident at the end of the first training session without injury but retired from the race early after a collision. The MINI Electric Pacesetter inspired by JCW celebrated its debut as the new FIA Formula E Safety Car.

It was a terrifying start to the day for Dennis and the BMW i Andretti Motorsport Team. There was a spectacular accident involving Dennis at the end of the first practice session, when drivers were actually intending to do their practice starts. Oliver Turvey (GBR, NIO) slammed into the cars that were at a standstill, causing serious damage to the BMW iFE.21. Thankfully, all the drivers involved emerged unscathed. The team was able to repair Dennis’ car in time for qualifying, but the Formula E rookie missed the entire second practice session. He secured 19th place on the grid in qualifying, while his team-mate Günther claimed sixth spot to move into the Super Pole. A penalty imposed after his accident in Diriyah (KSA) saw him start the race from eleventh position.

After rain showers, the Rome E-Prix started on a damp circuit behind the new FIA Formula E Safety Car, the MINI Electric Pacesetter inspired by JCW. Once the drivers were able to start racing, Günther remained involved in the battle for a place in the top ten, crossing the finish line in ninth despite spinning after contact with António Félix da Costa (POR, DS Techeetah). Dennis retired early after a not-at-fault collision with Nick Cassidy (NZL, Envision Virgin Racing). Events became tumultuous once again just before the end, with the race finishing behind the safety car after an accident for Stoffel Vandoorne (BEL, Mercedes). Victory went to Jean-Éric Vergne (FRA, DS Techeetah).

The fourth race of the season starts on Sunday at 13:04 CEST.

Reactions to Race 3 in Rome.

“That was an eventful and difficult day for our team. It started with a hefty crash for Jake Dennis at the end of FP1. He took a hard hit from behind while he was at a standstill. The car was badly damaged and although the crew did a fantastic job to get it repaired, he missed out on a lot of preparation time before qualifying, which was reflected in the result. Maximilian Günther gave a good performance to reach Super Pole. He was lucky to be able to continue after spinning during the race. Finishing ninth and scoring two points was a consolation prize for us. Unfortunately, Jake had more bad luck and retired with suspension damage after an accident. Of course, we had hoped to score more than two points and we are disappointed with the result. But tomorrow is a new day and hopefully it will go better.”

“At the beginning the track was damp and very slippery and the race was chaotic. We were all very close together and it was basically all about getting the ATTACK MODES in at the right moment. I feel like we didn’t get the optimum out of it. A bit later I had a big moment. António Félix da Costa and I slightly touched, I ran wide, spun, hit the wall, but luckily kept the car going only losing a couple of positions. All in all it’s good to still take away some points after such a race. Now we have to analyse what we can improve for tomorrow.”

“A day to forget, to be honest. The race was pretty chaotic, but in the beginning I gained a couple of positions. Then I ended up crashing with Nick Cassidy who pushed me into the wall. There was nothing I could do, but I had to retire. It is frustrating that this has happened two times in two races now. I just need to forget about today, move on and hope to be a little luckier tomorrow.”

Monster Energy Star Yamaha Racing is pleased to announce a multi-year deal with one of the sport’s top up-and-coming riders – Haiden Deegan. The Californian has multiple amateur titles and is a great addition to […]

Taking place at the hillside circuit of Saint Jean d’Angely in the south of France, round 10 of the 2018 FIM Motocross World Championship saw the Rockstar Energy Husqvarna Factory Racing duo of Thomas Covington […]