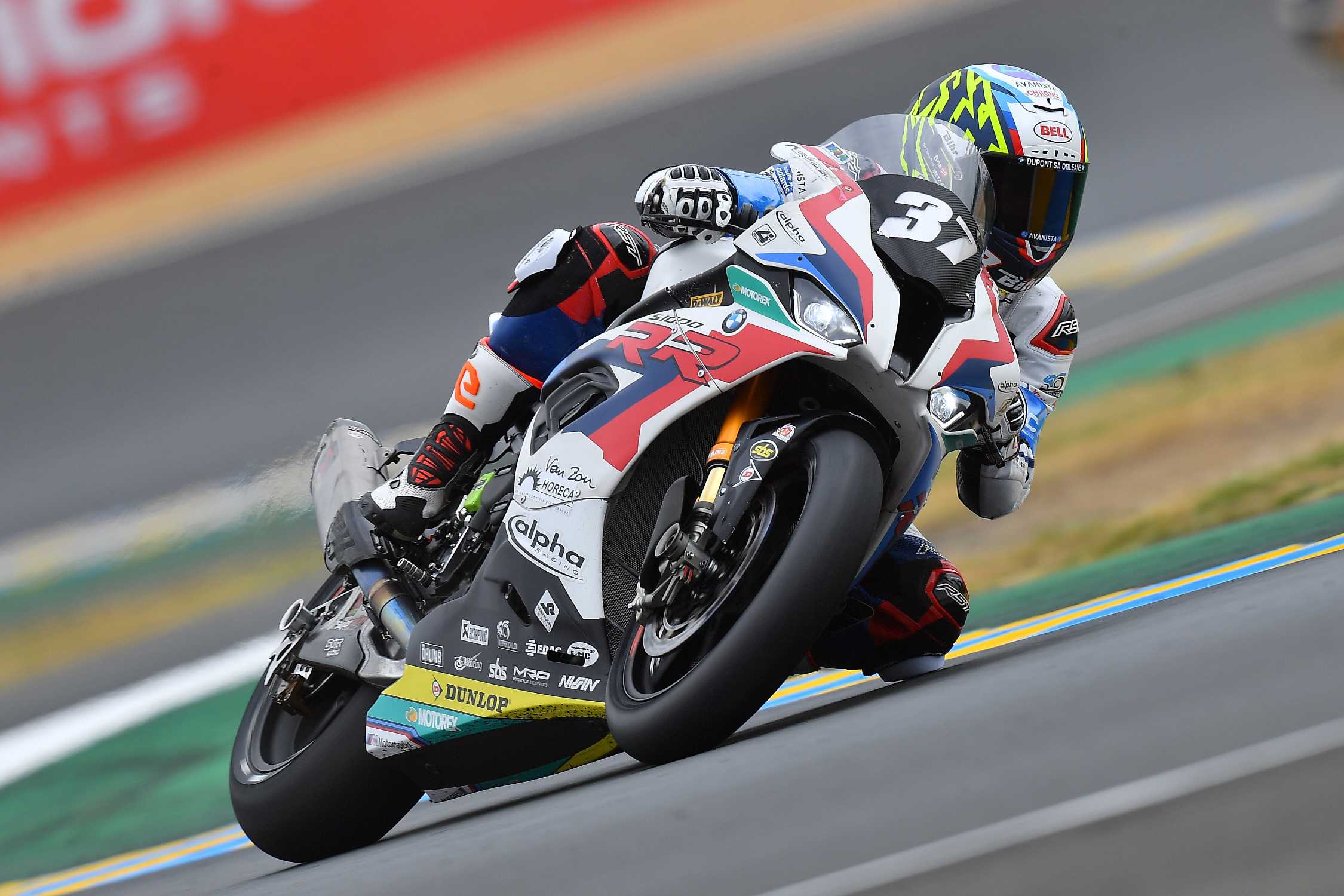 Munich. The debut season for the BMW Motorrad World Endurance Team in the FIM Endurance World Championship (FIM EWC) draws to a conclusion this weekend. The ‘12 Hours of Estoril’ is the fourth and final round of the 2019/20 season. The 4.182-kilometre ‘Circuito do Estoril’ near Lisbon (POR) has previously hosted the FIM EWC in 1987 and 2000. This season, Estoril was added to the calendar at short notice as the venue for the finale.

Alternating in the saddle of the #37 BMW S 1000 RR in Estoril will be regular riders Kenny Foray (FRA) and Markus Reiterberger (GER), along with Peter Hickman (GBR). Hickman joined the team as the fourth rider at the ‘24 Heures Motos’ at Le Mans (FRA) at the end of August. At Estoril, he stands in for regular rider Ilya Mikhalchik (UKR), who is racing in the final round of this season’s International German Motorcycle Championship (IDM) at Hockenheim (GER) this weekend.

The BMW Motorrad World Endurance Team finished third in the first two races of its debut season in the FIM EWC, which were held at Le Castellet (FRA) and Sepang (MAS). The team then had to retire from fifth place shortly before the end of round three, the 24-hour race at Le Mans. Ahead of the finale, the BMW Motorrad World Endurance Team lies fourth in the overall standings with 82 points – level on points with the third-placed team and 45 points behind the world championship leaders. A further 67.5 points are up for grabs at the final round.

The ‘12 Hours of Estoril’ gets underway with the first practice and qualifying sessions on Thursday 24th September. The race itself starts at 08:30 local time on Saturday 26th September and ends at 20:30.

Quotes ahead of the Estoril season finale.

Marc Bongers, BMW Motorrad Motorsport Director: “Exactly one year ago, we made our FIM EWC debut at the Bol d’Or at Le Castellet. Now, we line up at the final round of our debut season. Although the coronavirus has prevented the season from taking place as planned, we have a very positive record so far. As ‘rookies’, we have put on a very good show in all three races so far, and have shown that we can mix it with the best teams in the world from the word go. The team is doing an extremely professional job, the BMW S 1000 RR has been competitive from the start, and we also have a squad of very strong riders. We want to convert all this into another good result at the finale. It is very motivating that we still have a mathematical chance of winning the title. However, our main goal is to produce another top performance and be right at the front of the race again. Then we will see where we end up in the championship. To end our debut season in the top three and thus on the podium in the world championship would be a great reward for all the hard work put in by everyone involved.”

Werner Daemen, Team Manager BMW Motorrad World Endurance Team: “After our late DNF at Le Mans, we are 100 percent motivated to be in the mix at the front again at Estoril. We’re going to give everything and I think we are very close to the top. The podium is clearly the goal – in the race as well as in the championship. Ilya is in action at Hockenheim on the same weekend, but I think that we have a very good replacement in Peter Hickman. He is one of the top riders in the British Superbike Championship BSB, and the ability of Markus and Kenny is beyond question. Kenny is currently winning all races in France and is giving very strong performances. Markus was very strong at Le Mans and will be at Estoril, too. We have set ourselves the goal of the top three, and now we’ll wait and see how it goes.”

Kenny Foray: “After the ’24 Heures Motos’ at Le Mans, our plan has changed a little bit for Estoril. To finish in a strong position in the championship, it would be fantastic to win the race and I think it is possible. The team is doing a great and fast job in the garage, the Dunlop tyres are working well, the bike is perfect, so I think that we can achieve something really good. It would be great to finish on the podium and a victory would be perfect.”

Markus Reiterberger: “Expectations are obviously very high for Estoril. After the race at Le Mans, we analysed where we still have room for improvement. We will now put what we discussed into practice and the team will work hard to keep making progress. We know that we can compete at the very front of the field, we just have to put the final pieces of the puzzle together. I am really looking forward to Estoril and am confident that we will be a strong team. A 12-hour race is a mixture of an 8-hour race, which is more of a sprint, and a 24-hour race, in which it all comes down to durability, stamina and the necessary caution. In a 12-hour race, you have to give it your all and really focus on getting the most out of every lap. The bike must be easy to ride for all three riders, whilst at the same time being fast. We are working hard to achieve that. We want to win.”

Peter Hickman: “I am really looking forward to Estoril. It is a really good circuit. Nobody has tested there so it is a bit of a level playing field for everyone, so that’s good. I think there is still the possibility that the team could win the World Championship so the target is to win the race and see what the situation is then. I am looking forward to being back with the team. Le Mans was just a little taster for myself. I did not actually do the race but I got to ride the bike in practice and qualifying so I am looking forward to it. Hopefully we can put on a good show and score a strong result.”

April 7, 2019 Michael Le Pard News Comments Off on Costso Promo Offer for Yamaha Motorcycles save $1000 from April 2 to June 14

COSTCO IS BACK! SAVE UP TO $1,000 ON SELECT YAMAHA PRODUCTS* FROM APRIL 2, 2019. SEE ALL ELIGIBLE MODELS Sign up for a new Costco membership! Simply visit any Canadian Costco location or sign up […]

MIR FIGHTS TO 5TH IN PHILLIP ISLAND AS RINS 9TH