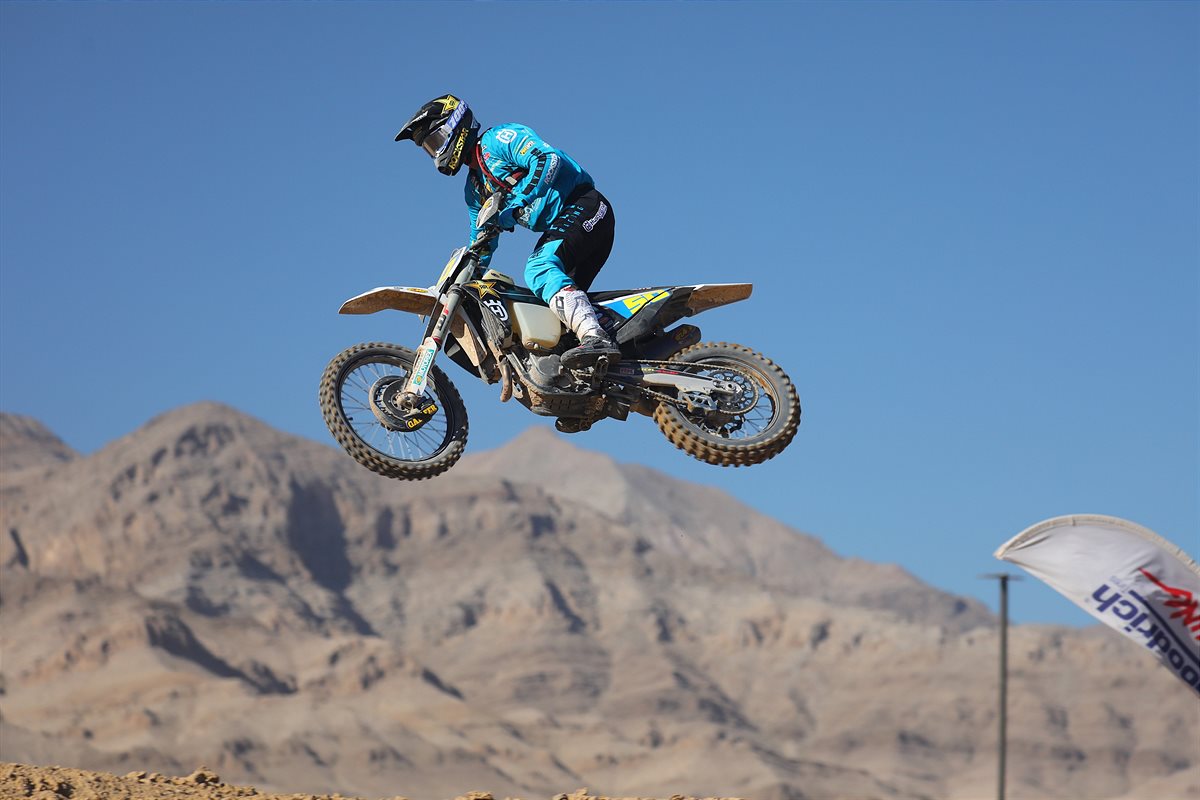 Rockstar Energy Husqvarna Factory Racing’s Austin Walton jumped back into the 2021 World Off-Road Championship Series (WORCS) on Sunday, finishing a solid fourth in his first race back since Round 5.
Walton had a strong start to the day, capturing the holeshot and early lead in the race. He led for the first two laps before engaging in a three-way battle with the championship front-runners early on. He eventually shuffled back to third, where he rode a strong pace for the majority of the race. Dropping back a spot to a hard-charging Cole Martinez with a few laps to go, Walton continued to charge all the way to the checkers, just missing the overall podium in his first WORCS race back from injury.
Walton: “I started off really good, working my way right into first place and leading for the first couple laps. I rode in third for the majority of the race and ended up losing that spot to Cole late in the race to finish fourth place. I felt like I rode really good in the first part but it was really unfortunate to lose that many spots. I think the body is just getting back into the groove of things after being off the bike for as long as I have. All-in-all, I can’t be too bummed with where I finished this weekend. I know I have the speed to win, just have to work on a couple things and we’ll come out swinging for the wins.”
Pro 450 (MC) Round 10 Results
1. Cole Martinez (HON)
2. Dante Oliveira (KTM)
3. Taylor Robert (KTM)
4. Austin Walton – Rockstar Energy Husqvarna Factory Racing
Pro 450 (MC) Championship Standings
1. Dante Oliveira – 228 points
2. Taylor Robert – 226 points
3. Cole Martinez – 194 points
…
7. Austin Walton – Rockstar Energy Husqvarna Factory Racing – 113 points
About Michael Le Pard 6742 Articles
"Mr. Totalmotorcycle". Owner and Founder of Total Motorcycle. Supporting over Motorcyclists and Motorcycling for 21 great years. Total Motorcycle is my pride and joy and being able to reach out 330 million people has been incredible but I could not have done it without the support of my visitors, readers and members, thank you so much! You are making a difference to millions of riders worldwide. Thank you.
Website Facebook Instagram Twitter YouTube LinkedIn

Mountain View, Calif., June 29, 2020 – The second round of the MotoAmerica race series took place at Road America in Wisconsin this past weekend as Kyle Wyman #33 took the Ducati Panigale V4 R to […]