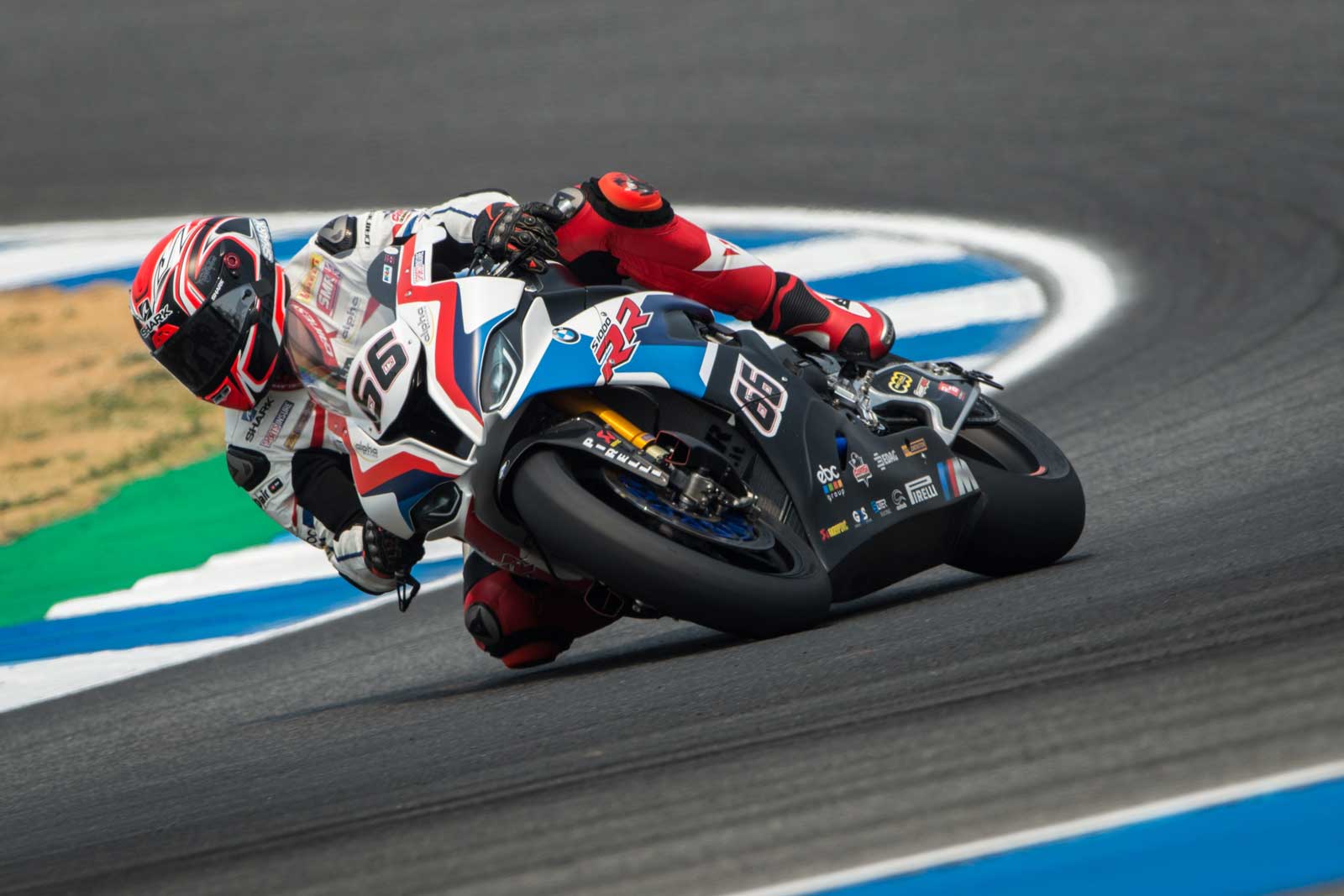 Portimão. The long FIM Superbike World Championship (WorldSBK) summer break ended for the BMW Motorrad WorldSBK Team with two days of testing at Portimão (POR). At the same venue, the team with riders Tom Sykes (GBR) and Markus Reiterberger (GER) will start the final spurt of the season in two weeks’ time. In hot summer conditions, the team prepared for the remaining four rounds of the season and tested new items for several areas of the BMW S 1000 RR.

Quotes after the Portimão test.

Shaun Muir, Team Principal BMW Motorrad WorldSBK Team: “For Markus, it’s been a really good test. We’ve made quite a lot of changes on the electronic strategy, also changes with the suspension. It has given him a good race pace consistency which we have been looking for. So overall for Markus it has been a good test. Tom has come back very good on the second day of testing after he had two crashes on the first day. He has worked through some engine and electronic strategy and some rear linkage work. And overall to finish P3 on the afternoon of day two was a good comeback and we are in a good position for the races in two weeks.”

Tom Sykes: “The first day wasn’t too easy with two crashes, but these things happen in racing. All the guys worked really hard and it looks like I gave them a little bit of work to do. But they have done a great job and the second day was really successful, we got a lot of information. I’m very happy with the set-up of the BMW S 1000 RR in these hot conditions. Looking at the lap time, it looks worse on paper than it actually is because everybody put different tyres on. In the end we got what we needed from testing, even with the small issues, and we are ready to go racing in a couple of weeks. I will for sure be aiming for the podium again.”

Markus Reiterberger: “It feels good to be back on the bike after the long summer break. We completed a lot of laps and test a lot of new things on the electronic side and on the chassis side. It was really interesting and we found a few positive things for myself and I improved the feeling a little bit. My lap time was not bad, even if on the sheet it does not look so good we are not too far away from the front. We are only nine tenths of a second back and I’m sure it’s possible to improve for the next races. We will put the best package together for the races and I will try my best there. Generally, I’m happy with what we have done, it was a big job from the entire team who worked very hard. I really enjoyed riding the bike and want to say thank you to the whole team.”

About Michael Le Pard 4848 Articles
"Mr. Totalmotorcycle". Owner and Founder of Total Motorcycle. Supporting over Motorcyclists and Motorcycling for 21 great years. Total Motorcycle is my pride and joy and being able to reach out 330 million people has been incredible but I could not have done it without the support of my visitors, readers and members, thank you so much! You are making a difference to millions of riders worldwide. Thank you.
Website Facebook Instagram Twitter YouTube LinkedIn

Monster Yamaha Tech3 rider Johann Zarco initiated the second day of action at the Italian GP this morning with a superb improvement of 1.409 seconds from the first to the third Free Practice to comfortably […]

Caricasulo Looking to Impress at Home in Imola

May 8, 2019 Michael Le Pard News Comments Off on Caricasulo Looking to Impress at Home in Imola

It was a nerve-racking day for 450MX points leader Zach Osborne and the Rockstar Energy Husqvarna Factory Racing Team, who came away from Round 6 of the 2020 AMA Pro Motocross Championship with 4-16 moto […]