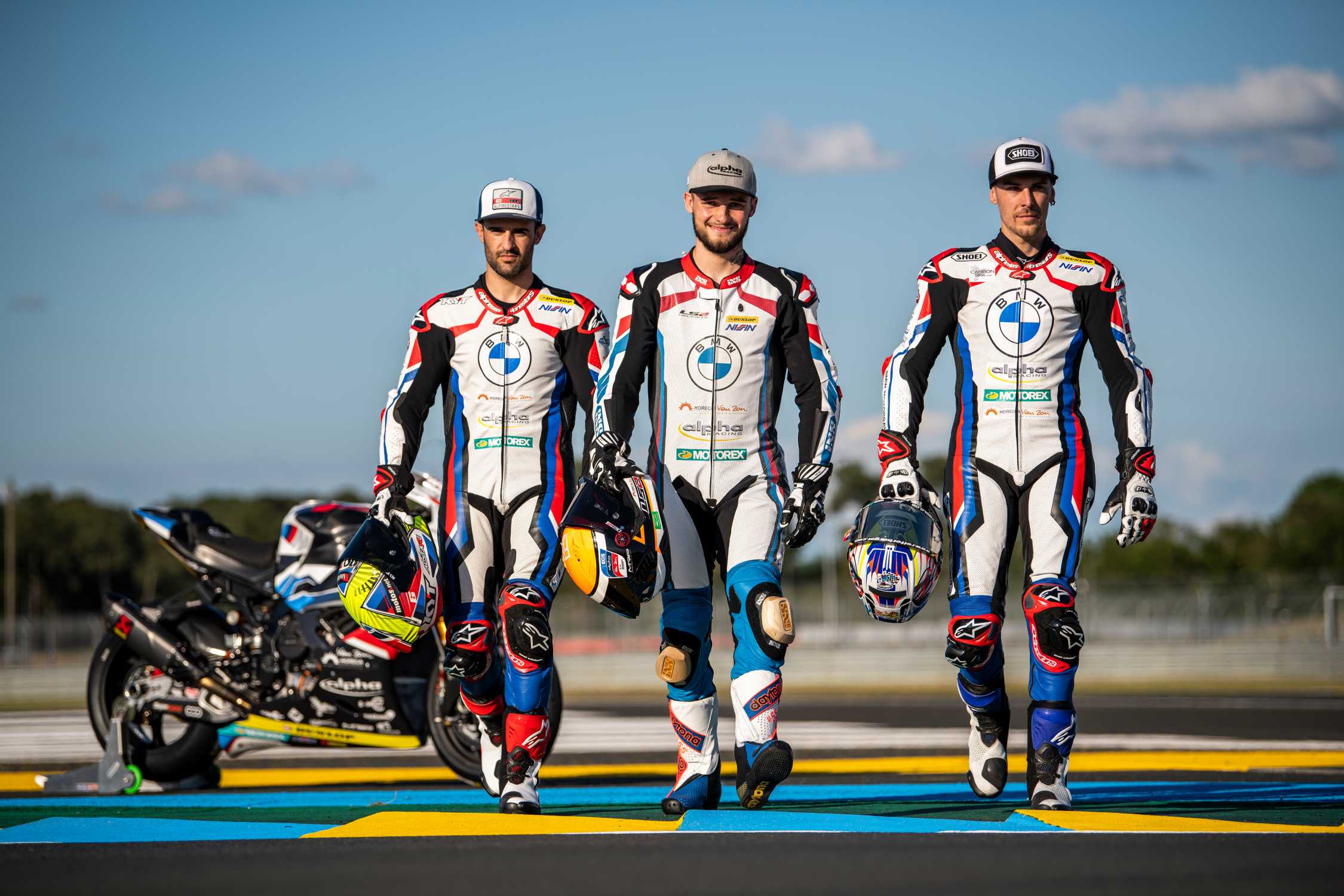 The starting positions are determined by taking the average of the respective best times of the individual riders. At 1:36.099 minutes, the average time for Reiterberger, Mikhalchik and Forés was just 0.297 off pole position. The famous 24-hour race gets underway at 12:00 on Saturday.

Two privateer BMW Motorrad Motorsport teams are also in action at the “24 Heures Motos”. Team LRP Poland starts from 20th place with the #90 BMW S 1000 RR, while the Univers Racing/AC Racing team lines up in 35th place on the grid.

Quotes after the Le Mans qualifying.

Werner Daemen, Team Manager BMW Motorrad World Endurance Team: “I am quite happy with qualifying. Third place, only two tenths of a second behind the first place. That was not too bad. All three riders have the same speed, which is really good. As is the same for everyone, the high temperatures are a challenge. It is very hot here. I think that we are well prepared. It will be a very long and tough race in these temperatures – but we are confident.”

Markus Reiterberger: “It was very hot in the first qualifying session yesterday, and that is apparently something we struggle with. The bike behaves differently in these temperatures to during the test in spring. It was cooler today and I was the fastest man in the team with a 1:35 lap on the new tyre – not the Qualifier. We all improved and managed to secure third place on the grid. We saw that we have a slight disadvantage in the heat, but that changes when it gets cooler. Because of this, we must now consider how to pace the race tactically. It is definitely going to be a challenging, long and tough race, but we are feeling positive and excellently prepared.”

Ilya Mikhalchik: “I am happy about the result. Especially today I had a good feeling. The days before I still was struggling a bit as the temperatures were hotter than during the test in spring and that was a challenge for us. But the team found good solutions for the bike, even for hot conditions, and the tyres started to work quite well. We are confident that we can do a good job. The important thing is to have a good start and to be constant and stable and then, when the night comes, it should be our time, because we were really fast in the cooler temperatures. Let’s hope for a clean race and that we can finish in a top position after 24 hours.”

Xavi Forés: “Qualifying went quite well for us. We finished in third position and our pace was quite good. But the track conditions were much hotter than when we were here for testing, so our bike is working differently. Overall, it was not too bad. All three riders have been riding on the same pace, which has to be the target especially for the race. So yes, I am happy. The bike is working as we want and we have to be clever for the race. We are looking forward to start it.”

About Michael Le Pard 6031 Articles
"Mr. Totalmotorcycle". Owner and Founder of Total Motorcycle. Supporting over Motorcyclists and Motorcycling for 21 great years. Total Motorcycle is my pride and joy and being able to reach out 330 million people has been incredible but I could not have done it without the support of my visitors, readers and members, thank you so much! You are making a difference to millions of riders worldwide. Thank you.
Website Facebook Instagram Twitter YouTube LinkedIn

Varese, June 9th, 2020 –  MV Ride is the app that marks the debut of MV Agusta in the world of digital services, and is already available for free download in the Apple App Store […]

Putting in his best individual stage performance at this year’s Morocco Rally, Pablo Quintanilla has earned a strong runner-up result on Monday’s stage four of the event. Gaining back more of the time lost during […]