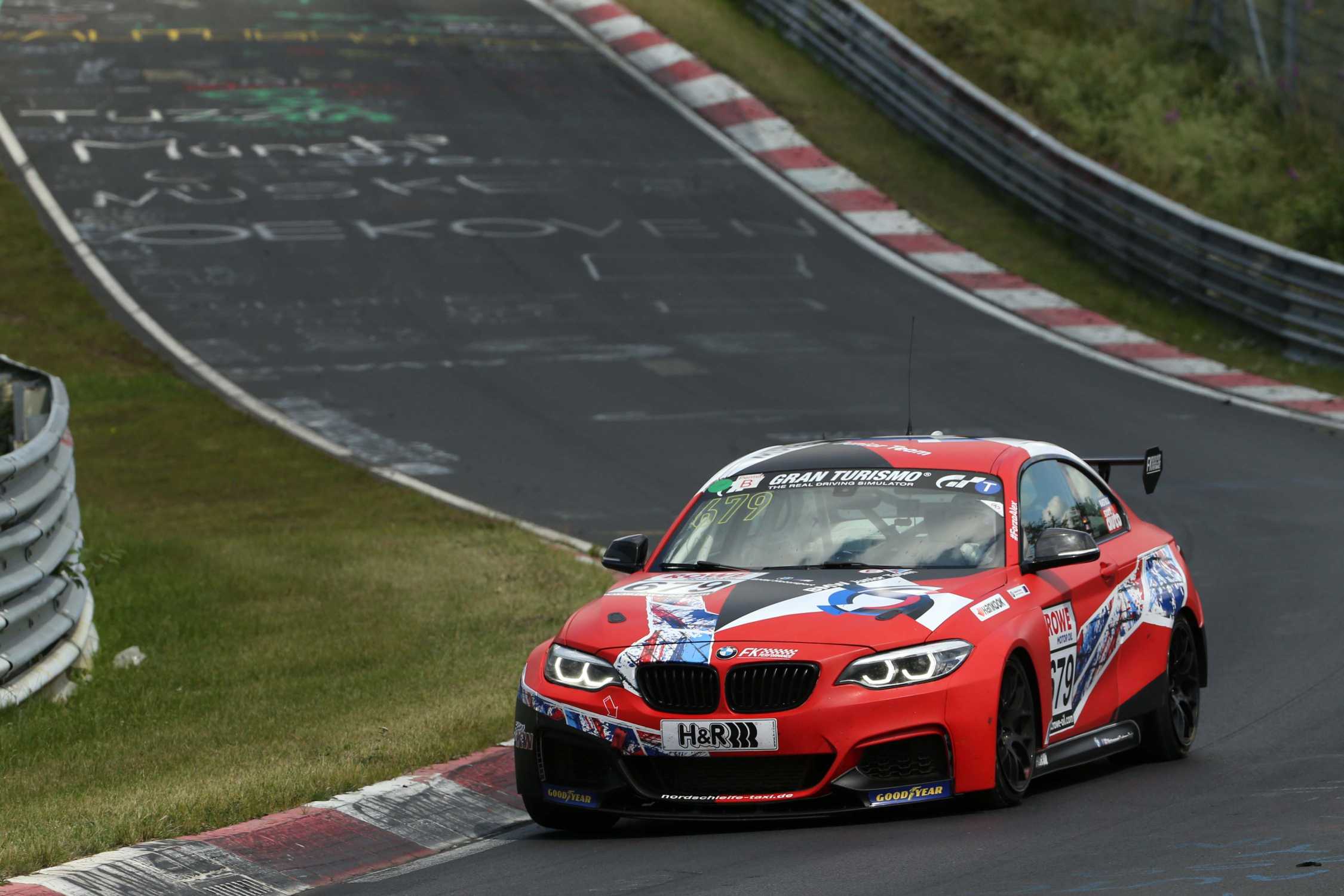 Whether in the DTM, the IMSA WeatherTech SportsCar Championship, the ABB FIA Formula E Championship, or countless other championships: Week after week BMW teams and drivers around the world do battle for points, victories and titles. Away from the track too, members of the large BMW Motorsport family around the world are also creating headlines. ‘BMW Motorsport News’ allows us to regularly summarise all the action for you in a compact and informative manner. This way, you are always up to speed.

BMW Junior Team: First win on the Nordschleife.
BMW Junior Team enjoyed two successful races on the Nürburgring (GER) to take an important step towards Permit A and the first competitive appearance in the BMW M4 GT4. Dan Harper (GBR), Max Hesse (GER) and Neil Verhagen (USA) appeared in two BMW M240i Racings to get an extremely high number of race kilometres under their belts in the hard-fought CUP5 class of the BMW M240i Racing Cup. After securing fifth and sixth places on Saturday, Harper and Verhagen saved the best for Sunday’s race. The duo moved into the lead early on, gradually extending their advantage and then celebrating a first win as BMW Juniors. Hesse and Verhagen finished fifth in the second car. “I’m still really fired up and cannot believe that we have celebrated a class win on our very first race weekend as a team,” said Verhagen. “That was one of the toughest races of my life, as I completed plenty of laps in both cars, but I am feeling fantastic.” Harper said: “None of us expected this win. It is a great step forward for our project.” Hesse agreed with that assessment: “We, as the whole BMW Junior Team, have taken a huge step forward this weekend. Our pace with both cars was very good on Sunday. Unfortunately, we did have a little problem that cost us some time. Nonetheless, we now all feel ready for the next level of our programme.”

GT4/TC America: BMW customer teams dominant at VIR.
BMW customer teams enjoyed an outstanding restart to the season in the GT4 and TC America at ‘VIRginia International Raceway’ (USA). In the GT4 America SprintX, Bill Auberlen and James Walker (both USA) claimed the wins in the first and second races of the season in the BMW M4 GT4 from BimmerWorld Racing. The duo secured second place in the third race. In the first race on Friday, Sean Quinlan and Greg Liefooghe (both USA) from Stephen Cameron Racing completed the one-two result for the BMW M4 GT4. Every podium spot went to BMW M240i Racing drivers in TC America. Johan Schwartz (DEN) from Hard Motorsport won the first two races but had to be content with second place behind Toby Grahovec (USA) from Classic BMW in race three. Grahovec had claimed second and third positions in the first two races. The remaining three podium spots went to James Clay (USA) from BimmerWorld Racing, who recorded one second place and two third places.

Sim Racing: BMW on the podium at virtual Spa-Francorchamps.
The real 24 Hours of Spa-Francorchamps (BEL) will take place at the end of October this year, and putting the clocks back that weekend means that it will be a 25-hour race. However, the sim racing schedule featured this classic race at the weekend. The iRacing 24h Spa-Francorchamps powered by VCO took place from Saturday to Sunday as part of the iRacing special events. The digital BMW Z4 GT3 secured a podium finish in a hard-fought race that delivered thrills right up to the final minutes as the MAHLE Racing Team claimed third position. The #3 car was driven by the Williams Esports drivers Lasse Bak (DEN), Agustín Canapino (ARG) and Arthur Lehouck (FRA). BMW works driver Bruno Spengler (CAN) also appeared on the virtual ‘Circuit de Spa-Francorchamps’. Together with Nils Koch, Alexander Voß and Kay Kaschube (both GER), he competed in the #089 BS+COMPETITION BMW Z4 GT3. After 24 turbulent hours of racing, the quartet crossed the finish line in sixth place and the second-best BMW team in the field. A total of four BMW Z4 GT3s made it into in the top ten. 30 out of 54 participating teams in the ‘top split’ were competing with a BMW.

About Michael Le Pard 5591 Articles
"Mr. Totalmotorcycle". Owner and Founder of Total Motorcycle. Supporting over Motorcyclists and Motorcycling for 21 great years. Total Motorcycle is my pride and joy and being able to reach out 330 million people has been incredible but I could not have done it without the support of my visitors, readers and members, thank you so much! You are making a difference to millions of riders worldwide. Thank you.
Website Facebook Instagram Twitter YouTube LinkedIn

Team Suzuki Press Office – March 6. Suzuki Motor Corporation has officially launched its 2021 FIM MotoGP™ World Championship campaign with the unveiling of the team line-up and livery. Since 2019 the rider combination has […]

Gettysburg, PA (November 20, 2018) – Gettysburg Bike Week is back for its 18th rally at the Allstar Events Complex in Gettysburg, PA with a Black Friday special on tickets, the ONLY discounted ticket offer leading up the […]