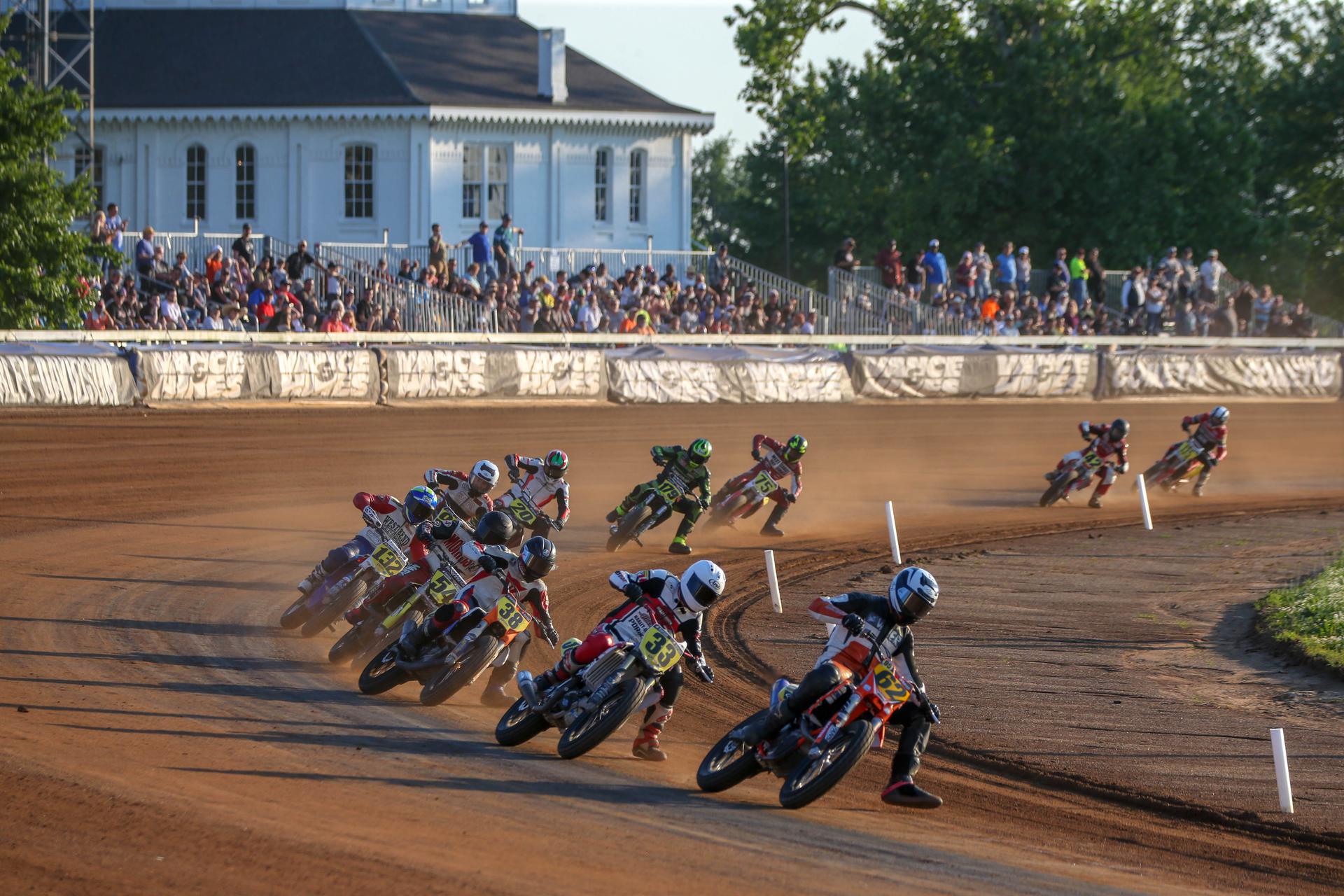 DAYTONA BEACH, Fla. (May 28, 2019) – American Flat Track will at last set the field loose on the first of 2019’s magnificent Miles with this weekend’s Indian Motorcycle of Lexington Red Mile on Saturday, June 1, in Lexington, Ky.

The spectacular Red Mile has existed primarily as a horse racing facility for its near century-and-a-half existence, but it’s adapted well to the hundred-fold increase in horsepower it has been subjected to since AFT first visited in 2017.

AFT Twins Champion Jared Mees (No. 1 Indian Motorcycle/Progressive Insurance FTR750) is the only AFT Twins presented by Vance & Hines rider to have won a Main Event at the Red Mile. In fact, the first running of the Red Mile in 2017 coincides with Mees’s emergence as one of the strongest Mile competitors in the sport. Prior to the 2017 stop in Lexington, Mees had a grand total of three Mile victories to his name. He’s won seven of eleven since that first Red Mile triumph, an impressive run that’s launched him inside the top ten in career AFT Mile wins.

Mees still has a long way to go to catch Bryan Smith (No. 4 Crosley Brands/Howerton Motorsports Kawasaki Ninja 650); Smith’s 25 Mile victories have him tied for third all-time with the legendary Bubba Shobert. Smith sat out the So-Cal Half-Mile in order to get his bike fully dialed-in ahead of this year’s Miles, and he and his crew have only had more time to prepare following the weather-related postponements of both the Sacramento Mile and Springfield Mile I.

AFT Twins title leader Briar Bauman (No. 14 Indian Motorcycle/Progressive Insurance FTR750) and the resurgent Sammy Halbert (No. 69 Harley-Davidson Factory Flat Track Team XG750R Rev X) are just two of a deep pack of potential contenders with both the pace and motivation to prevent this weekend’s Main Event from becoming another in a long list of Mees-Smith Mile showdowns that have featured so prominently in American Flat Track’s modern history.

Meanwhile, Jesse Janisch (No. 132 Roof Systems Dallas TX/Öhlins Yamaha YZ450F) storms into the Red Mile leading the Roof Systems AFT Singles presented by Russ Brown Motorcycle Attorneys championship fight based largely on the strength of his three early-season TT wins. Despite his undeniable TT success, it would be incorrect to write Janisch off as just a one-trick pony. He scored a pair of top-five finishes on Miles in 2018, including a fourth-place run at the Red Mile.

There’s also little denying that Shayna Texter (No. 52 Red Bull KTM Factory Racing SX-F 450) stands as a strong favorite entering this weekend. The tactical Texter is at her best when the speed increases to the maximum and the distance separating riders decreases to the minimum, as evidenced by her seven career Mile wins.

Also on the undercard, Cory Texter (No. 65 G&G Racing/Holeshot Powersports Yamaha MT-07) will put his perfect 2019 AFT Production Twins record on the line as the class resumes for the third of its eleven rounds.

There will be plenty of fun to be had off-track on race day as well. MOJOTHUNDER will perform its unique blend of swaggering rock and roll and American roots music live at the Red Mile, while the Fan Zone will include dedicated motorcycle parking, numerous vendors, and plenty of food options.

Earl and Rose Hayden — parents of the late, great Nicky Hayden — will serve as the race’s Grand Marshals. Additionally, AFT Events will donate $1 from every ticket sold for the Red Mile to benefit the Nicky Hayden Memorial Fund to help further the efforts of Nicky’s family in this community.

Back To The Glorious Silverstone Circuit For Team Suzuki ECSTAR

August 23, 2017 Michael Le Pard News Comments Off on Back To The Glorious Silverstone Circuit For Team Suzuki ECSTAR

Team Suzuki Press Office – Aug 23. Team SUZUKI ECSTAR is heading to Great Britain and the Silverstone circuit where last year the GSX-RR got its first victory in the MotoGP class after its […]