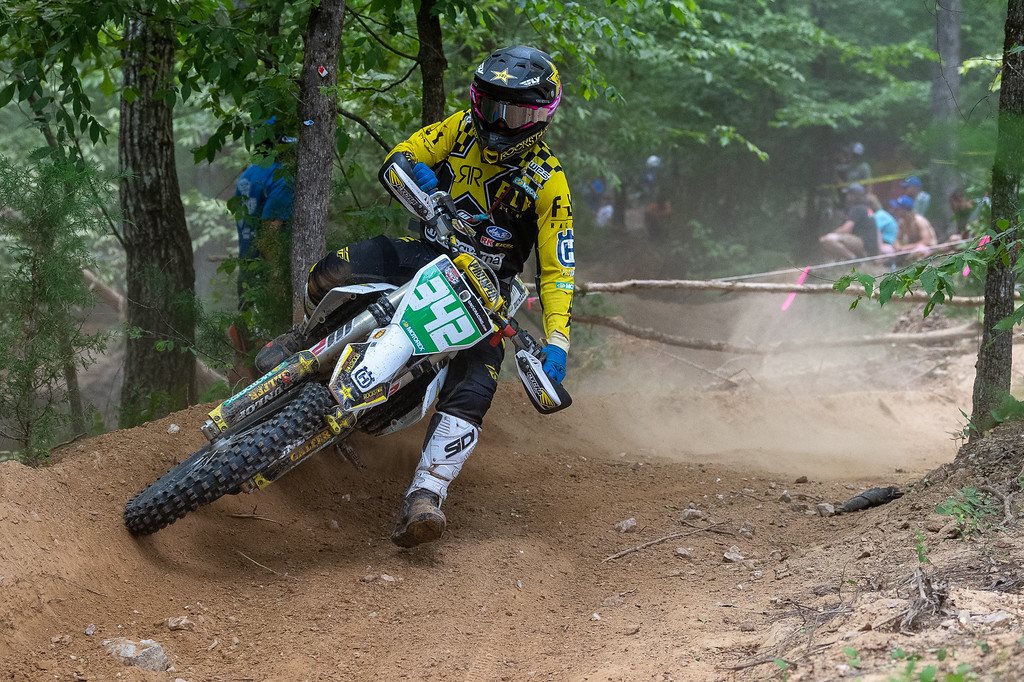 Rockstar Energy Husqvarna Factory Racing Team’s Craig DeLong earned his second-straight XC2 250 Pro class victory at Sunday’s fourth round of the 2020 Grand National Cross Country (GNCC) Series in Washington, Georgia. Amidst an impressive performance in the class, where he now sits atop the championship standings, DeLong also secured third overall on the day to obtain a third-place ranking in the overall championship standings after four rounds.
Off the start, DeLong powered his FC 250 off the line to capture the holeshot and early lead in the XC2 250 Pro class. He immediately put his head down and charged early on to put himself into the overall lead on adjusted time and he continued that momentum as he physically passed his way through the XC1 field. With as much as a 54 second lead at the halfway point, DeLong admittedly slowed the pace in the final laps to finish with a comfortable eight-second victory over the second-place rider. With four rounds completed, DeLong now holds the lead in the XC2 250 Pro Championship.
“It felt weird to take some time off, so to be back racing feels really good and it’s even better to come away with my second-straight win,” DeLong said. “I had some pre-race jitters, I felt like it was the first race all over again but I’m happy to get it over with and keep moving forward in the championship standings. We’ve taken over the lead there and that’s really my goal right now and that’s ultimately what we’re working for.”

It was a monumental day for Zach Osborne and the Rockstar Energy Husqvarna Factory Racing Team, who wrapped up their first-ever AMA 450MX Championship on Saturday at the season finale in Pala, California. Despite the […]