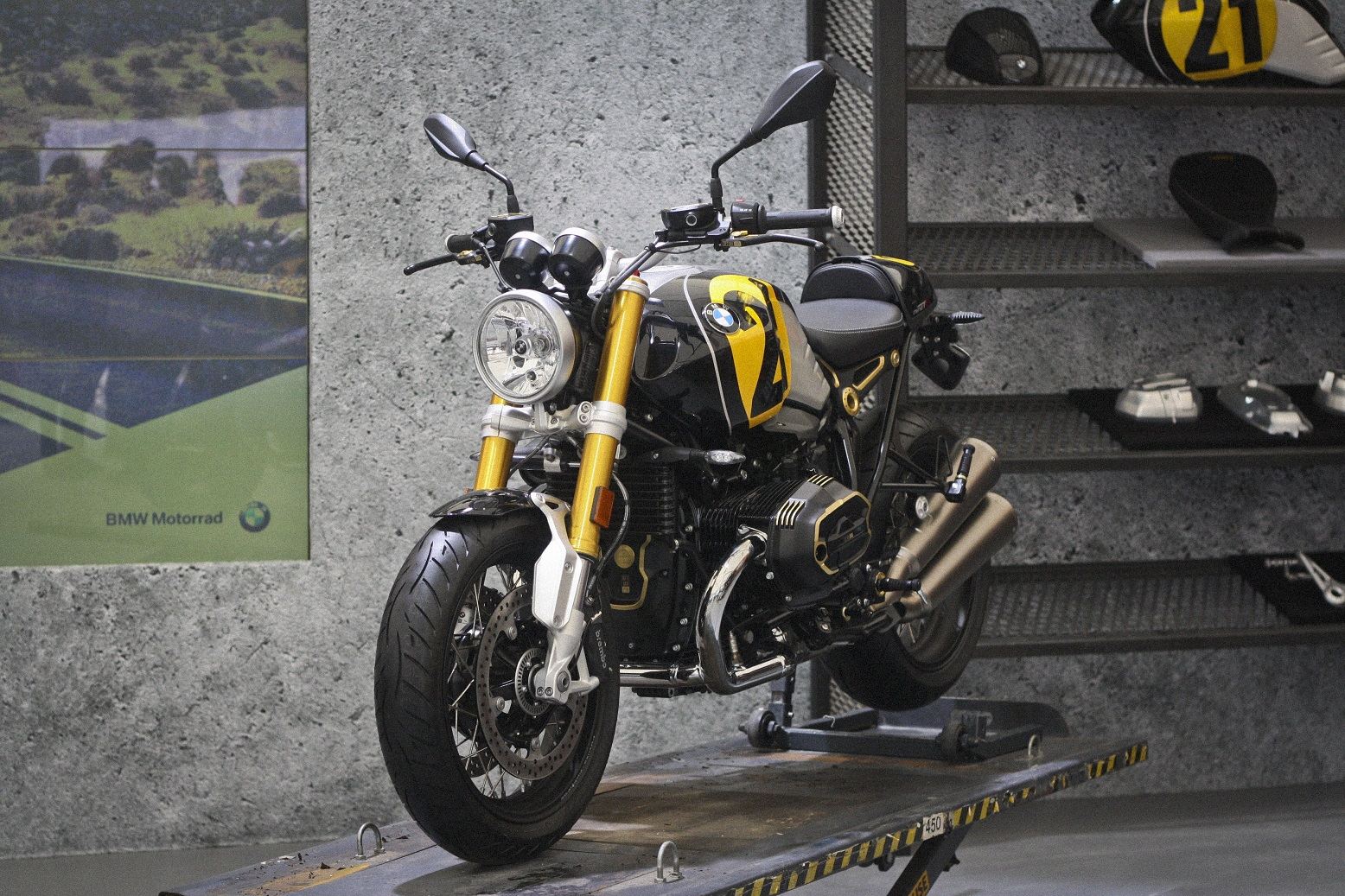 BMW Motorrad sold more motorcycles and maxi scooters in 2017 than ever before. Compared to the previous year, deliveries increased by 9.5%. As of June 2017 a total of 88,389 vehicles (previous year: 80,754 units) were supplied to customers.

Stephan Schaller, General Director of BMW Motorrad: “For all of us at BMW Motorrad it is a great pleasure and a confirmation of all our efforts that our customers continue to show us that we are on the right track with our model initiative.”

The German motorcycle market remains the single biggest market for BMW Motorrad. With 14,461 units sold, BMW Motorrad boosted sales by another 4.9% and is thus the overall market leader. In the US, BMW Motorrad achieved a further increase by 3.8% with 7,157 units in the fist six months of the year.

The highest-volume BMW Motorrad model series traditionally is the R Series. The motorcycles equipped with the hallmark BMW boxer engines, achieved a sales share of 49,240 units in the first half of 2017. The two travel enduros R 1200 GS and GS Adventure lead the ranking list of the BMW Motorrad top sellers. The R 1200 GS alone achieved a sales plus of 17.3% with 17,159 units sold in the first half of 2017 and was able to expand its dominant position in the big travel enduro segment even further.

The sports-oriented BMW S Series with the S 1000 RR Supersports Bike, the S 1000 R Power Roadster and the S 1000 XR Adventure Bike are a key pillar in the BMW Motorrad model range in 2017, too. Overall 12,763 S models were delivered worldwide.

A further key factor for BMW Motorrad’s success in the first 6 months is the R NineT family which now includes 5 models. The currently latest member of the popular heritage family, the R NineT Urban GS, was launched successfully as recently as June.

Further impressive models in the pipeline.

With the G 310 GS another very interesting model is already waiting in the starting blocks. Above all the South American market is showing high demand for the 310 GS. The smallest member of the GS family is characterised by extreme agility and robustness making it ideally suited for dense city traffic and also for riding on unsurfaced roads outside urban areas.

The HP4 RACE will be already be available from September. The concentrated package of state-of-the-art technology, finest motorsport components and unique carbon fibre parts sets new standards in the Supersports segment. This special edition is limited to 750 units guaranteeing highest-level exclusivity for its owners.

With its silky-smooth 6-cylinder engine, the new K 1600 B rounds off the list of new models for 2017. From August, US customers and from September European customers will be in for exclusive bagger style 6-cylinder thrills and fascination.

BMW customers, motorcycle enthusiasts and interested individuals from all over the world met up for the 17th time from 7 to 9 July for the legendary BMW Motorrad Days in Garmisch-Partenkirchen, the biggest public event organised by BMW Motorrad. “We would like to send out another big thank-you to the more than 40,000 fans and visitors this year”, says Timo Resch, Head of Sales and Marketing of BMW Motorrad. “They turned Garmisch-Partenkirchen into the centre of the BMW Motorrad Community once again with their great level of enthusiasm.”

Apart from the already presented BMW Motorrad models for the 2018 model year, the BMW Motorrad Days were also dedicated to showing two special innovations. It was the premiere for both the BMW Motorrad Spezial range and the new Connectivity with TFT display special equipment.

In 2017, too, BMW Motorrad is continuing its model initiative with the broadest and most attractive product portfolio in its history. Timo Resch states: “With a plus of 9.5 % after the first six months, we are well on track to set a new sales record at the end of this year. We will not be letting up in the future and will do everything in our power to remain the benchmark in the premium motorcycle segment.

Now through December 31, 2017. For a limited time, finance as low as 0% APR on all 2016 and 2017 BMW motorcycles, at participating BMW Motorrad dealers. Ask your salesperson for details. *Promotional rate as […]