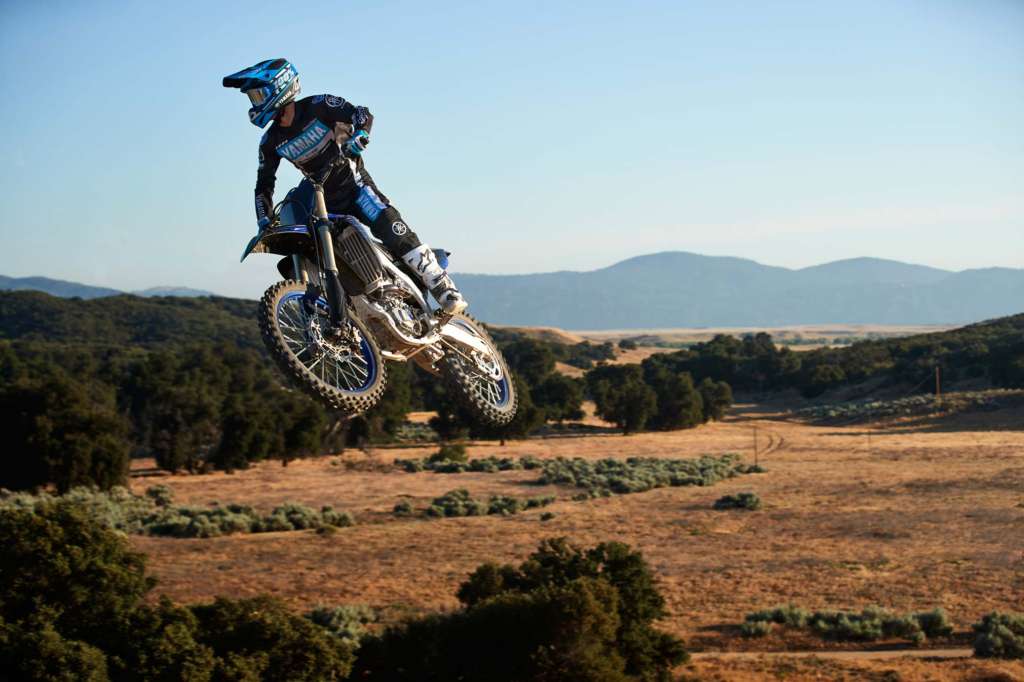 Monster Energy Star Yamaha Racing’s Colt Nichols scored his second-straight victory in dominant fashion Saturday night in Indianapolis to take over the points lead in the Monster Energy AMA Supercross 250SX East Championship. His teammate Christian Craig salvaged a fifth-place finish after coming together with another rider in the final corners of the race.

The Monster Energy Star Yamaha Racing duo came into the first of three rounds at Lucas Oil Stadium tied at 70 points and sporting red plates on their Yamaha YZ250Fs. Craig got the night off to a good start with his third Heat win of the season, while Nichols charged back to finish .458 of a second behind the Californian. In the Main Event, the Oklahoman grabbed the holeshot with his teammate in tow. Nichols was able to pull away, leading from start to finish with nearly a 10-second margin of victory at the checkered flag.

Getting caught up in lapped traffic, Craig started to lose touch with his teammate but was holding down the runner-up spot. Unfortunately, in the final moments of the race, he and another rider came together with both riders going down. Craig quickly rejoined to cross the line fifth and salvage some points in the championship.

Nichols heads into Round 5 of the Monster Energy AMA Supercross 250SX East Championship with an eight-point lead over his teammate. It’s just a short break, however, as the Monster Energy Star Yamaha Racing duo return to action on Tuesday, February 2, at the Lucas Oil Stadium in Indianapolis.

“It was another great night for Colt. He rode a great race and led start-to-finish. Christian was running second and then came together with Jett (Lawrence) before the whoops and both went down and lost positions. It’s unfortunate to miss out on another double podium, but it was still a positive night. I’m very happy for Colt and his performance. We’ll come back on Tuesday and look to top the podium again with both guys.”

“It was just drama-free, which is just the way I like it. I finally got off the gate really well and controlled the inside on the first turn, which is something that was pretty key tonight. I really just tried to put in my laps, and once I got a big enough gap I could kind of see where Christian was, and also (Michael) Mosiman and Jett (Lawrence). I was keeping tabs on everybody just so I knew if I needed to pick it up or whatever I needed to do. It was really just about managing the lappers. We got into them pretty thick again tonight. Overall, I felt like I just rode really well and was able to do my own thing. I did not have to be in a battle like I was in the first three rounds. So that felt pretty nice.”

“The day started off well in Indy and I was feeling good with the track. I won my heat race and went into the Main confident. I started second behind my teammate and was able to latch onto him for a bit, but once we got into lappers he got away. I made some crucial mistakes towards the end of the race and with two corners left I hooked bars with another rider and we both went down. I ended up fifth, unfortunately. I’m looking forward to Indy 2 on Tuesday for some redemption!”

Movistar Yamaha Get Back To Business at the Buriram Test

February 16, 2018 Michael Le Pard News Comments Off on Movistar Yamaha Get Back To Business at the Buriram Test

Movistar Yamaha MotoGP Team’s Valentino Rossi and Maverick Viñales were keen to get reunited with their YZR-M1s today at the start of the Buriram MotoGP Official Test. The teammates were back on track to build […]