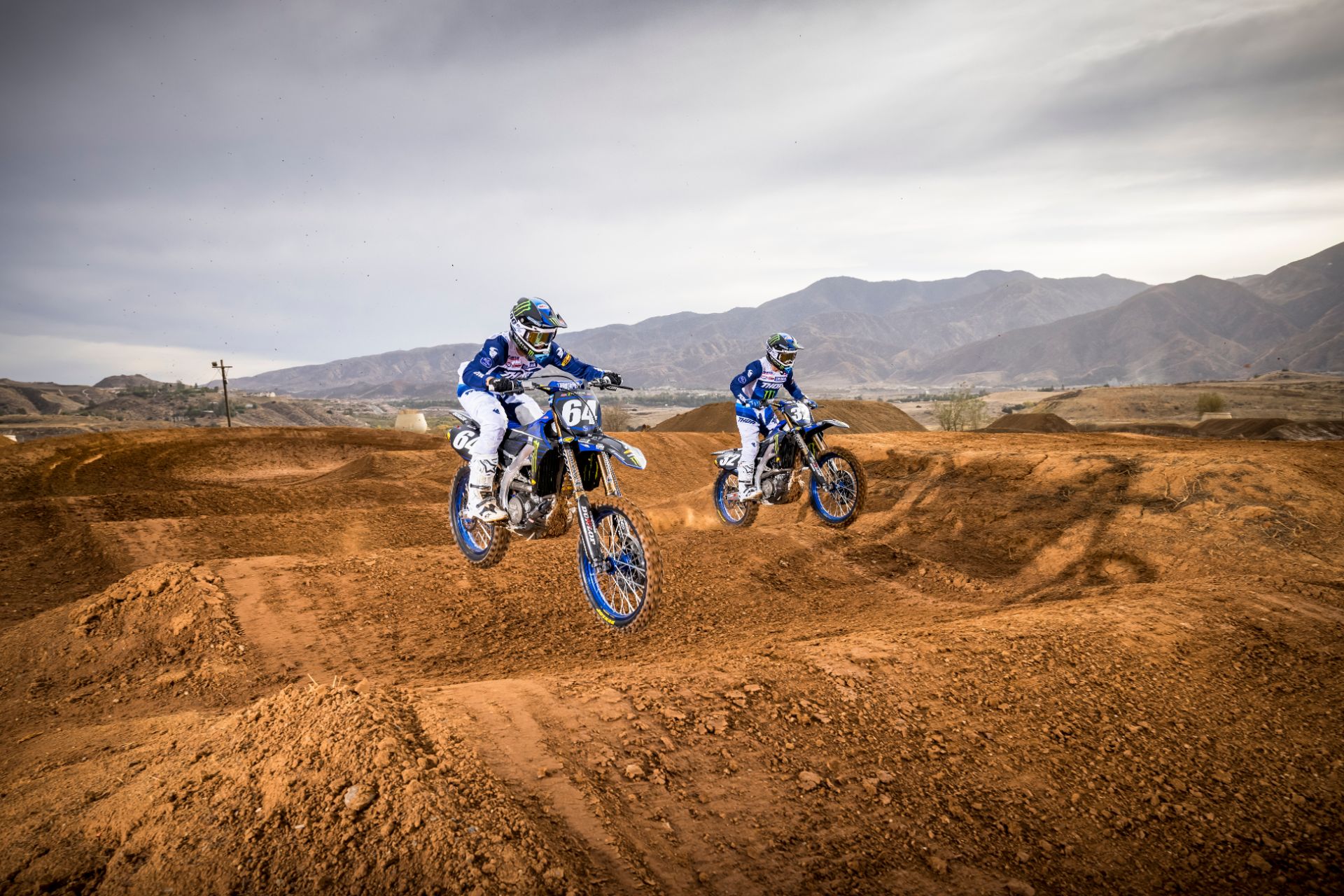 Nichols is coming off a standout Monster Energy AMA Supercross season. He scored three wins and never finished off the podium to secure the 250SX East crown by nearly 30 points. After being sidelined last year with an injury, the Oklahoman is eager for his Pro Motocross return and looks to carry his momentum to the outdoors.

Teammate Cooper also heads into the 12-round season with a lot of confidence. Since his start with the team, the New Yorker has been a proven title contender, finishing third in the 250MX Championship in 2018 and 2019, and fifth last season after coming back from an injury. Cooper took three wins this year en route to the 250SX West Championship and looks to come out swinging at this weekend’s season opener at Fox Raceway.

Also eager for his return to Pro Motocross racing is Martin, who reunited with the team in 2021. The Minnesotan has an impressive record outdoors and finished last year in the runner-up position. Unfortunately, he was sidelined early with an injury at the opening 250SX West round in Orlando, Florida. Back to full fitness, he looks to return to championship glory with the team he secured the titles with back in 2014 and 2015.

The young Thrasher impressed with his stellar pro debut in a stacked 250SX West class, taking two dominant wins on a demanding track at Atlanta Motor Speedway. He joined the team late last year at the penultimate round in Colorado and had a good showing. The 18-year-old has been hard at work preparing for his first full outdoor season and looks to turn some more heads.

Frye is fired up for his first full season of Pro Motocross. He made his pro debut last season at Spring Creek and showed progress at each round, ending the year with four top-10 moto finishes. The young rider from Maryland had a tough debut season in Supercross and is looking for some redemption.

“Having this month off gave us time to really get into the groove for the outdoor season. We have been working hard and our guys have been riding great. We are ready to see where we stack up!”

“I’m very excited to get the outdoor season started this weekend at Pala. It’s kind of a home race for most of us and it will definitely be nice to sleep in our own bed the night before the race. We’ve had a productive four weeks or so after supercross and I’m ready to get the series started!”

“I’m super excited to start off another championship! The outdoor races are always gnarly, but I feel like we’ve put in the work with the team, so I’m pumped to see how we do. I’m going to go out there and enjoy it!”

“I’m very excited to have the opportunity to finally race this weekend. It’s been a long time since I’ve lined up due to an injury, so I’m ready to get the butterflies again and see how competitive I’ll be at Pala.”

“I’m ready to get back on the gate for the outdoor season and see where we stack up. It’s been nothing but hard work this off-season and it’s time to take it outside!”

“I’m ready to get back to racing after a few weekends off and get the Pro Motocross series started. I’ve had a good couple of weeks of outdoor training, now it’s time to line up this weekend at Pala!”

Team Suzuki Press Office – July 7. The 2017 Suzuki Gixxer Cup Championship gets underway this weekend at the Kari Motor Speedway in Coimbatore, India with a new line-up of enthusiastic young riders ready to […]

Watson Injured in Practice at the German Grand Prix

Following an unlucky fall in the first practice session at the tenth round of the FIM MX2 World Championship in Teutschenthal, Germany, Monster Energy Kemea Yamaha MX2’s Ben Watson has broken his hand and will miss […]