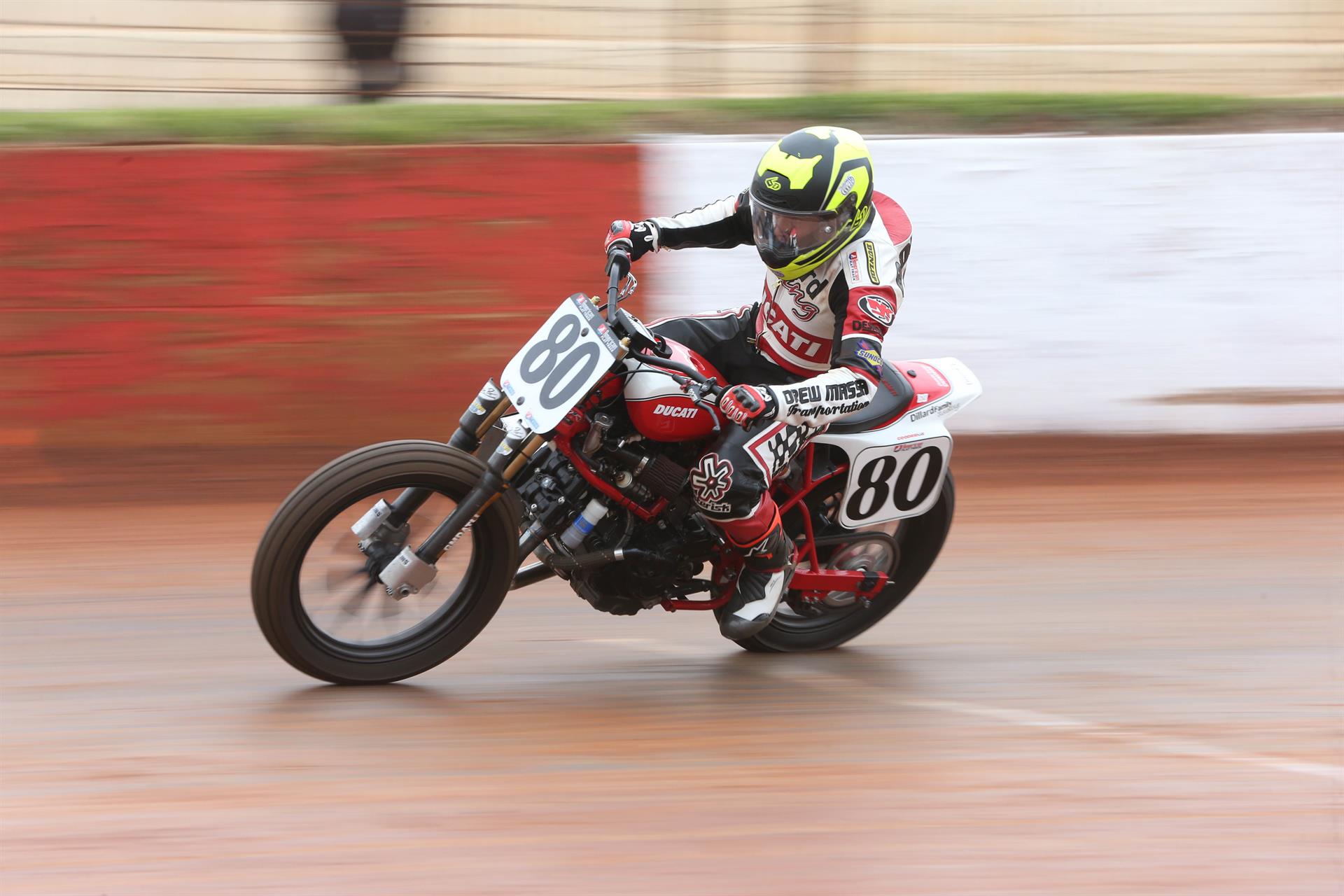 DAYTONA BEACH, Fla. (August 31, 2018) – American Flat Track has named Ducati the presenting partner of its 2018 season finale – the Meadowlands Mile presented by Ducati – to be held in the New York City metro area on October 6 at the famed Meadowlands Racing and Entertainment complex in East Rutherford, NJ.

“We are delighted to welcome Ducati on board to help us celebrate the arrival of AFT racing to the NYC metro area,” said Michael Lock, CEO of American Flat Track. “The combination of its brand’s proud heritage in racing and its huge big-city fan base will really raise the temperature for what promises to be an exciting, big-track finale to the season.”

Imagine the world’s fastest flat track riders on the fastest flat track racing machinery – all ripping and drafting around the ultra-fast Meadowlands Racing and Entertainment racetrack at over 130 mph, with potential championship glory on the line. It’s the perfect mix of grit and glitz, with some Parmesan sprinkled on top for good measure thanks to Ducati’s event partnership – its first-ever with American Flat Track.

It’s entirely fitting, too, that Ducati Testastretta-powered machines from the Lloyd Bros. team with Stevie Bonsey aboard will be in action at the AFT finale.

“The Meadowlands Mile is the perfect venue for Ducati to partner with American Flat Track,” said Jason Chinnock, CEO of Ducati North America. “Ducati fans from all over the NYC metro – and from all over the country, really – will join us to cheer on our team and share the thrills of racing we know AFT’s season finale will deliver.”

Ducati will have a major presence at the finale. There will be a lively, SOHO-district party prior to Saturday’s race at flagship dealer Ducati New York (details to come), and even more tricolore-accented attractions at the Ducati Island spread at the racetrack itself: Bikes, gear, accessory displays, free VIP parking for all Ducati riders, VIP areas, owner’s club activations and much. Think Laguna Seca-meets-Manhattan and you’ll get the idea.

Parking for everyone is free on race day, and fans will find plenty to do in addition to the Ducati-themed areas: vendors, live music, plenty of food and drink options and a fireworks display – just the thing to cap off an amazing evening.

A host of VIP ticket and dining packages are available for AFT’s grand finale, including the luxurious Trotters club, which features 5-star dining overlooking the racing action. See https://www.showclix.com/event/meadowlands-mile for details.

“We are excited to host American Flat Track’s Meadowlands Mile presented by Ducati,” said Jason Settlemoir, COO and GM of Meadowlands Racing & Entertainment. “This event will bring in thousands of fans that will see the Meadowlands Racetrack and the FanDuel Sportsbook for the first time. I’m positive they will enjoy the festivities and make a return trip to our track!”

MIXED CONDITIONS BUT A USEFUL DAY 1 IN MOTEGI

October 19, 2018 Michael Le Pard News Comments Off on MIXED CONDITIONS BUT A USEFUL DAY 1 IN MOTEGI

Yoshimura Suzuki Factory Racing’s Roger Hayden has announced his intention of retiring from professional racing at the end of this season. The former AMA Supersport Champion, the youngest of the world-famous Hayden brothers, has been […]