A small, lightweight bike that can take you to places and allow you to do things that heavier and bigger bikes can’t…

The FXR, is a street legal version of the FX, with DOT / EMark headlight, tail light and turn signals. We have included a digital dash with speedometer, and trip meter. The bike is keyed with a lock cylinder. We have included large down tubes to accommodate a large Motobat high output battery.

Cleveland CycleWerks has been churning out niche production motorcycles since 2009. The FXx was released worldwide in Late 2014 (2015MY) with the 110cc auto-clutch motor, kick start only. Customers in SE Asia and Japan asked for on on-road version, as a small company, we are more then happy to meet the requests of our customers.

The FXR sets a new direction for Cleveland’s modern line of bikes. Cleveland’s FX models fill a niche need in the market, smaller, lighter, skinnier, less complex and less competition focused then the current mainstream offering. The FXx is a focused offroad and track bike, it is not however, squarely focused on competition 250cc class racing.

The reduction of components and complexity feels quite unique in a market obsessed with adding more features and more tech. The FX is a unique product that is focused on fun for the other 99% of people who are not competing in a 250cc class race. Think makeshift oval track at Mid-Ohio, scrambler trails, smaller tracks, go-cart track motard, and you are thinking FX territory.

Scott Colosimo describes the Cleveland FX models best, “A BMX bike with a motor.” He elaborates, “I have been dreaming of riding a bike like this since I saw Matt Hoffman motorize his Hoffman Condor and take it off his massive 1/4. It has been in my mind for years, it’s something I obsessed about as a kid.”

Some of the unique features are the FXx and FXr: 21-21″ aluminum wheels, weight 85KG (187lbs) wet. The FX has a tremendous amount of ground clearance at 360mm (14.2″). Rear Swing arm is high tensile strength steel. The steel frame doubles as the gas tank. We have added electric start for 2016/17, all motors are now 125cc hand clutch. The FXR has a longer rear subframe to accommodate the rear lights, fender and plate mount. We have a digital dash on the FXr with gear indicator, tachometer and warning lights.

All bikes from 2016 on, will come with non-adjustable inverted forks, and mono shock in the rear. The FXr comes with a fully adjustable rear piggyback shock. We are still producing the 110cc auto clutch version for outside the USA in both FXx and FXr variants. 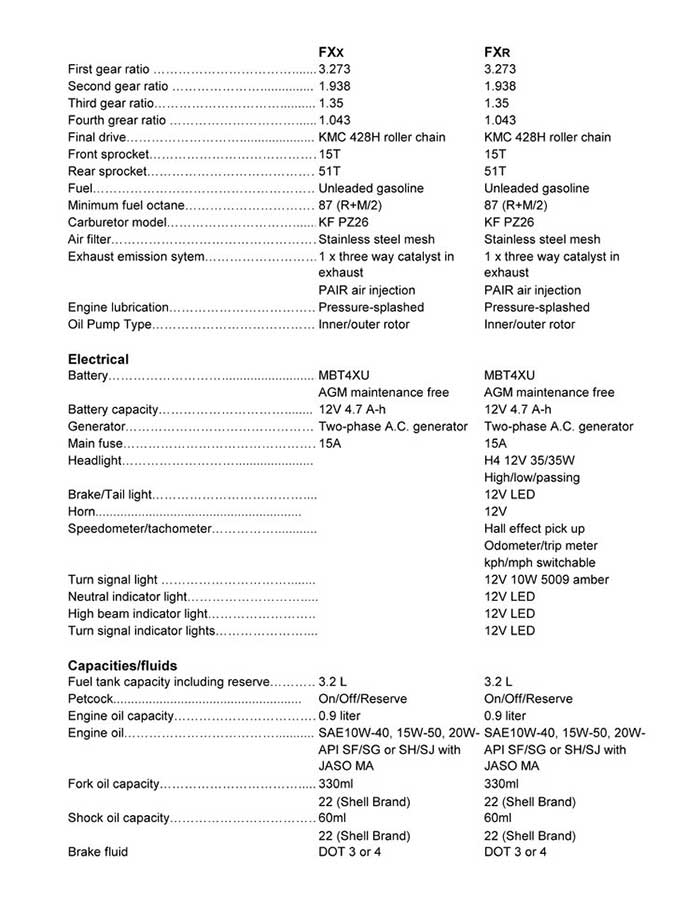