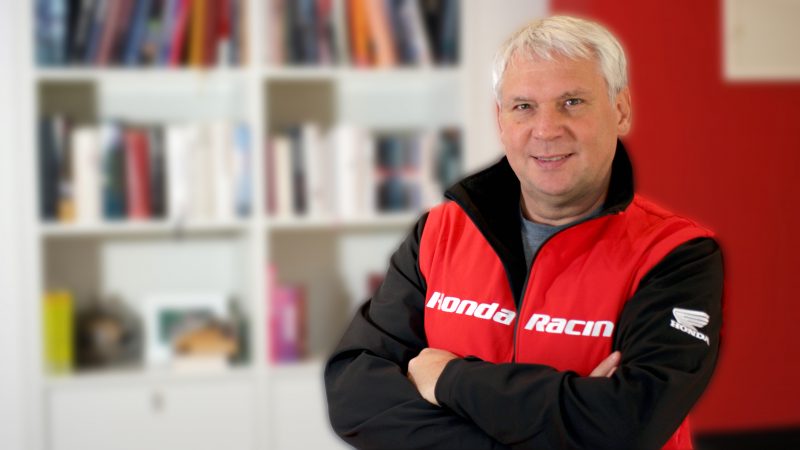 Honda Motor Europe is pleased to announce that an agreement has been reached with Triple M Racing to run a third Honda CBR1000RR Fireblade SP2 machine in the 2018 FIM Superbike World Championship.

Triple M Racing will therefore be the satellite team of Honda in the upcoming edition of the series, which will be contested over thirteen rounds. The 2018 season starts on February 25th at Australia’s Phillip Island Circuit, with the finale scheduled on October 27th under the floodlights of the Losail International Circuit in Qatar.

The team has been a constant presence within the World Superbike paddock since 2013 by racing in the Superstock 1000 category. As a natural step in the continuing growing effort and investment within motorcycle racing through the years, team owner Matthias Moser has decided to take the team up to the main class of production-based motorcycle racing and to do so with Honda, the world’s leading motorcycle manufacturer.

Matthias Moser
Team Owner
I feel very honoured and pleased that my team, Triple M Racing, has been selected by Honda as their official satellite team to compete in the Superbike World Championship. I am convinced that the Honda CBR1000RR Fireblade SP2 has a great potential and that we can help to demonstrate its competitiveness on the track in 2018 and beyond.
– Triple M Racing

Marco Chini
Honda’s WorldSBK Operations Manager
We’re absolutely delighted to welcome Triple M Racing into the Honda family and look forward to working with them in the World Superbike class. We’re also honoured that Matthias has decided to choose Honda as the manufacturer to make this important step into the series with. Triple M Racing is a strong team built on high professionalism and healthy ambition, and driven by the same goal of success that defines our brand.
– Honda Motor Europe