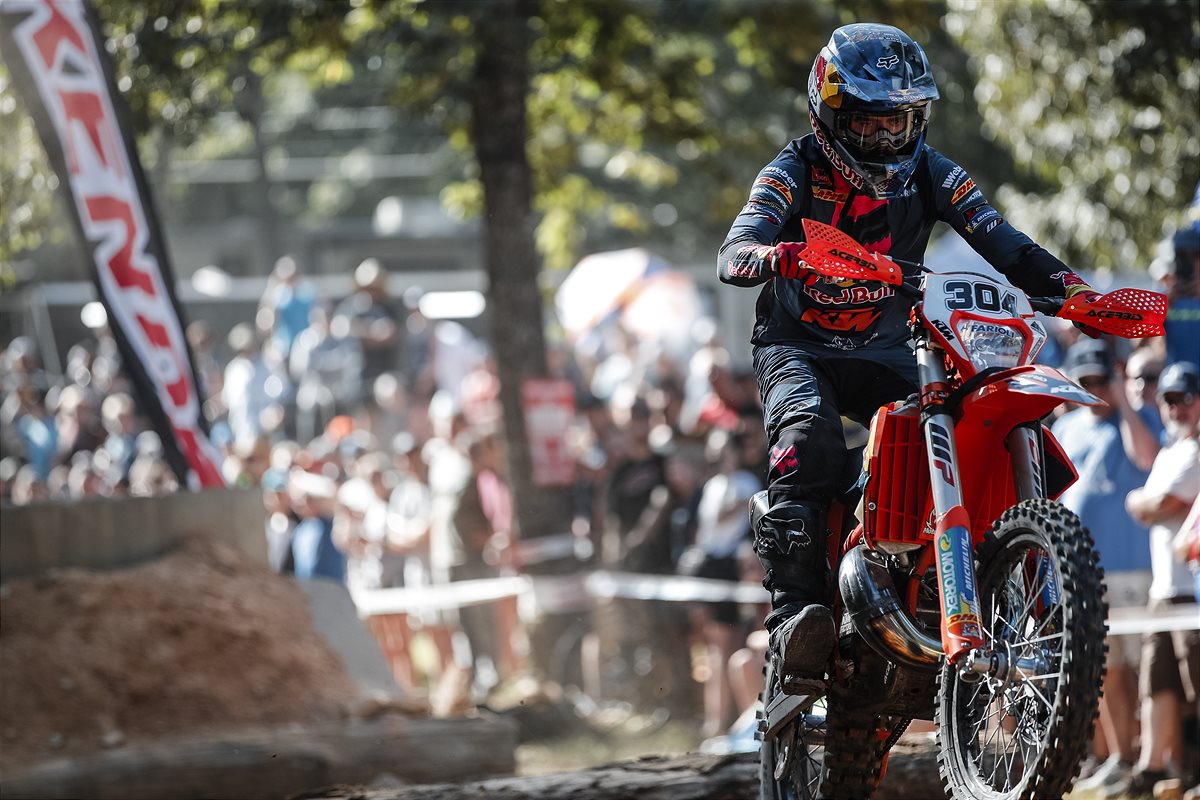 An unknown event for almost all top HEWC competitors, HERO Challenge will include a qualifying race on Saturday featuring motocross, enduro, and superenduro elements. Taking things into the evening, the top 30 qualifiers will compete in a separate superenduro event. Sunday will then see the main event, the three-hour, 15-kilometre extreme cross-country race take place at the Dabrowa Gornicza race circuit.

Injecting more speed work into his training programme in recent weeks ahead of HERO Challenge, Mani expects the Polish event to be high-paced, deliver close racing, and feature much higher speeds than previously seen at any round of the championship so far. Heading to Poland with a slender one-point lead at the top of the FIM Hard Enduro World Championship standings, after coming agonizingly close to winning at round five, Red Bull TKO in the USA, Mani is fired up to return to the top step of the podium and extend his margin at the head of the series standings.

To see Mani in action at Red Bull TKO and to hear what he has to say about his incredible hat-trick of Red Bull Romaniacs wins.

Manuel Lettenbichler: “This race is a new one for everyone, which I think certainly adds a little bit of excitement to it. It’s not too clear how the race will be exactly, but it looks like it will be a fast cross-country course with some hard enduro sections, which is a lot different to what we’ve raced on so far this season. In preparation for this one I’ve been working on my overall speed, to bring my level up a little bit, and I’m feeling really good at the moment. I think it will be an interesting event and I think the format will make for close racing and throw up a few surprises. I’m excited for the weekend and I hope to be holding onto the series lead come Sunday evening.”

HERO Challenge is a two-day event that takes place in Dąbrowa Górnicza, Poland on September 11-12.

About Michael Le Pard 6335 Articles
"Mr. Totalmotorcycle". Owner and Founder of Total Motorcycle. Supporting over Motorcyclists and Motorcycling for 21 great years. Total Motorcycle is my pride and joy and being able to reach out 330 million people has been incredible but I could not have done it without the support of my visitors, readers and members, thank you so much! You are making a difference to millions of riders worldwide. Thank you.
Website Facebook Instagram Twitter YouTube LinkedIn