The Honda Endurance Racing team have finished the 2017-2018 FIM Endurance World Championship in third place today, wrapping up the season in style at the Suzuka 8 Hours. The result marks the team’s highest finish to date in the endurance championship.

Hosting the fifth and final round of the EWC series, the Honda-owned Suzuka circuit in Japan was the perfect backdrop, as Honda’s endurance specialists looked to finish the season on a high. However, as the eight-hour race got away, challenging conditions greeted the team and the CBR1000RR Fireblade SP2.

It was Yonny Hernadez who started the race for the team in their qualifying position of 18th place. As the lights went out heavy rain started to fall over the 5.821-km circuit, however Hernandez took the wet conditions in his stride and worked through the field and into 11th position.

Working in rotation across the race Hernandez, along with Honda’s endurance regulars Sébastien Gimbert and Erwan Nigon, all masterfully handled the CBR in the challenging conditions, where race strategy played such a huge part with the changing weather.

Pushing hard and completing 194 laps, in a highly competitive race, the Honda Endurance Racing team crossed the line in ninth place and were the third European team to finish within their usual EWC rivals.

It has been a superb season for the team aboard the Fireblade, who have fought hard in the EWC series and enjoyed podiums at both 24-hour races, the Bol d’Or finishing third and taking second-place at the gruelling 24 Heures Motos.

I am happy, third position is good for me; I work very hard with my teammates and ultimately I am happy for everyone and I am sorry to Greg that he’s not here to celebrate with us. Erwan is my best friend and to share this experience with him this year has been perfect. A huge thank you to the Honda team, every time they work to the maximum and make sure we have the best bike we can possibly have. The race today was not easy, but it never is at the Suzuka 8 Hours, the conditions were also very bad and at one point I was riding with a slick tyre in the rain and everyone around me crashed, but I was very lucky and managed to ride through! But I am happy today at Suzuka is a good result and we finish the championship well. 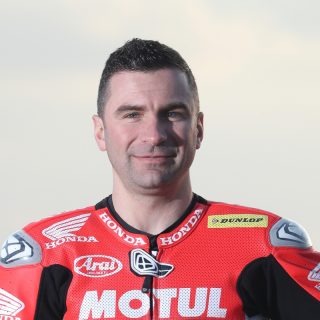 It’s a great feeling to be third in the endurance championship and it’s a great finish for the team. I joined Honda this year and each race we progress and we proved that we can have podiums and we can fight for the championship. Honestly we push to the max for this and the whole team worked so hard and I cannot thank them enough. For sure we don’t win, but the result is good for the team and compared to last year it’s one, maybe two-three steps forward and it’s a good sign for the team. The race here today was crazy, the conditions change so much and it was not easy! Every race of course isn’t easy, but we find a good way here and we finished in the top-ten, which at Suzuka is hard as it is very competitive. 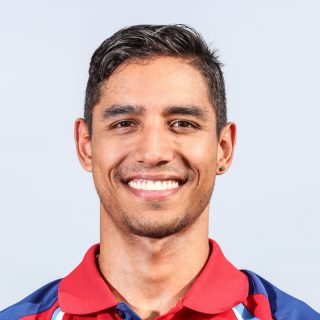 I am very happy with the race result today, we finish well and we were safe, there were a lot of crashes today with the weather. I started for the team, which was a little nervous as it was the first time I start an endurance race, but I was happy with my start and I made up a lot of positions. We fight hard throughout to finish in the top-ten and it’s very positive. I think perhaps I could have done more, but I had a safety car for over one-hour and for me it was my first time behind the car for a long time, and I had to warm the tyres back, which had cooled and with the wet track it was difficult to get the heat back into them. It’s been a great experience, I have always wanted to race at the Suzuka 8 Hours, so thank you to Honda for giving me this opportunity.

It was a busy race that’s for sure! At the start we weren’t sure whether to go out on slicks or wets, or what to do really and it continued that way throughout the race, with the rain always threatening. We spent most of the race crunching numbers, working on the strategy and options should different things happen, and it worked out well for us. I think that perhaps we could have pushed on a little more and fought for eighth maybe, but some things didn’t quite go our way. The Fireblade was great throughout the whole race and really strong, the guys pushed hard and to finish ninth at Suzuka, which is one of the hardest and highly competitive races in the world. We also take third place in the FIM Endurance World Championship, which is just fantastic and the only way now for us is to move forward. I’d like to thank the whole team who have worked so hard this year, it’s not been easy at times but they’ve all shown great teamwork and worked extremely hard to get us to where we are today. We are very blessed with such experienced endurance riders with Séb, Erwan and Gregory, and also Yonny, who started the year with us at the Bol and finished with us stepping in for Gregory who sadly missed this event due to injury – it’s been a great season and thanks to everyone involved.

Sunday 29 Jul 2018, 10:32 UTC
About Michael Le Pard 5308 Articles
"Mr. Totalmotorcycle". Owner and Founder of Total Motorcycle. Supporting over Motorcyclists and Motorcycling for 21 great years. Total Motorcycle is my pride and joy and being able to reach out 330 million people has been incredible but I could not have done it without the support of my visitors, readers and members, thank you so much! You are making a difference to millions of riders worldwide. Thank you.
Website Facebook Instagram Twitter YouTube LinkedIn

With one of Europe’s biggest bike shows taking place in Milan this week, the world’s leading motorcycle manufacturers have been unveiling even more new machinery for 2019 – the majority of which will make their UK debut at Motorcycle Live at The NEC from […]