The Honda Endurance Racing team finished the 24 Heures Moto of the FIM Endurance World Championship in second position on the podium. Randy de Puniet, Sebastien Gimbert and Yonny Hernandez had to give their all as the fight for the victory was decided in the last three minutes of the race only.The Honda Endurance Racing team entered the podium of the 42ndedition of the 24 Heures Motos of Le Mans. For the second round of the 2018/2019 FIM Endurance World Championship, Randy de Puniet, Sébastien Gimbert and Yonny Hernandez fought to a heroic runner-up position after a gruelling full day distance.

After leading the race in the opening stages, the rear light broke lose and had to be fixed including a switch of the circuit. This was managed with a loss of only a bit over three minutes.

The team then head out on track again, taking on the battle down in eleventh position. But the Fireblade trio of de Puniet, Hernandez and Gimbert never gave up and soon was not only fighting for the podium positions again, but closed in to the leaders.

Even a small off of de Puniet could not hinder the team in making its way back up the ranks. De Puniet was lucky to escape from his crash with neither him nor the Fireblade SP2 taking damage. He could continue without having to pit in for repairs and not even at the next take over of Hernandez nothing had to be repaired.

During the night, the team mostly relied on de Puniet, sending him out every second stint. The former MotoGP rider didn’t disappoint and shortly after seven o’clock he rode the fastest lap of the race in 1’36.819 minutes.

The Honda Endurance Racing team constantly was the fastest team on track, making up those almost four lost minutes due to the repair and the small crash. The morning hours saw the #111 Honda CBR1000RR Fireblade SP2 constantly swapping positions with their opponents for the win and the podium.

In the end the race turned out to be what will be remembered of one of the closest and most exciting races in the history of Endurance racing with the #111 Honda Endurance Racing team taking the second spot behind SRC Kawasaki (#11) in what where the last three minutes of the race. The team managed by Jonny Twelvetrees had to come in to the pits for a splash-and-dash refueling for not risking the result on the rostrum and with that handed the top step of the podium to the opponents. Not even a 10 minutes safety car 15 minutes to the end of the race would had made the dream of the 24 Heures Moto win happen. Still second is a big achievement for the team, which started with a completely new formed crew and a new evolution of the Honda CBR1000RR Fireblade SP2. 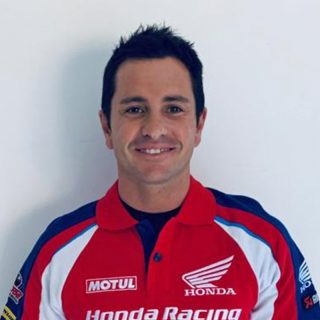 If you had told me before the weekend, that a 24 hour race would be decided in the last three minutes I would have told you: That is not possible. But today we have seen it is. In the end we came home in second, which is a great achievement in such a historic event like the 24 Heures Moto, but of course we wanted the win. We are still happy, because the race itself went almost faultless and if we had bad luck we had the luck on our side in it. I am sorry for my crash but when I saw nothing was broken I just carried on. Those were some tough stints and to ‘lose’ it in the end by a couple of liters is hard to believe – but as I said, still we are happy about how our CBR1000RR Fireblade never missed a beat and that we were on the podium.

I am happy about how my 20th – and last – race at the 24 Heures Moto went. We pushed the whole race on the maximum and are on the podium in second position now, so we can’t be anything else than happy. It is a good result for the whole team and it is a perfect way for me to sign off from Le Mans 24 hours racing. The bike was incredible the whole race and it was just beautiful to ride. Sure, I would have loved to win, but this was not possible today. 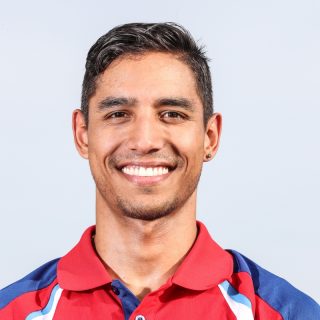 I do not have much experience in Endurance racing, as last year’s Bol d’Or was my first race and today I finished my first 24 hours race. It is really tough and hard and long. Especially the last part of the race was difficult for me, because I wanted to push more, as our opponents were a bit faster, but it was not possible for me. In the beginning we lost a little bit of time due to an issue on the bike, which is a pity but it was also not a big deal. We have to take the positive things and those are we have led the race, we have fought for the podium and the win throughout and now we stand on the podium. We have earned a lot of points and this is also important for the Championship.

Now, that was a crazy finish. We were trying to consider all eventualities and looked at all options that we had available, should certain scenarios happen. In the end it was special and big stress. For the moment I am still shocked and it was so close for us. This podium is special and we will look at this as one of the best in history as it was so special and close. It was a big finish to an amazing race. The riders were superb, the team worked really well and the bike, we had a smooth problem at the start but apart everything worked well. Credit to these guys, who ran a good race and we came second.

Movistar Yamaha MotoGP will start the Tribul Mastercard GP S.Marino e Riviera di Rimini – the team’s second home race of the season – from pole position, after a superb performance from Maverick Viñales in […]

The GRT Yamaha Official WorldSSP Team are focused and ready to get back on track at Portimao this weekend for the round nine of the 2017 FIM Supersport World Championship. Having completed a recent two-day […]