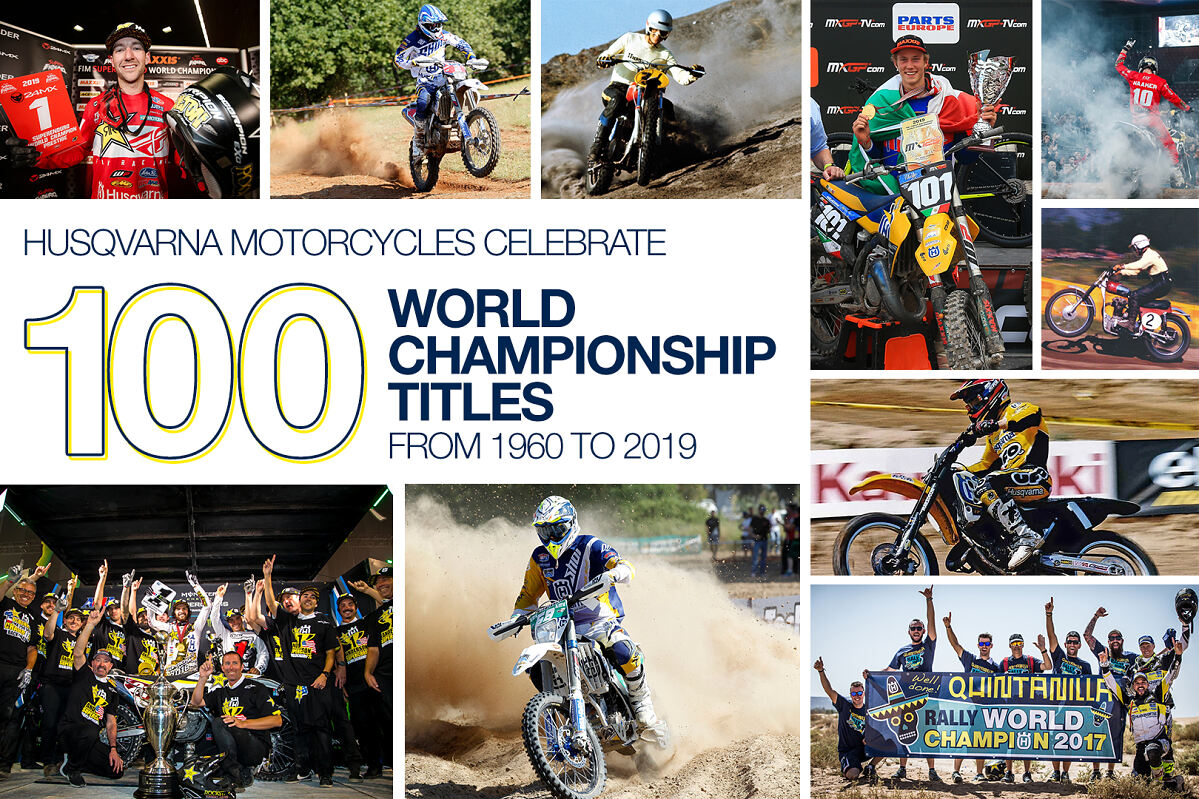 While motocross success bookends Husqvarna Motorcycles’ impressive list of 100 motorcycle world titles, the brands ongoing commitment to building premium products is directly linked to all of their motorsport successes.

With many of enduro’s greatest names having raced for Husqvarna Motorcycles, it was Czech rider Otakar Kotraba who handed the brand their first ‘woods’ success, securing the FIM 400cc Enduro World Championship title in 1990. Swedish star Anders Eriksson earned an incredible six titles for the brand, while in 2006 Husqvarna Motorcycles secured six rider and manufacturer titles in one season.

Since 2014, the brand has achieved year-on-year record sales growth, consolidating its presence in motocross and enduro, and entering the street segment with an ever-expanding model line-up. With motorsport as an integral part of Husqvarna Motorcycles’ history, with the 100th world championship being an extraordinary milestone in its persisting success, it will continue to be one of the driving factors in the development of the brand’s class-leading production motorcycles.

URAL Sportsman is Back!

April 9, 2018 Michael Le Pard News Comments Off on URAL Sportsman is Back!

April 05, 2018/ Ural Motorcycles Back by popular demand, the Ural Gear Up Sportsman can be yours when ordered through your Ural dealer. This is one of our most talked-about special edition packages, inspired by adventure-filled […]