1988 – GL1500 GOLD WING In 1984 a new design team began planning the next Wing. The new machine had to be superior in every aspect: extremely quiet and silky smooth, yet extremely powerful with superior handling. The GL1500 got there-the hard way. Thousands of hours were spent in testing 15 different machines in 60 prototype stages-the most comprehensive model development project in Honda’s history. These efforts culminated in a six-cylinder luxury motorcycle of such surpassing excellence it would establish a touring benchmark that would dominate motorcycling for more than a decade. 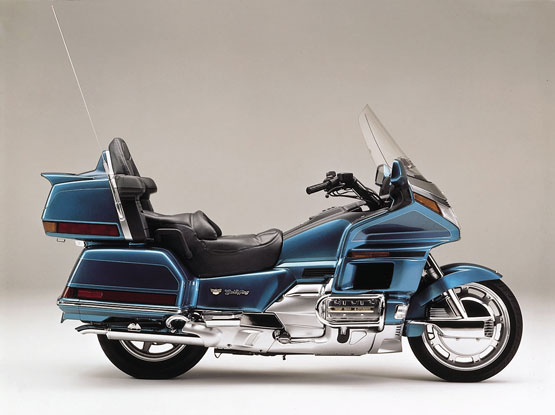 The next-generation GL begins to take shape under the guidance of Masanori Aoki, a sportbike enthusiast who has already headed up development of high-performance bikes including the CBR250RR, CBR400RR and the CBR®600F3. “We set out to keep 80 percent of the Gold Wing’s touring capability,” Aoki said. But he also added, “My job is to add more fun factor, to build a Gold Wing with the kind of acceleration and handling people normally associate with sporting machines.” After considering flat-four, flat-six and flat-eight engine configurations and displacements up to 2000cc, customer response overwhelmingly points to a flat-six of about 1800cc displacement. In 1998, a full-scale model is created. 1996 – 1996 Honda GL1500 Gold Wing The one-millionth Honda motorcycle made in America rolls off the Marysville assembly line. Appropriately enough, the millionth model is a Gold Wing; this commemoration is altogether fitting, since the success of the Gold Wing and that of Honda in America are inextricably intertwined. 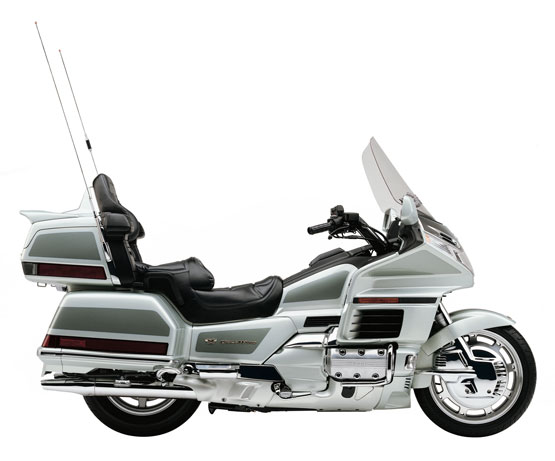