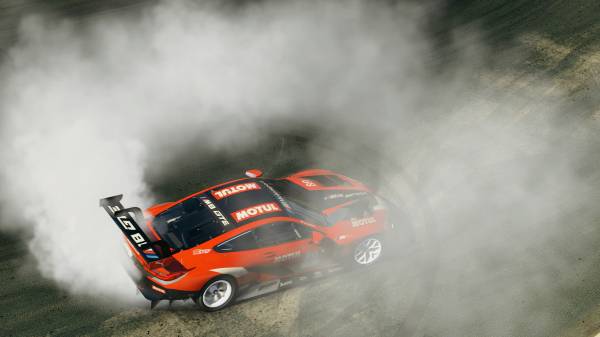 BMW SIM Racing has an extensive and diverse programme in store for the Esports community in 2021 – from BMW SIM Cups and BMW SIM Racing teams to technical innovations. In our monthly BMW SIM News, we briefly summarise news from the world of virtual racing, and provide information on driver backgrounds, teams, technology, and much more. Over the year, we also regularly focus on individual subjects in separate press releases.

Kevin Siggy at the wheel of a real Formula E car.

A dream came true for BMW Team Redline driver Kevin Siggy (SLO) last weekend. Ahead of the Valencia E-Prix in the ABB FIA Formula E World Championship, he was able to claim his prize for topping the overall standings in the 2020 ‘ABB Formula E Race at Home Challenge’, the chance to drive a real Formula E car. Siggy completed his laps in the Gen2 car at the ‘Circuit Ricardo Tormo’ and had a first taste of the forces at work in the cockpit. “The car was really cool and it was fantastic to be able to drive on the real racetrack in it,” said Siggy afterwards. “I hadn’t expected it to feel so lively through the fast turns. I had oversteer a few times and the front wheels locked up a few times when braking. The Formula E car is tricky to drive. That’s why it’s absolutely understandable that we went out behind the safety car. In particular, I was impressed by the torque and the power that is applied through the turns and under braking. You just don’t feel that in the simulator. Overall, I tried to squeeze every last drop of enjoyment out of this drive.”

Siggy spent the entire race weekend in the paddock, visiting the pit area for BMW i Andretti Motorsport, where team principal Roger Griffiths showed him the BMW iFE.21 and explained how everything works in the team. Siggy also met BMW i Andretti Motorsport driver Maximilian Günther (GER), who he had coached last year for his sim racing appearances in the ‘Race at Home Challenge’.

Two out of three races in the IMSA iRacing Pro Series took place in April. BMW works drivers celebrated some fine results. This applied first and foremost to Philipp Eng (AUT), who drive the virtual BMW M8 GTE to victory in the season-opener at Sebring and in the second race at Laguna Seca. After these two wins from two races, he heads the overall standings before the third and final race on 6th May, at Road Atlanta. “I am delighted to be back racing in the IMSA iRacing Pro Series,” said Eng. “I think it is always great for there to be a virtual race series taking place in parallel to the one in the real world. The calendar is short and sweet, with three races. I have prepared extremely well for all three races and, just like last year, I am taking it very seriously. We are lucky that we have a very strong team in the background to take care of setup and strategy. Now I am really excited about the finale. The competition is really strong, so winning the championship would mean even more to me.” Behind Eng, Bruno Spengler (CAN) and Connor De Phillippi (USA) secured one-two results for BMW in Sebring and Laguna Seca respectively. Augusto Farfus (BRA), John Edwards (USA) and Turner Motorsport driver Robby Foley (USA) are also competing for BMW.

The BMW SIM Racing Teams celebrated a top-three lock-out in the virtual BMW M4 GT3 at one of the highlights of the season on the iRacing simulation platform, the Special 24h Nürburgring powered by VCO. After 153 laps on the Nürburgring-Nordschleife, Maximilian Benecke (GER), Chris Lulham (GBR) and Formula 1 driver Max Verstappen (NED) claimed victory for the BMW Team Redline. “Pole position, fastest lap and then the race win – that was a mega race for us and there were only a few heart-stopping situations. The car did really well and it felt like we could go to the limit on every lap,” was how Benecke summed it up. Team BMW Bank crossed the line in second place, followed by the BMW Team GB in third position.

The BMW Team G2 Esports has enjoyed an eventful month with numerous races on the Assetto Corsa Competizione platform. Without a doubt, the greatest success was Nils Naujoks’ title win in the British GT Esports Championship with the virtual BMW M4 GT4 in the GT4 class. Naujoks had already won the race at the start of April on the Brands Hatch circuit, where his team-mate Gregor Schill finished in third place. After finishing fourth in the penultimate race, Naujoks recorded a dominant victory from pole position in the season finale to claim the class win and the title.

G2 Esports was also very active at the wheel of the virtual BMW M6 GT3 in April. The high point was marked by victory for Naujoks and Arthur Kammerer in the third round of the SimGrid Sprint Cup at the Imola circuit. The G2 Esports team crossed the line in 16th place at the season-opener in the prestigious ‘The SimGrid x VCO World Cup’, the 12h Bathurst.

Congratulations on winning the title in the British GT Esports Championship! What did you think about the season and the championship format?

Nils Naujoks: “Many thanks! The races with multiple classes were certainly something new for us. For virtually my entire sim racing career, I have been involved in one-make cups or have just raced within one class. And if I had been involved in a race with multiple classes, I was normally in one of the faster cars. So, I had to get used to looking in the mirror a lot more and learn how to let the faster GT3 cars go past without losing any time myself. In addition, the real racing drivers also had to adjust to the sim racing environment and they had to get used to the level as well. That improved from race to race, so that there were no more major incidents towards the end of the season.”

How important is collaboration like that with BMW SIM Racing for you as a team, and for the Assetto Corsa Competizione platform?

Naujoks: “It helps the whole sim racing scene hugely when a major player like BMW decides to get involved. It demonstrates recognition of what we are doing and helps us to make our intensive hobby more professional, as well as making sim racing more attractive for partners. Of course, we at G2 Esports benefit from this as we have more resources to work with than other teams, and it provides additional motivation.”

What highlights do you and the team have to look forward to now?

Naujoks: “The British GT Esports Championship was only the beginning – the season is just getting started. We are focusing on the SimGrid and SRO series, which have already begun or will be starting soon. This series contain sprint and endurance formats, meaning that the weeks and months ahead will be anything but boring for us. The results in the British GT Esports Championship mean that I have received a wildcard for the SRO championship, which is a huge help in terms of time management. I won’t have to complete hot laps each week to qualify. We only have to wait a few weeks for the next highlight, the 24 Hours of Spa-Francorchamps in the ‘Sim Grid x VCO World Cup’, where we are hoping to score plenty of points in the BMW M6 GT3.”

Jiri Toman (CZE) and defending champion Erhan Jajovski (MKD) are the latest pair of sim racers to secure their tickets for this year’s BMW SIM M2 CS Racing Cup finale on the rFactor 2 platform. Toman was declared the winner after a dramatic finish to the third race of the season in the virtual one-make trophy at Silverstone. Second place went to Marcell Csincsik (HUN), who had already claimed his ticket for the finale with victories in the first two races. Risto Kappet (EST) finished in third place. Jajovski secured his first win of the season in the fourth race of the season, which took place on the Nürburgring Grand Prix circuit. Jajovski had dominated the series last year before winning the season finale at the BMW SIM Live 2020 event. Johannes Drayss (GER) and Joonas Raivio (FIN) followed him to complete the podium. Csincsik, Toman and Jajovski will be joined at the finale by Michal Smidl (CZE), who secured his place by finishing second in the second race of the season. The two final races in the BMW SIM M2 CS Racing Cup take place on 3rd May (Sebring) and on 17th May (Indianapolis).