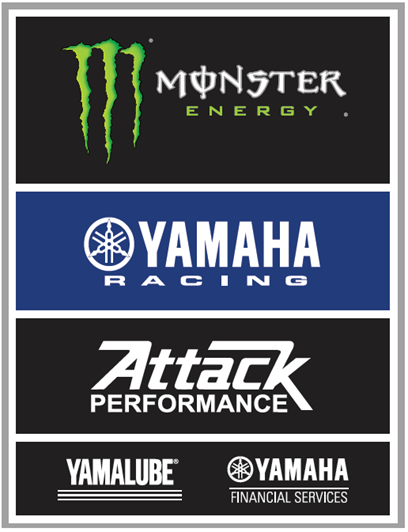 Following a World Superbike team structure model used by Yamaha Motor Europe (YME), YMUS reached a two-year agreement with Attack Performance, which is one of the sport’s leading manufacturers of high-performance components and services for modern sportbikes. Together, Yamaha and Attack Performance will work towards the goal of winning championships in the MotoAmerica Superbike Series. Along with key sponsorship from Monster Energy, the team will receive the full support of both YMUS and YME.

Attack Performance principal Richard Stanboli brings a wealth of technical experience to the program. He and his company have scored multiple championships and race wins in professional road racing in the U.S., and during the past two years, Attack Performance’s privateer effort with the YZF-R1 platform was a top contender in MotoAmerica’s Superbike class.

Reigning MotoAmerica Superbike Champion Beaubier returns with Yamaha in 2020 for his seventh season in the premier class and looks to defend his title. The Californian showed great fortitude this year with his dramatic come-from-behind victory in the closing moments of the season to secure his fourth Superbike title with a pair of wins at the finale. He currently sits third on the all-time AMA Superbike wins list with 38 victories.

Joining Beaubier is the 2015 MotoAmerica Superstock 1000 Champion, Jake Gagne. The 26-year-old, viewed by many as one of the top talents in the U.S., returned to the MotoAmerica Superbike Series this past season after a year abroad in the World Superbike Championship. In addition to his 2015 title aboard the Yamaha YZF-R1, Gagne was crowned AMA Pro Daytona SportBike Champion in 2014 on a Yamaha YZF-R6, and he looks to continue his championship success with the brand.

“When we started planning the new direction for our Superbike team, the first company we thought of was Attack Performance. They have the skill, desire and passion needed to win. Combining our resources, knowledge and personnel with theirs should make for a super-competitive organization. We will work closely together to make everything gel before the first race so we can start the season off strong. From there, we are confident that the team and riders will only get stronger and be in contention for another MotoAmerica Superbike Championship.

“Of course, having Cameron back is key, and we are so pleased he has decided to stay in the U.S. and race with us for at least two more seasons. We are also very happy to have Jake Gagne join us as Cameron’s teammate. Jake is a very talented and popular rider, and I’m sure he will take full advantage of this opportunity and be in the hunt right away.

“Lastly, we wish Garrett (Gerloff) all the success he deserves. We will miss him in the paddock and on the track, but we are also very happy he is able to pursue his dreams and race with Yamaha on the world stage.”

“Everyone at Attack Performance is very excited to expand our partnership and collaboration with a great company, Yamaha Motor Corporation, U.S.A. We have worked with a number of OEMs over the past two decades, and our most recent experience with Yamaha has been nothing but rewarding. The R1 has been a fantastic machine that allowed us, as a private team, to effectively race for the top step of the podium and compete for the championship. In 2020, we will bring to bear everything we have learned, in combination with Yamaha’s wealth of knowledge, to the MotoAmerica Superbike Championship. We will settle for nothing short of the top spot at every single event!

“We are also excited to work with two champions, Cameron Beaubier and Jake Gagne. Cameron is a proven competitor who is a true deal-closer. We have all watched him beat the competition with closing-lap charges that are nothing short of amazing. Jake is also a Yamaha champion with a wealth of talent and potential. His best days are right around the corner, and we are eager to help him.” 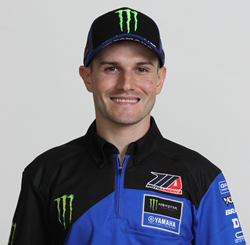 “I’m looking toward 2020! There will be some changes within our team, but we will always have the same goal. I’ve been working with my crew chief Rick Hobbs ever since I started racing in Superbike back in 2014, but he is retiring this year. We had an amazing run together, and we are on to a new chapter. I am really excited to be working with Attack Performance. The guys at Yamaha, with the addition of Richard Stanboli’s knowledge, I feel confident that they will build a weapon out of the 2020 R1.” 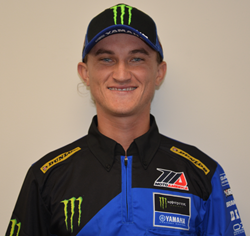 “I could not be more thrilled to go Yamaha Superbike racing! I want to extend a massive thank you to Keith (McCarty, Motorsports Racing Division Manager for YMUS), Tom (Halverson), Jim (Roach, Technical Division Manager for YMUS) and the entire Yamaha family for their belief and nonstop support. It’s a dream come true to be aboard the championship-winning machine and surrounded by such a huge amount of experience and knowledge. I’ve been fortunate to have had my most successful racing years aboard a Yamaha, so I feel like I’m back at home.

Pata Yamaha WorldSBK rider, Alex Lowes, made a strong start to Round 3 of the FIM Superbike World Championship in Aragon today. The 28-year-old Briton, three times a podium finisher last time out in Thailand, […]