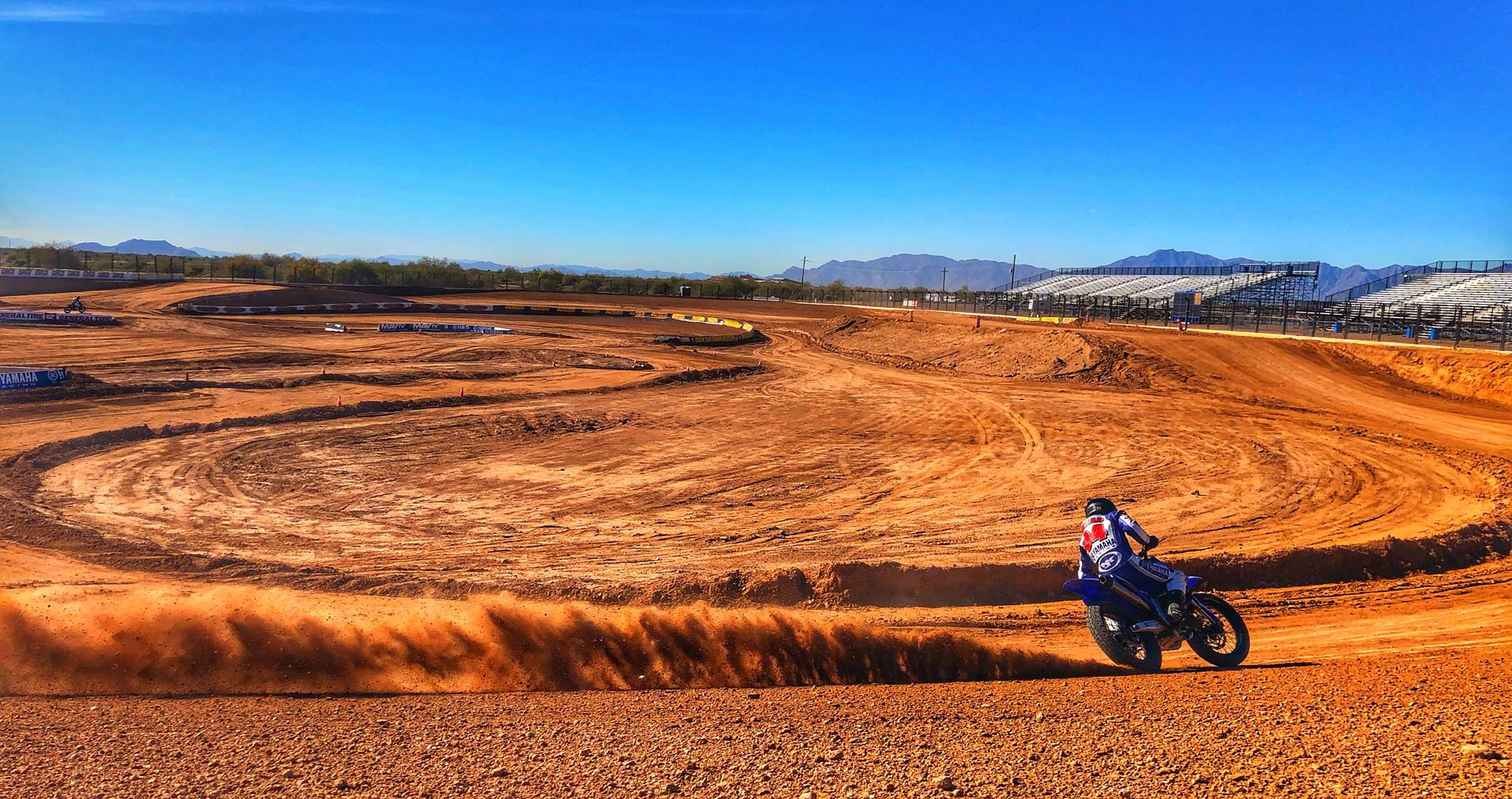 DAYTONA BEACH, Fla. (April 23, 2019) – The 2019 American Flat Track title contenders will jump right back into the fight this weekend as the series arrives at Wild Horse Pass Motorsports Park in Chandler, Ariz., for the Law Tigers Arizona Super TT presented by RideNow Powersports on Saturday, April 27.

And “jump” may very well be the operative term. The “Super TT” earns its title with a layout primed for drama — featuring multiple jumps and a variety of right- and left-hand corners — and a primetime schedule with the Main Events set to be contested at night under the Musco lights.

Reigning AFT Twins presented by Vance & Hines champ Jared Mees (No. 1 Indian Motorcycle/Progressive Insurance FTR750) comes in fresh off his victory in the Texas Half-Mile and eager to build up the sort of crushing momentum he rode to back-to-back titles in 2017 and 2018. While he may have originally made his name on the Half-Miles, he’s proven to be a threat at the TTs in recent seasons as well, scoring two wins and two runner-ups in the discipline since ‘17.

However, current points leader Briar Bauman (No. 14 Indian Motorcycle/Progressive Insurance FTR750) is similarly accomplished, scoring a pair of TT wins, a second, and a third over that same time span.

No one in the history of the sport can rival the career TT record of Henry Wiles (No. 17 Bandit Industries/DPC Racing/Wilco Racing Indian FTR750), who boasts a remarkable 19 career TT Main Event triumphs.

Two other riders to keep close tabs on are Estenson teammates Jake Johnson (No. 5 Estenson Racing Yamaha MT-07 DT) and JD Beach (No. 95 Estenson Racing Yamaha MT-07 DT). The race is set near Estenson’s headquarters and the venue was a popular test locale for the team prior to the end of the track testing window for the 2019 season. Beyond that, Johnson is a five-time TT winner himself, while Beach has demonstrated mammoth potential on TT circuits where his roadracing chops serve him exceptionally well.

That Estenson home-track advantage could come into play on the undercard with 2016 AFT Singles champion Ryan Wells (No. 94 Estensen Racing Yamaha YZ450F) being well motivated to get his title campaign on track.

History has repeatedly shown that TT’s play to the strengths of series part-timers with versatile skill sets developed in other forms of motorsports. Don’t overlook the chances of legends Ryan Sipes (No. 264 Red Bull/Leatt/KTM 450 SX-F) and Jeff Ward (No. 336 Blackmore Ranch/Monster Energy KTM 450 SX-F).

The excitement won’t end at the fences. There will be KTM demo rides, live music and numerous vendors and displays to keep the fans entertained all day long.

Imola Up Next for GRT Yamaha

May 9, 2018 Michael Le Pard News Comments Off on Imola Up Next for GRT Yamaha

The GRT Yamaha Official WorldSSP Team are ready to take on the Imola challenge for Round 5 of the 2018 FIM Supersport World Championship. Current WorldSSP Championship leader Lucas Mahias will be looking to return […]

Bologna, 24th January 2020 –  Motorola announced a global one-year official partnership with Ducati, a world leader in motorcycle innovation. As part of the partnership, Ducati unveiled its highly anticipated 2020 motorcycle, which features the Motorola […]