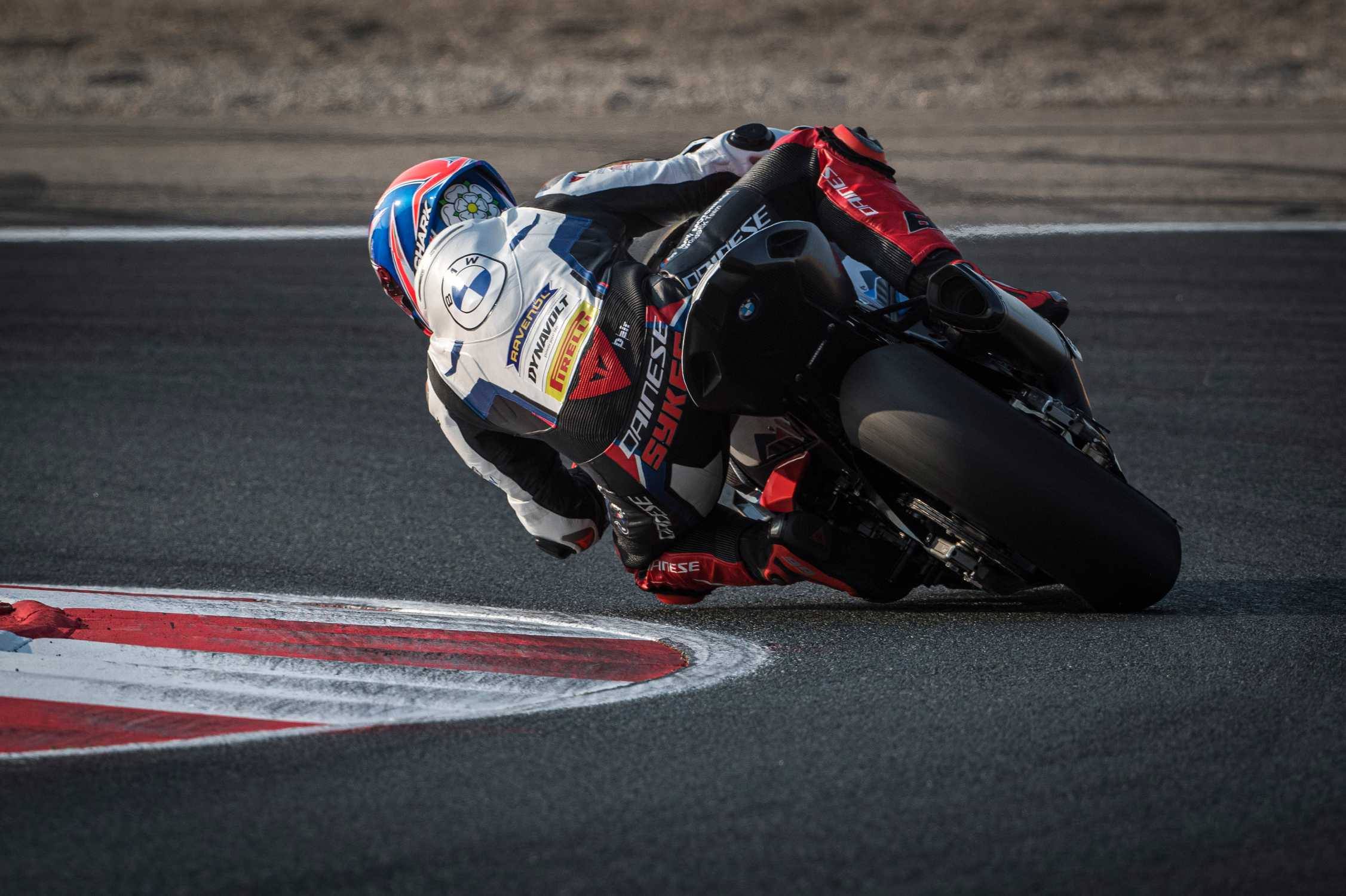 Sykes started the Superpole race in the morning from third place. He fell back a little at the start, taking the chequered flag in sixth after ten laps. Van der Mark improved from tenth on the grid to ninth and moved up to seventh for a while, before losing a place and crossing the line in eighth position. Folger slipped back several places after starting from 14th but was able to regain ground with some overtaking manoeuvres as the sprint race progressed and finished 16th.

Sunday saw a repeat of the previous day’s high temperatures and the start of race two was delayed by ten minutes after a rider experienced some issues on the grid. The lights went out at 14:10. After a hard-fought first lap, Sykes and van der Mark had moved up from sixth and eighth into fourth and fifth positions. However, Andrea Locatelli (ITA, Yamaha) was able to pass van der Mark on lap three and overtook Sykes one lap later. That put Sykes in fifth place, and he maintained that top five position to the finish line after 22 laps. Van der Mark was seventh for a large part of the race, but lost a place in the closing stages and took the chequered flag in eighth position. After the race, van der Mark was demoted by one place for exceeding track limits on the final lap. Folger started the race from 14th on the grid. After the start, he fell back briefly to 16th place but then worked his way back up through the field, crossing the line in twelfth.

Navarra hosted the seventh round of the 2021 WorldSBK season. The racing continues in two weeks at Magny-Cours, France, from 3rd to 5th September.

Quotes after race two at Navarra.

Marc Bongers, BMW Motorrad Motorsport Director: “That was not an easy weekend for us, but we did manage to finish all three races with Tom and Michael in the points. Jonas also scored points in both main races. We didn’t do as well as expected in the Superpole race this morning in the cooler conditions, however we did manage to claim sixth and eighth on the grid. That was certainly an improvement compared to the most recent races for Michael. It then paid off in the second race. After both made a good start, we were in fourth and fifth positions. Tom then fell back to fifth place but did some great defending against Alex Lowes. Michael certainly had more of a battle on his hands but compared to yesterday we closed the gap to the leaders by seven seconds. That’s still not enough but it’s going in the right direction. In the heat today, they both chose a different front tyre to yesterday, which will have made the biggest difference – and now we have to learn from that for the next high-temperature events coming up in Spain and Portugal.”

Shaun Muir, Team Principal BMW Motorrad WorldSBK Team: “It was a good step of improvement from yesterday. Tom rode very well today; he dug really deep and withstood a lot of pressure from Alex in the feature race and improved his overall race finish by six or seven seconds from yesterday. Tom will be pleased with his performance; we certainly are. A big shout out for him for that one. Michael just kind of never got comfortable with the bike on the bumpy circuit with a lot of front end chatter problems. He did well in his Superpole Race to move up a row so that was good for his start. I think he could have matched the pace of Alex and Tom in front of him but he just had a couple of moments and it prevented him from keeping that fifth, sixth, seventh position. Overall, it was not bad, improvement from yesterday, we still have some work to do but we can’t be too disappointed, so we can go away pretty happy.”

Tom Sykes, BMW Motorrad WorldSBK Team: “It was not a bad weekend. With the high track temperatures, it was definitely a challenging weekend. For the engines and for the riders, this kind of temperatures got to the limit in the afternoon race. Overall we have been trying to improve the set-up of the bike, certainly since as well the hot test in Catalunya, but still we had some limitations. We had some big problems in the race and we tried two different solutions from the tyre but I had some limitations in some different aspects to be fair. Even in race two I had some issues with turning and understeer, also rear traction. I just worked hard to try to managing the bike on brake pressure, in throttle openings and tried to make the best race I could. I had a lot of pressure throughout the race but we were able to deal with this. The best was lap one. We struggled to get a run on anyone this weekend but there was a bit of confusion between Alex Lowes and Andrea Locatelli and going into the turn at the end of the back straight that was a good opportunity for me so I took that and that gave me a good track position for the rest of the race.”

Michael van der Mark, BMW Motorrad WorldSBK Team: “It was a tough Sunday. In this morning’s Superpole race I struggled quite a lot with the front end of the bike. I just couldn’t attack anyone or stay with anyone so I was a bit disappointed but anyway, I gained a few starting positions for race two. I then had a good start but I immediately felt that I was losing at the exits compared to the others so I tried to push more on the front but I didn’t feel good and it was quite a long and tough race. We need to improve that but at least we got some points, we always keep trying and I am looking forward to Magny-Cours now.”

Jonas Folger, Bonovo MGM Racing: “The Superpole race was pretty good, even if the start didn’t work out, which was the case for all three races. We had problems with the clutch at the start all through the weekend, and we need to work on that now. My pace was good in the second half of the Superpole race. The weather was also a bit cooler, which generally suits us. After a difficult start to race two, the pace was also OK. I am not entirely happy with the weekend but we did score some points. Of course, some other riders took a tumble and that helped us but I made it through OK and we achieved our objective of scoring points.”

Ducati Stars Ready to Pounce for Road America Round Three

Sunnyvale, Calif., June 11, 2021 – Kyle Wyman (Panera Bread Ducati) and Loris Baz (Warhorse HSBK Racing Ducati New York) ended day one of the third round of MotoAmerica 2021 by posting ultra-competitive times at one of […]