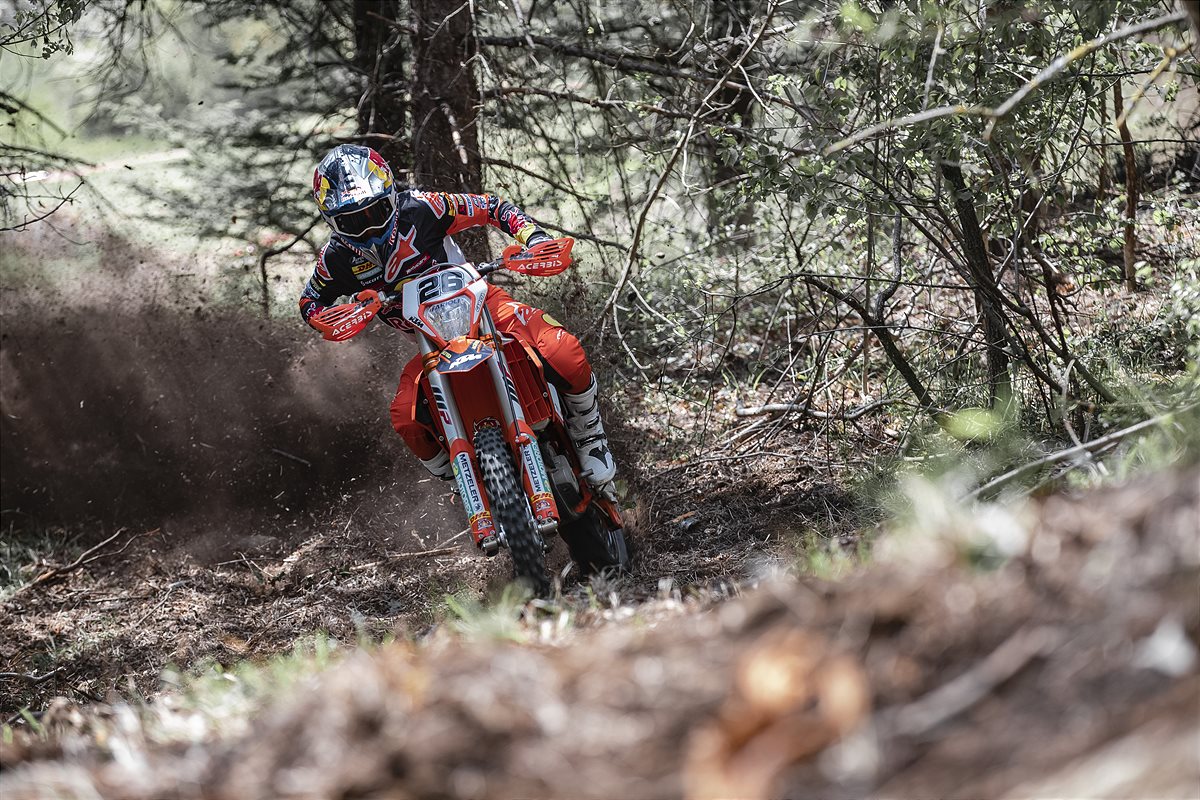 The long-awaited first round of the 2021 FIM Enduro World Championship will take place this weekend at Marco de Canaveses in Portugal. With the start of the series pushed back to mid-June due to the crisis the six-round, 12-day championship will now fire into action in the north of the country, just inland from the beautiful coastal city of Porto. Riders will face a Super Test in Marco de Canaveses on the Friday night, followed by two full days of racing through the Portuguese countryside. The EnduroGP class will complete three laps per day on Saturday and Sunday with each lap featuring four special tests – a Super Test, Cross Test, Enduro Test, and Extreme Test. Organizers are promising a tough, old-fashioned enduro, that is demanding both physically and technically.

Following his Enduro2 Championship-winning season in 2017, Josep Garcia switched to the then newly formed World Enduro Super Series in 2018 and 2019. Despite the series focusing on hard enduro events, Garcia more than rose to the challenge, enjoying success while taking on the established specialists of the discipline. With international racing heavily restricted in 2020, the young Spaniard was still able to contest his home Spanish championship where he won both the E2 and overall titles. Wildcard rides at the final two rounds of the FIM Enduro World Championship saw the KTM 350 EXC-F rider put in excellent performances, earning two day wins.

Now, returning to contest the full EnduroGP championship for the first time in three years, Garcia is keen to make an impression and earn himself a second FIM world title.

Josep Garcia: “Racing mostly in hard enduro for the last three years has definitely taught me a lot about extreme riding. I hope to carry those new skills into the EnduroGP world championship and truly believe that they will help my overall speed in traditional enduro. I was able to complete Red Bull Erzbergrodeo twice as well as finish two Red Bull Romaniacs events during my time in the WESS Championship, which was one of my goals going into that series. It’s been a little while since I rode a full season in EnduroGP, but that has only made me even more motivated to fight for the win in the Enduro2 class, and EnduroGP. My training has changed a little now, it’s more focused on classic enduro and my overall speed, but I still work on my extreme skills and hope that can help me improve my results through the year. I raced a couple of world championship events in Portugal last year and although I went into those races without any expectations, I found myself fighting for the top step of the podium. Now, coming back to EnduroGP full time, my plan is to get my championship off to a strong start and continue to fight for the podium for the whole six rounds of the season.”

The 2021 FIM Enduro World Championship fires into action this weekend with round one in Marco de Canaveses, Portugal, from June 18-20. Riders then head to Italy for round two, just one week later on June 25-27.

DAYTONA BEACH, Fla. (May 22, 2021) – Due to the continued and anticipated rainfall at Texas Motor Speedway, the 2021 Mission Foods Texas Half-Mile presented by Roof Systems has been cancelled. Despite the dedicated […]