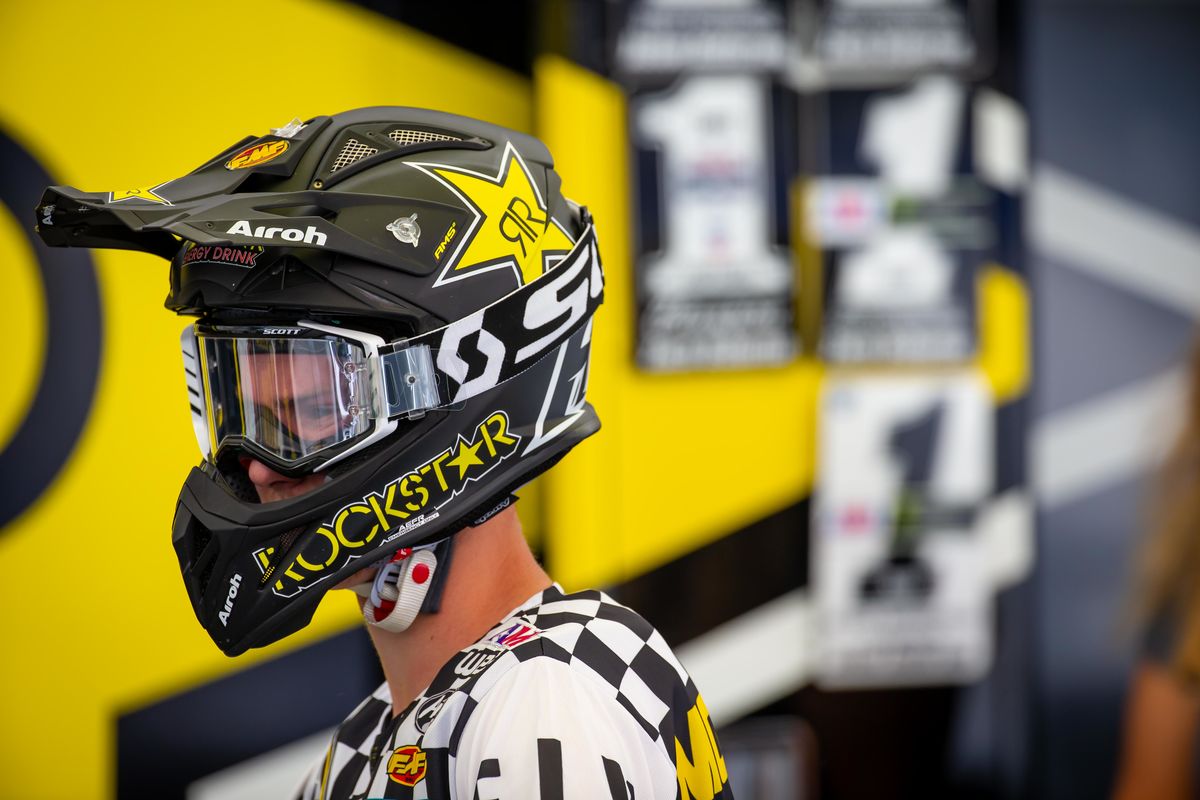 The Rockstar Energy Husqvarna Factory Racing Team announced today that rising 250MX star Michael Mosiman will miss the first three rounds of the 2020 AMA Pro Motocross Championship as he continues to recover from complications suffered during a practice crash four weeks ago.
The team also announced that Stilez Robertson, recently-crowned AMA Nicky Hayden Amateur Horizon Award winner, will make his professional debut in the 250MX class this Saturday at the legendary Loretta Lynn Ranch. Robertson is set to compete in the first three rounds of the series as Mosiman’s condition is further re-evaluated.
Rockstar Energy Husqvarna Factory Racing’s Stephen Westfall: “It’s unfortunate that Michael has to sit out for at least the first three rounds, as he was riding very well prior to his practice crash. We will re- evaluate the situation in a couple weeks but in the meantime, Stilez will get a chance at showcasing his skills against the top 250 riders in the nation. We’re really looking forward to having the team back at the races.”
Round 1 of the 2020 AMA Pro Motocross Championship will take place this Saturday, August 15 in Hurricane Mills, Tennessee.
About Michael Le Pard 5048 Articles
"Mr. Totalmotorcycle". Owner and Founder of Total Motorcycle. Supporting over Motorcyclists and Motorcycling for 21 great years. Total Motorcycle is my pride and joy and being able to reach out 330 million people has been incredible but I could not have done it without the support of my visitors, readers and members, thank you so much! You are making a difference to millions of riders worldwide. Thank you.
Website Facebook Instagram Twitter YouTube LinkedIn

The 7th round of the NEPG was in Matthews, Indiana for the Muddobbers Enduro. The aptly named event was met with rainy and cold conditions throughout the entire day. The track was very slick and […]

THE EXPECTATIONS OF RINS AND MIR AHEAD THE QATAR GP

March 6, 2019 Michael Le Pard News Comments Off on THE EXPECTATIONS OF RINS AND MIR AHEAD THE QATAR GP

Team Suzuki Press Office – March 6. The unique and exciting night time atmosphere of Qatar is once again about to kick off a new season, and Team SUZUKI ECSTAR’s riders Alex Rins and Joan […]

Tim Takes the Overall in Uddevalla

Tim Gajser made a long awaited returned to the top step of the podium today as he took the overall in Uddevalla at the MXGP of Sweden. Tim Gajser Tim Gajser Gajser, who hasn’t taken […]