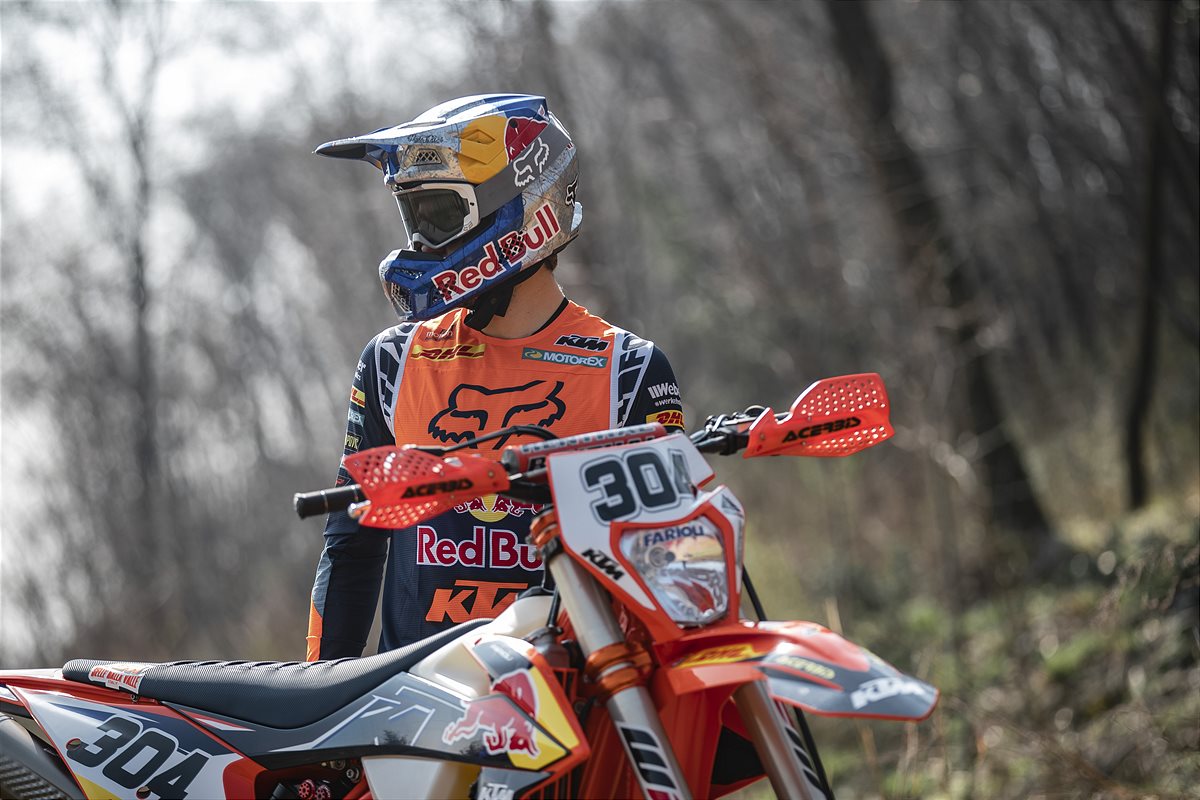 Despite celebrating its 11th edition in 2021, this year’s running of Red Bull TKO will be the first time that the world’s best hard enduro riders will do battle against the leading US riders on their home soil. Pro class riders will first face a Straight Rhythm prologue on Saturday to decide the start order for Sunday’s opening Hot Lap time trial. They will then contest two Knockout Races with the 15 fastest riders going through to the Final Knockout, the winner of which will be crowned 2021 Red Bull TKO Champion. Offering a mixture of challenging terrain, and very different race formats compared to the long, grueling days of Red Bull Romaniacs, Red Bull TKO looks set to be a worthy addition to the FIM Hard Enduro calendar.

Following his runner-up finishes at rounds one and three of the series, Manuel Lettenbichler came into round four and Red Bull Romaniacs looking to secure his first win of the season. Not only did he claim victory and his Romaniacs hat-trick, but Mani also won the event by an incredible 27 minutes, after close to 20 hours of racing.

Now, heading to Red Bull TKO leading the championship, the young German is looking to extend that advantage with another victory at an event he first won back in 2019.

Manuel Lettenbichler: “I’m really looking forward to Red Bull TKO, but for sure it’s going to be a big fight for the win. Bringing together the best American racers, along with the top European guys means it’s definitely shaping up to be a hard-fought, exciting event. I’ve done well there in the past with a runner-up finish and a win, so I have a slight advantage in that I know what to expect. The race is intense though and with the addition of more top riders, the fight for the win is going to be insane. I’m definitely looking forward to it and hopefully, if everything goes well, heading home next week with more of a lead at the top of the championship.”

Joining Lettenbichler at round five of the FIM Hard Enduro World Championship, FMF KTM Factory Racing’s Trystan Hart is also a previous winner at the Red Bull TKO, having won the 2020 edition just 12 months ago. Impressing with his seventh-place result at Red Bull Romaniacs, on only his first attempt, the Canadian has shown he’s more than happy mixing it with the FIM Hard Enduro regulars, and will be going all out to take back-to-back wins at the Tennessee event.

Danilo Petrucci, coming from the seventh row of the grid, finishes tenth at the Grand Prix of Teruel; Andrea Dovizioso closes in thirteenth place, as he was hindered back by arm pump issues and the tyre […]

Hutten Metaal Yamaha Official EMX250’s Andrea Bonacorsi celebrated an emotional maiden EMX250 round win at the MXGP of Sardinia, round four of the EMX250 Championship. The 18-year-old Italian was joined on the podium by teammate […]

Munich. BMW road racer Peter Hickman (GBR) lived up to hisbilling as favourite on the streets of Macau (CHN). On Saturday, hetook victory in the legendary Macau Motorcycle Grand Prix on a BMW S1000 RR […]