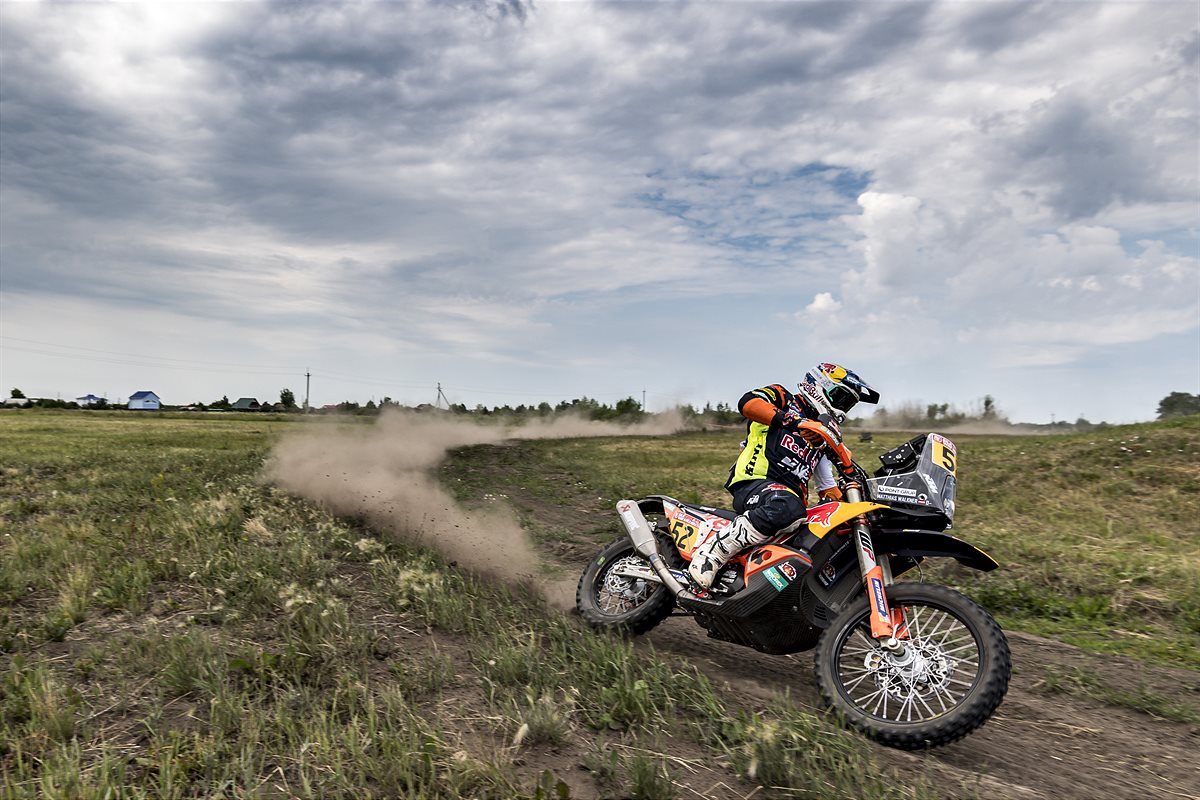 Marking the second round of the 2021 FIM Cross-Country Rallies World Championship, the Silk Way Rally is the longest on the calendar, totaling over 5,400km. Easing the riders into the mixed terrain event gently, day one covered only 87km against the clock, but was also the longest stage of the event with a 574km liaison.

Setting off this morning from the host city of Omsk, Matthias Walkner soon entered the day’s super special – the shortest of the rally. Faced with a mixture of terrain including rough, sand tracks and muddy trails through the forest, the Austrian chose to maintain a solid, but steady, pace in order to minimize any mistakes on the challenging 87km route. Successfully arriving at the finish as fifth fastest, just over two-and-a-half minutes down on the leader, Matthias now enjoys a strong start position for Saturday’s 566km stage two.

Matthias Walkner: “That was quite a tough stage to start the rally. I think we all thought this first one wouldn’t be so bad because it was only short, but it turned out to be quite a challenge with a lot of vegetation through the forest. All-in-all, I didn’t have a bad day – I eased my pace a little at the beginning because there were some really tricky notes in the road book. There were a few times that I wasn’t sure if I had made the right decision and was on the right track, but in the end I’m pretty pleased with how the stage went.”

The Silk Way Rally continues with stage two – a 566km leg that leaves Novosibirsk and heads to Gorno-Altaisk. Including a timed special of 132km, the stage will challenge competitors with narrow forest paths before opening out into smoother, faster, sandy tracks.

Varese, March 23rd, 2022 – MV Agusta announces the opening of its first fully-owned flagship store in downtown Milan, at the heart of the Fiera area and next door to the buzzing CityLife district. The […]

APRILIA, ITS BIKES AND ITS CHAMPIONS OF YESTERDAY AND TODAY AT MUGELLO FOR A GREAT CELEBRATION OPEN TO ALL

March 11, 2019 Michael Le Pard News Comments Off on APRILIA, ITS BIKES AND ITS CHAMPIONS OF YESTERDAY AND TODAY AT MUGELLO FOR A GREAT CELEBRATION OPEN TO ALL

ALL IN ONE UNFORGETTABLE DAY ON THE MOST BEAUTIFUL TRACK IN THE WORLD: PRESENTATION OF THE 2019 MOTOGP APRILIA RACING TEAM MEET AND WATCH RIDERS IANNONE, ESPARGARÓ AND SMITH IN ACTION SEE EXTRAORDINARY CHAMPIONS LIKE […]