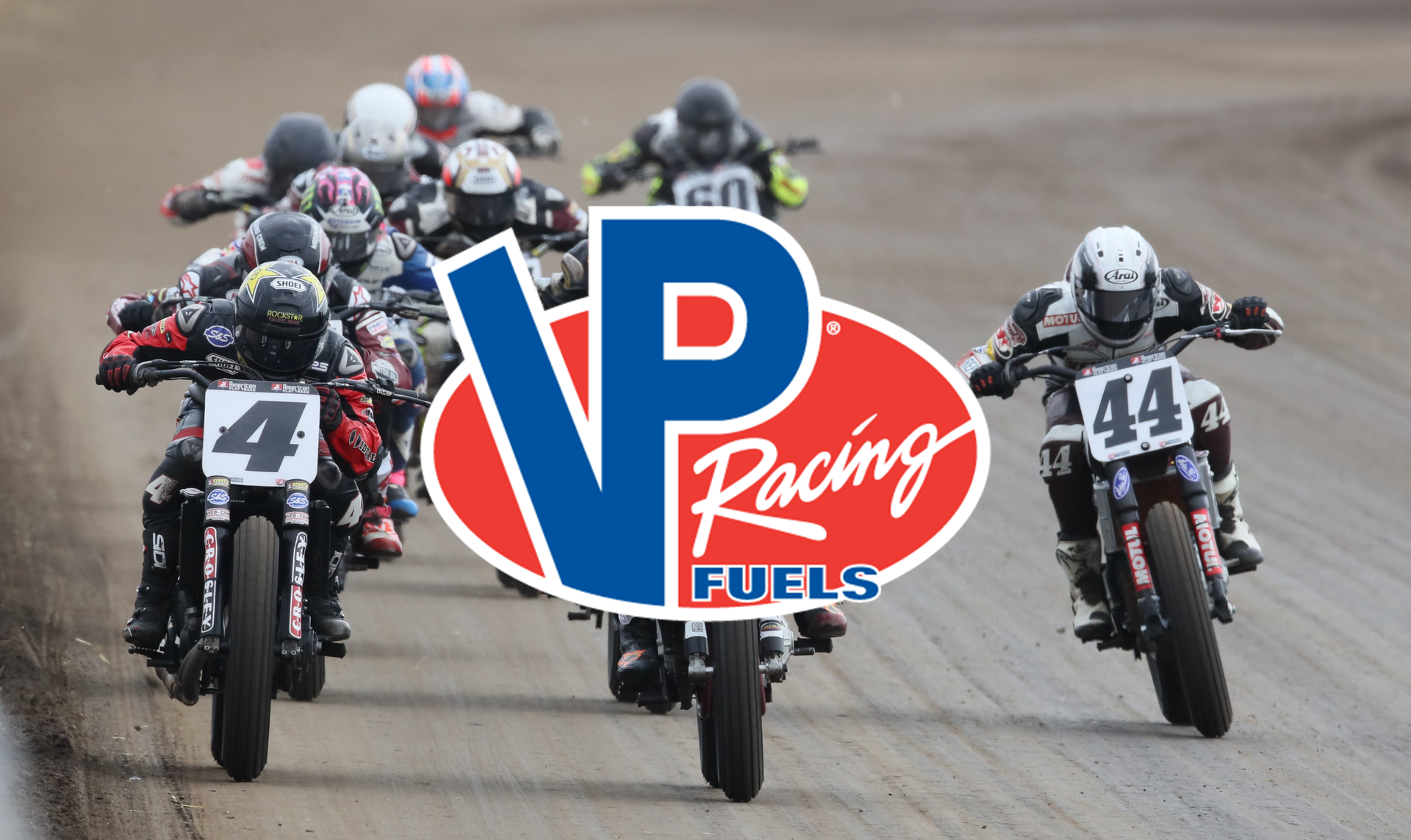 A dominant force across the motorsports industry, including partnerships with IMSA WeatherTech SportsCar Championship, AMA Supercross, World of Outlaws Sprint Cars and more, VP Racing Fuels is known as the World Leader in Fuel Technology®.

Specially designed to accommodate the stress associated with racing, VP’s STAY FROSTY® coolant is formulated to reduce cylinder head temperature, improve ignition timing and improve the overall performance of the engine under the toughest conditions.

“VP has a decade’s long history with motorcycle racing,” said Bruce Hendel, VP’s Vice President, North American Sales – Race Fuel and Consumer Products. “Since then, our fuels have dominated in all of its forms, from SX and MX to drag racing, Daytona, and the Isle of Man. When it comes to making power and keeping things cool, it’s now official; we’re doing it with American Flat Track.”

As part of the multiyear deal, VP Racing Fuels will be available at all 18 American Flat Track rounds with trackside activation and paddock service at every event. STAY FROSTY® performance coolant will also be offered to competitors in the paddock at a discounted rate.

Race teams will be able to submit fuel pre-orders through an on-line order form to be available on the American Flat Track website.

“The announcement of VP Racing Fuels as the Official Spec Fuel for AFT is great news for our paddock,” said Joey Mancari, Chief Competition Officer of American Flat Track. “AFT competitors and engine tuners will notice performance gains across the board and the incorporation of VP’s STAY FROSTY will be a great asset to teams and their machines in the upcoming seasons.”

Tickets are now on sale for the first-ever doubleheader – DAYTONA 200 and DAYTONA TT – at the legendary Daytona International Speedway. Watch both historic motorcycle racing events during Bike Week at DAYTONA for just $35 when you purchase an advance General Admission ticket online.

ON TRACK FOR SLOVAKIA RING EWC WITH SUZUKI ENDURANCE

May 9, 2019 Michael Le Pard News Comments Off on ON TRACK FOR SLOVAKIA RING EWC WITH SUZUKI ENDURANCE

Team Suzuki Press Office – May 8.  Suzuki Endurance Racing Team will be on track this weekend for the third round of the 2019 Endurance World Championship, the 8 Hours of Slovakia Ring, near Bratislava […]