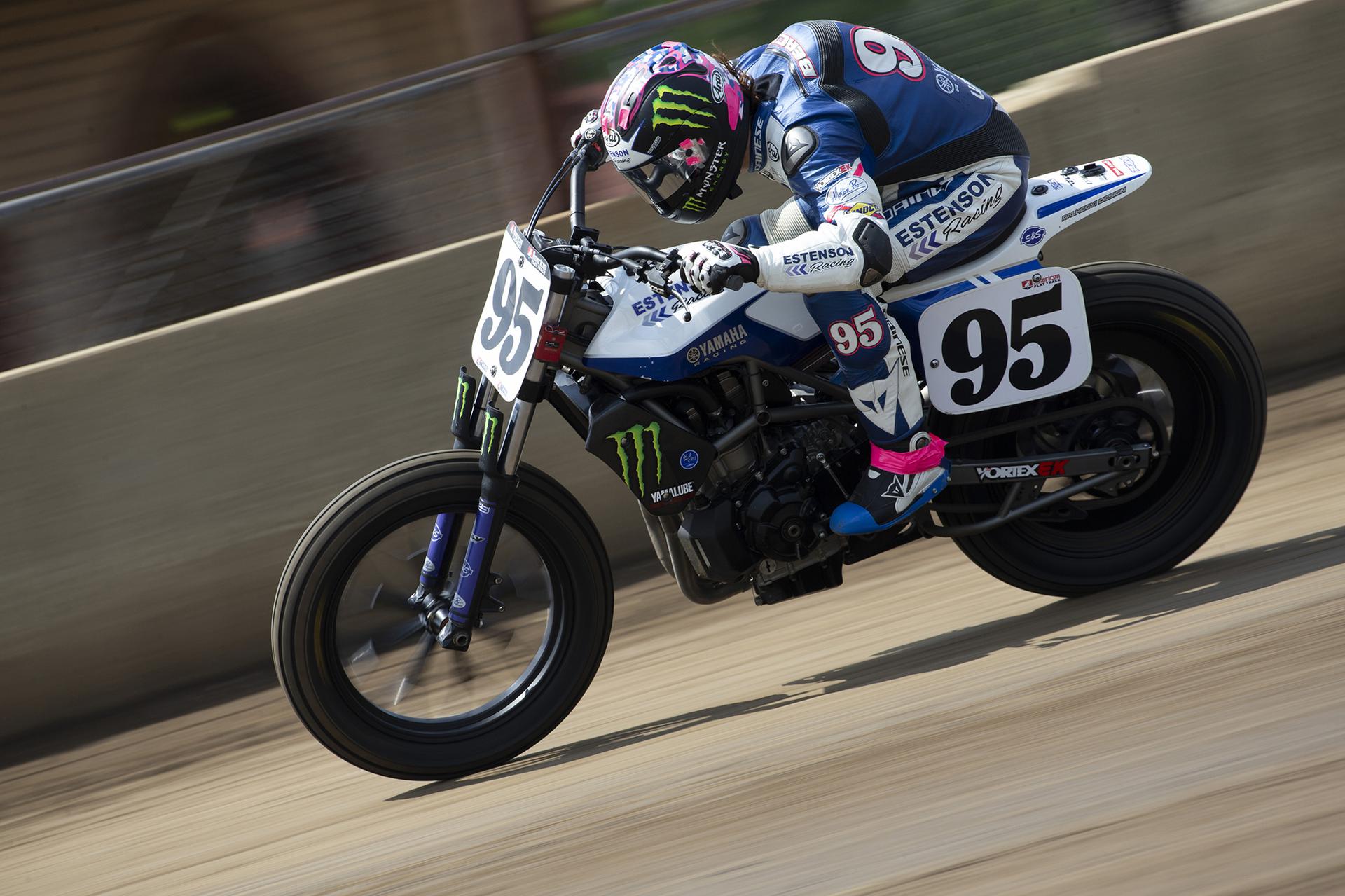 ATLANTA, Ga. (December 11, 2019) – Yamaha Motor Corporation, USA (YMUS) is pleased to announce support for Estenson Racing’s effort in American Flat Track (AFT) for the 2020 season. The team has signed a multi-year deal with JD Beach, who will lead the campaign in the all-new SuperTwins class, while Kolby Carlile, the 2017 AFT Singles Champion, steps up to the premier class alongside Beach aboard the Estenson Racing Yamaha MT-07 DT. The team has also signed Mikey Rush for a two-pronged threat in the AFT Singles class with young phenom Dallas Daniels.

Returning for his second year with Estenson Racing, 2020 will be JD Beach’s first full-season in American Flat Track. With multiple road race titles on his resume, the Owensboro, Kentucky, resident has his sights set on a SuperTwins crown. He pulled double duty with the team in 2019, competing in the premier classes of both AFT and MotoAmerica. The dirt track/road racer made history with his first AFT Grand National win at the Super TT in Arizona, which was also the first victory for a Yamaha Twin since 1981. Beach then backed it up the following weekend at Virginia International Raceway with his first MotoAmerica Superbike win, becoming the first rider to top the podium during the same season in the premier class of both disciplines since Nicky Hayden in 2002. He ended the year in AFT with two wins and three podiums.

Kolby Carlile made the transition to the Twins ranks last season, competing both in the new AFT Production Twins class and AFT Twins. He had a solid rookie year in spite of injury and made a late-season charge for the Production Twins title, ultimately ending the year third in the Production championship with two wins and six podiums. The “Flying Tomato” also showed strength in the premier class on the TTs, making all four Main Events. Carlile now looks forward to stepping up to the SuperTwins full-time in his fourth season with the Estenson Racing squad.

The newest member of the team, Mikey Rush, jumped straight into the premier class of AFT in 2009 and scored his first win in 2013 at the Daytona Short Track. After some tough years in the privateer ranks, he made the move to the AFT Singles class and had a standout season in 2019, finishing second in the championship with four wins and seven podiums. The Californian now looks to bring home the title in 2020 aboard the Estenson Racing Yamaha YZ450F.

Returning with the team is 2019 AFT Singles Rookie of the Year, Dallas Daniels. The 16-year-old turned heads last season with a dominant debut win at the Peoria TT. He then went on to back it up with two more podiums to finish the year just outside the top 10, despite only turning pro mid-season. Daniels looks to build on his progress in his first full-year of AFT competition.

“We’re very excited to expand our partnership with the Estenson Racing team for 2020.  Last year, Tim Estenson really stepped it up in a big way with his new tractor-trailer that set the standard in the pits that Yamaha is accustomed to. In addition, he assembled a great group of riders that accomplished some milestone events for Estenson Racing and Yamaha with a couple of AFT Twins wins and several podium finishes. The team also had success in the Production Twins and singles class.

For 2020, with the help of Tommy Hayden, Tim has refined his crew and assembled a solid team of winning riders with improvements to their equipment that should greatly increase their chances for championships. With a great rider line-up and Tim’s enthusiasm for perfection, I’m sure good things will happen for the Estenson Racing Yamaha Team.”

“My roots in racing, in motorcycling in general, have been with the Yamaha brand, so I’m really happy to have Yamaha USA’s increased support for our American Flat Track effort. Last season, we were able to accomplish my dream of returning a Yamaha Twin to the top of box for the first time in nearly forty years with JD Beach’s win in Arizona. Going into the new season, along with the support we are receiving from Yamaha, we’ve made some key additions to our staff and technical program. We’ve had some success early on with our young team and I look forward to building on that in 2020 to fight for the championship.

“I’m really happy to have JD back on board with us and especially full time this year in American Flat Track. I also look forward to seeing Kolby step up full-time in the SuperTwins class. He brought us our first championship and it has been great to see him progress in the sport with our team. On the AFT Singles side, Dallas had a great rookie season in 2019 and I look forward to his continued growth in the sport. I’m also really excited to have a championship contender like Mikey Rush join our team. He has a great story and has showed a lot of character and perseverance over the years as a privateer in the sport.”

“I’m really looking forward to being back with the Estenson Racing crew. I think we kind of got started on our back foot last season. We were hoping for more, but we still managed a few wins, and within the Twins team a few podiums. I think the changes to the team and the new personnel are going to help a lot. We’re all putting in a lot of work this winter to come out next season swinging. I’m definitely looking forward to it.”

“2020 is going to be an awesome year for me. I learned a lot last year racing the Twin in the Production Twins class and winning a few rounds. This year I’ll be racing in the new AFT SuperTwins class full-time on the Estenson Racing Yamaha MT-07. The guys I’ll be racing against week in and week out are the fastest guys in the world and I feel like I’ve always benefited from racing the best there is. The team also has some new members that are going to be huge additions in the development of the bike.

“Going into the new year, I’ve been taking a few months away from racing to allow me to focus on getting my knee in better condition. The races are a bit longer this year for me, and the intensity is up from what I have raced before, so being in top physical condition is important. I have an awesome teammate in JD Beach. I’ve grown up learning from him and I don’t plan on stopping now. I look forward to doing my best to improve the bike, the team, and myself in 2020.”

“I’m really excited to have this opportunity with Estenson Racing. Tim is a great guy and their whole program is very professional. I’m looking forward to working with them next season and am ready to go racing and fight for the AFT Singles Championship.”

“I’m super excited to start my first full year in American Flat Track with Estenson Racing. I’ve been training hard and preparing for 2020. I’m really looking forward to getting things started in Daytona. I can’t wait for the season.”