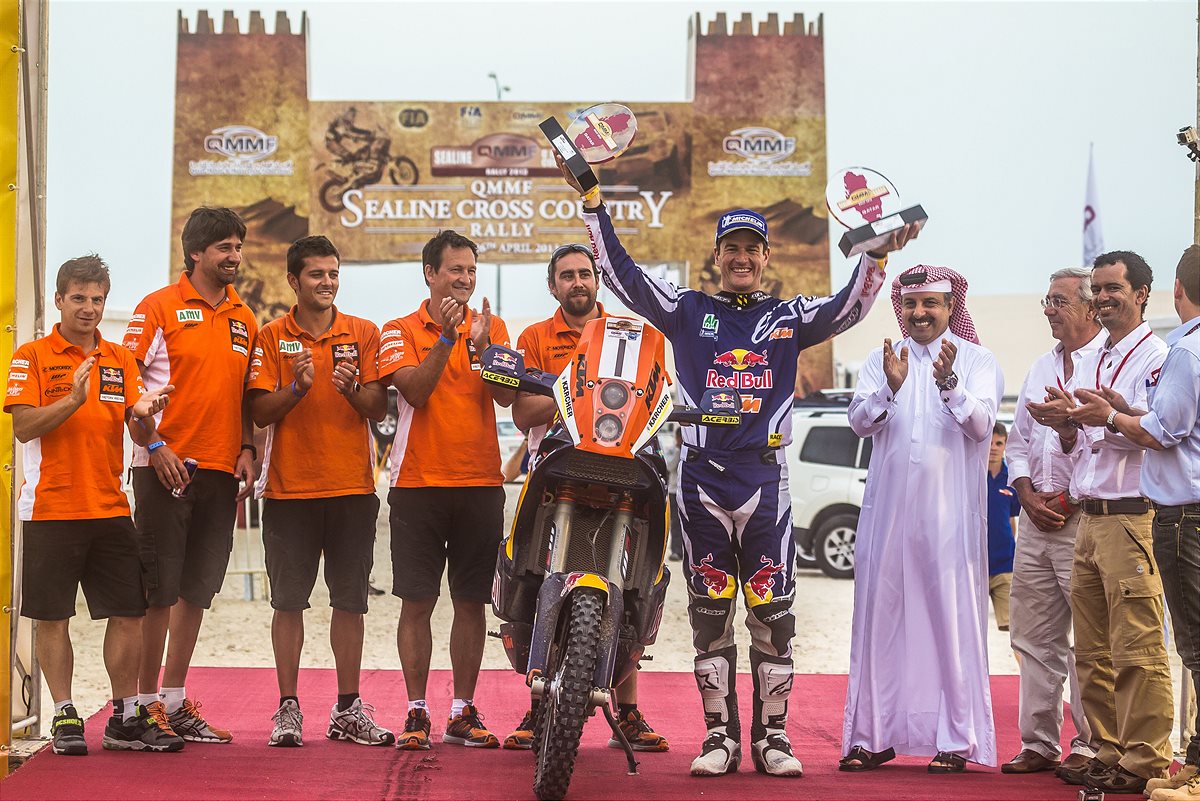 One of the most successful riders in rally-raid history, Marc Coma has won the prestigious Dakar Rally five times, all while competing on KTM machinery. The 45-year-old Spanish star also has six FIM Cross-Country Rallies World Championship titles to his name, the first claimed in 2005 and the last in 2014.

When his motorcycle rally career that spanned an impressive 14 years from 2002 to 2015 came to a close, Coma took on the role of Dakar Sporting Director – a position he held from 2016 to 2018. In 2020, still hungry for the Dakar experience, Marc competed in the car category at the Dakar Rally in Saudi Arabia as co-driver alongside world-renowned driver Fernando Alonso. At the end of that year, he was then appointed General Manager of KTM Spain, a position he continues to hold.

Now, keen to keep his ties to the sport that he dominated for so long, and eager to give something back to the team with which he enjoyed so much success, Coma will join KTM AG and its brands to share his experience and knowledge.

Marc Coma: “January is looking like it’s going to be very busy for me, and I’m really excited to get started. To be invited back to the rally department as an advisor for the next Dakar is a huge honor, but I believe I can be a true asset in assisting the whole set-up, and hopefully help to bring the victory back to one of our teams. I was a Dakar competitor for a long time, but after that I worked for three years with the organization, and I even did one year in a car as a co-driver. My feeling is that I can bring experience and a different point of view to help the riders and the teams achieve our goals. After seven years, I’m really happy to be going back to Dakar as part of KTM AG – I still have lots of friends involved in the racing and I’m looking forward to experiencing the spirit of Dakar once again, bringing some of my positive energy to everyone, and hopefully achieving our goal.”

Norbert Stadlbauer – Rally Team Manager: “With five Dakar wins to his name and as a legend in the sport, it is of course exciting to welcome Marc back to the world of rally competition within the KTM family. Marc not only has the experience as a racer, but also as a manager in his role with KTM Spain; all of this combined and his approach to the work means we are really pleased to have him back with us to support our teams in the quest for another Dakar victory. Marc will play a supportive role in all aspects of the rally in this Dakar focused role, and he will be a great asset to our team.”

Husqvarna Motorcycles would like to express its sincere thanks to Jason Anderson for his hard work, commitment, and racing achievements during the last seven years. Following a highly successful relationship with Rockstar Energy Husqvarna Factory Racing, the […]

Entering the most vital part of their preparation for the upcoming Dakar Rally, Yamalube Yamaha Official Rally Team riders are more than satisfied with the progress made at this year’s Atacama Rally. Getting valuable racing […]