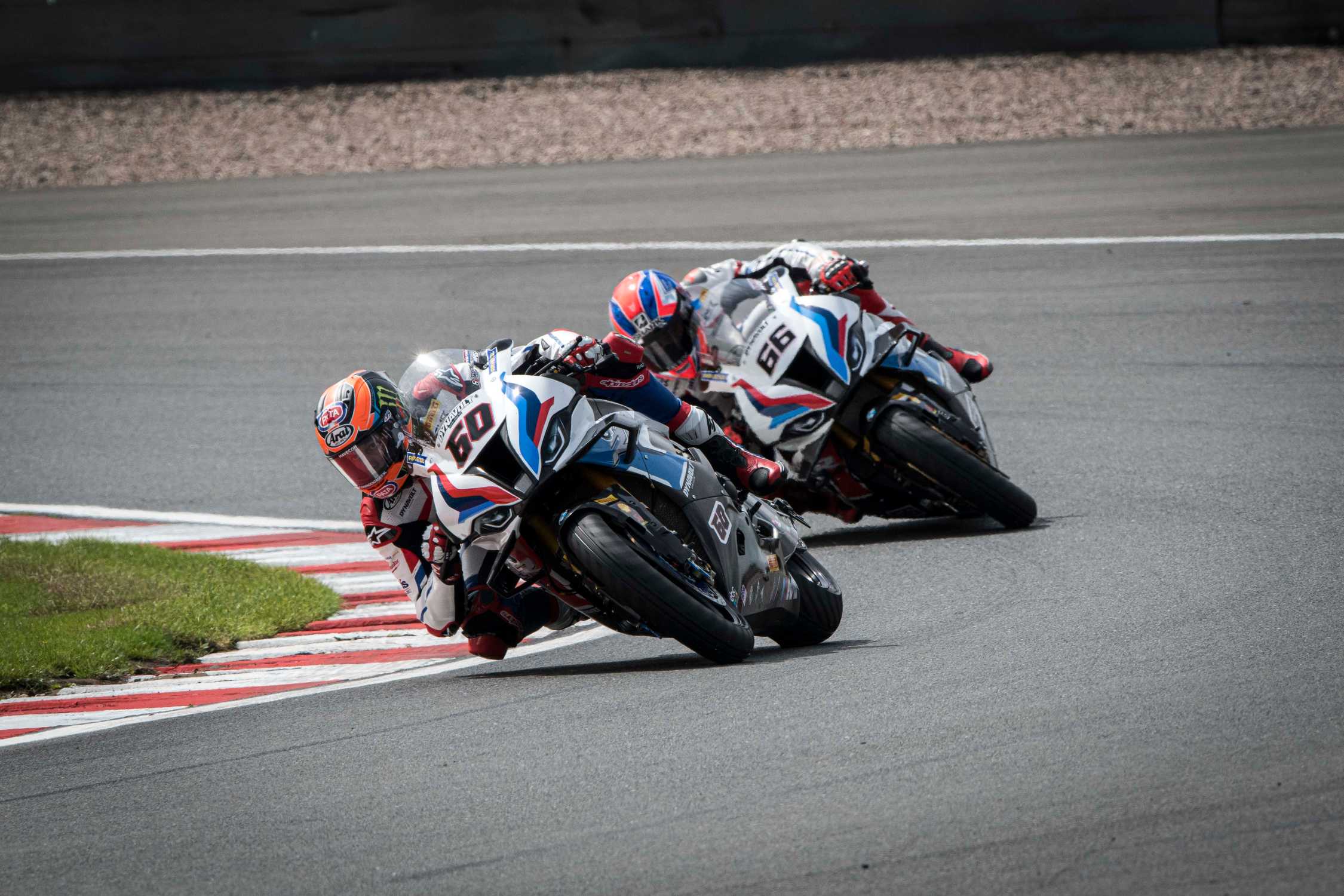 Munich. BMW Motorrad Motorsport returns to the ‘Cathedral of Speed’. Having taken a year’s break due to the crisis, the FIM Superbike World Championship is returning to the TT Circuit at Assen (NED) this coming weekend (23rd to 25th July). The fifth event of the 2021 season will take place at the historic circuit in north-eastern Netherlands. The first motorbike race in the region took place as long ago as 1925 and the permanent circuit was opened in 1955. Racers and fans are equally enthusiastic about the challenging course, which boasts high speeds and swift changes of direction.

At Assen, the BMW Motorrad WorldSBK Team will be aiming to build on the successful weekend at Donington Park (GBR), where Tom Sykes (GBR) and Michael van der Mark (NED) recorded the first WorldSBK podiums for the new BMW M 1000 RR. The BMW satellite team MGM Racing will again be competing with Jonas Folger (GER) at Assen. For internal reasons, the RC Squadra Corse team will not be attending the Assen round.

Quotes ahead of the Assen round.

Marc Bongers, BMW Motorrad Motorsport Director: “Assen is a very special circuit and you can really feel the over 100 years of motorbike tradition in every corner. Of course, the podiums at Donington Park have given us some extra momentum for Assen, but we know that we still have a lot of work ahead of us. Now we need to back up the results from Donington. The TT Circuit has a very special character. It’s a fast track layout with lots of leaning and some high outside turns – these are the challenges that we face during setup for our BMW M 1000 RR. We are looking forward to the Assen weekend and also to the enthusiastic Dutch fans, who are sure to generate a great atmosphere once again at the TT Circuit. We deeply regret that RC Squadra Corse is unable to participate at Assen and we hope to see them back on the track again soon.”

Shaun Muir, Team Principal BMW Motorrad WorldSBK Team: “The team came away from round four at Donington Park with a very positive state of mind. Both Tom and Michael reached the level we were hoping in a successful event with some podium success. But more important for us is that the gap to the front is much reduced, which is our target. We are going to Assen having had a strong performance there the last time we were there in 2019. We aim to take over our level of performance from Donington Park over to Assen. For sure, Michael will have a home turf advantage similar to Tom at Donington, but in general we believe the BMW M 1000 RR can performance strongly at Assen. Overall, our expectations are that we can continue the good work at Donington and continue to close the gap to the leading group. If we succeed in doing so we would be very happy.”

Tom Sykes, BMW Motorrad WorldSBK Team: “Obviously I am very much looking forward to Assen. On the back of some strong results for the whole BMW Motorrad WorldSBK Team at Donington I am going to Assen trying to keep that momentum going. We have certainly found some improvements with the new BMW M 1000 RR and Assen to me is a circuit I really enjoy. It’s a very exciting track and my target would be to get back on the podium. That’s what I am aiming for and for my team-mate Michael, it’s his home race, so he will be pushing for something extra. Overall I think we have all ingredients to try to make it a successful weekend again. It will also be a pleasure to see fans on the grandstands again after they already cheered us at Donington so I am looking forward to that as well.”

Michael van der Mark, BMW Motorrad WorldSBK Team: “Assen is a special race for me, my home race, and I missed it last year. It definitely is one of my favourite tracks, also because I really enjoy the fast and flowing bits. Especially the last part of the circuit is great; it’s fast and flowing and with the last chicane there is always really nice action there. We are making steady progress with our BMW M 1000 RR and at Donington we had a really good weekend with both of our BMWs with finishing on the podium in the Superpole race and Tom also reaching the podium in race two. We now want to continue this progress and of course it would be really nice to even do a bit more at my home race. It is also fantastic that we will have fans at the grandstands for my home round. I am really looking forward to it.”

Jonas Folger, Bonovo MGM Racing: “I am already looking forward to Assen. We have analysed the data from Donington in detail and fixed a fault that we noticed. Now that we know what was causing the problem, we have the strength to head to Assen and make a positive start to the weekend. I hope the weather stays fine and I am looking forward to the circuit. It is a great circuit that suits me very well. We are aiming to record a clear upturn in form.”

Moto Machines representative for Scorpion Exhausts in the United States

May 16, 2019 Michael Le Pard News Comments Off on Moto Machines representative for Scorpion Exhausts in the United States

The addition of Scorpion Exhausts to the range of brands represented by Moto Machines is part of a growth plan focused on premium quality products for discerning riders. Scorpion Exhausts is a world leading performance […]

MX2 World Champion Tom Vialle will miss this weekend’s Grand Prix of the Netherlands at Oss and the fourth round of 2021 MXGP to recover further from his fractured right hand. The Red Bull KTM […]