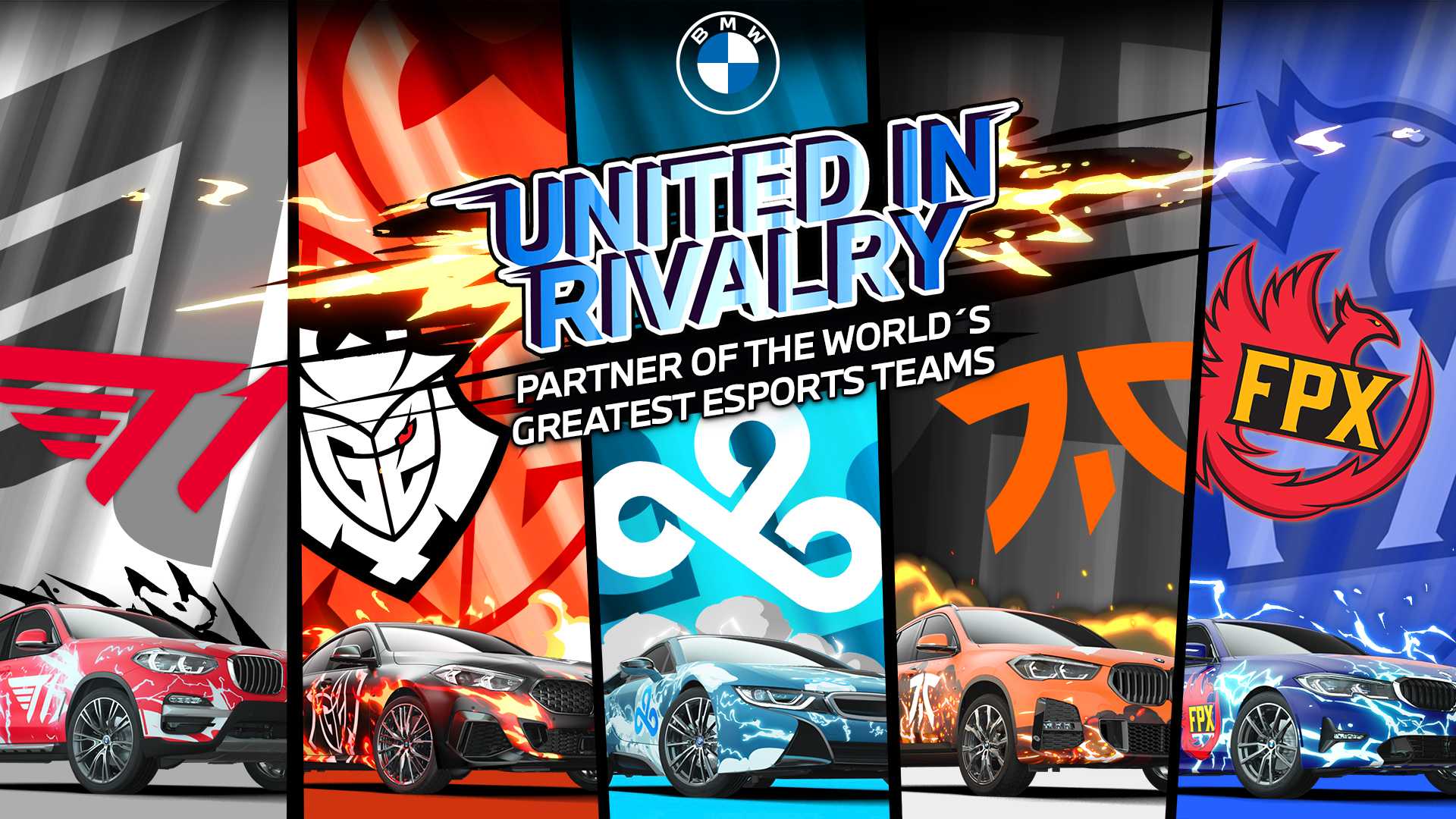 Munich. The BMW brand is currently engaged in a major expansion of its involvement in the world of computer, online and simulation games (esports), a field that’s been continuously growing in popularity, especially among the next-generation target group. As far back as 2017, BMW first attracted attention in the world of virtual sports as the official partner of the European League of Legends finals in Paris. And by 2019 and the successful SIM Racing season concluded by the BMW SIM LIVE premiere at BMW Welt in Munich, BMW had firmly moved into being a major player in esports. But above all, the BMW brand now supports some of the most influential and successful esports teams and strives to promote the esports discipline as a whole.

The esports sector has maintained stellar growth rates for years. More and more gamers from a wide variety of countries compete online in both sports and non-sports simulations – as well as in popular offline events held all over the globe.

“Esports shows us how sports entertainment can continue to thrive and play a key role considering today’s challenges. Our entry into esports is motivated by a commitment to become a sustainable, global partner, supporting the teams and the discipline as a whole, before, during and after these times of uncertainty,” says Jens Thiemer, Senior Vice President Customer and Brand BMW. “Joining forces with the best teams in the world, we aim to use our design and innovation skills to help shape the discipline in the long term. Our esports involvement is an important milestone providing, for the first time, a new intersectionality with a dynamic and fast-growing community. We consider esports a promising, growing addition to our marketing activities, helping BMW on its journey to becoming an emotive brand people relate to.”

BMW partners five of the most successful esports teams.
To firmly establish itself as a new major player in esports, BMW will from now on partner five of the world’s top esports organisations. Cloud 9 (US), Fnatic (UK), Funplus Phoenix (China), G2 Esports (Germany) and T1 (South Korea) each comprise up to 200 players battling it out above all in the incomparable League of Legends. Launched in late 2009, this fantasy multi-player game is without doubt the most popular and influential online game around, with a daily total of up to eight million players from all over the world logged in concurrently. To innumerable fans, League of Legends (LoL) is the premier esports category. Last year’s LoL World Championship Finals in the AccorHotels Arena in Paris attracted an online audience of approx. 44 million fans worldwide viewing the live stream at home. On top of that, there are also other disciplines such as Dota 2, FIFA, Fortnite or Rocket League that the teams compete in all over the world, in tournaments of comparable size that will also be supported and promoted by BMW. The BMW brand will not only act as a strong sponsor for these top teams but also as a powerful partner to introduce the esports discipline to an even wider audience. “Our long-term goal is to grow our team portfolio into true household names within the general sports and entertainment industry,” says Jens Thiemer.

We are “United in Rivalry” and “United at Home”.

The teams’ competitive spirit and their historic rivalries have always been part of the esports scene’s lore. At the same time the teams share a boundless passion for gaming and related activities. This is what “United in Rivalry” stands for, even more so in these present times of uncertainty and global challenges. As part of the partnership with BMW and in line with esports’ culture, the teams will challenge and try to outdo each other prior to tournaments, using the #unitedinrivalry hashtag on channels like Instagram, Twitter, Facebook, WeChat and various streaming platforms across the world. These mutual wind-ups are meant to increase each team’s motivation, but above all they also serve to entertain the fans. It goes without saying that the teams’ interactions always stay within the parameters of esports etiquette, reflect the respect they have for each other and of course will take place at home. Therefore, they will use the #unitedathome hashtag in combination with #unitedinrivalry.

“We’re thrilled to expand our partnership with BMW to the global front and continue to uphold shared pillars of excellence and peak performance. We welcome the outstanding teams that we’ll work alongside to drive competitive excellence forward with BMW!” Jack Etienne, Cloud9 CEO & Co-Founder.

“At Fnatic we are dedicated to maximising performance and entertainment through technology and innovation. It is these shared values that make BMW the perfect partner as we seek to level-up every gamer on the planet. As a pioneer in the automotive space, with a history of advancing entertainment in competitive sport and working with the best talent and teams, we are thrilled to be working with BMW to build the future of esports and entertainment together.” Glen Calvert, Fnatic COO.

“We are excited that the world-class top brand has chosen to enter the global esports industry with Funplus Phoenix. BMW has a century-long history, prestigious technology and worldwide recognition. This partnership will fuel innovation and the pursuit of high performance in this new era.” Funplus Phoenix CEO Chun Li.

“G2 Esports are pioneers both in and out of game and this is evident in our incredible competitive success, entertaining content, and the energy we bring to our fans every day. BMW will power G2 as we build on our vision to create a massive entertainment empire and bring the best innovation to the esports industry. This is more than a sponsorship, this is a united effort to highlight the power and influence of esports.” Carlos “ocelote” Rodriguez, G2 Esports CEO.

“Together with some of the most elite global esports organisations, T1 is thrilled to partner with BMW to elevate innovation and entertainment in the gaming industry. Faker and the entire T1 family are excited to create content, products, and programmes with the BMW team that showcase our shared values of competitiveness and premier performance for esports fans and enthusiasts around the world.” Joe Marsh, T1 CEO.

Information sharing and technology transfer in the service of esports.
The collaboration between BMW and the esports teams is very wide-ranging and goes far beyond mere sponsorship. Among other things, BMW shares the knowledge and expertise of its engineers and designers, to enable the development of hardware and software products that are perfectly tailored to gamers’ needs.

The BMW commitment also includes the provision of official team vehicles. Among these, each organisation will have a team car featuring a custom livery with striking colours, combining motifs drawn in comic-book style with each organisation’s logo. These eye‑catching liveries form another element of this close partnership and were developed jointly by the teams and BMW. The vehicles thus become an instantly recognisable part of each team. They emphasise the teams’ strengths and lend themselves perfectly to high-profile appearances by the players and organisations – including spectacular images used in the course of #unitedinrivalry and #unitedathome activities.

A Thrilling Podium Finish For Febvre in Assen

September 12, 2017 Michael Le Pard News Comments Off on A Thrilling Podium Finish For Febvre in Assen

A thrilling podium finish for Monster Energy Yamaha Factory Racing’s Romain Febvre at the penultimate round of the FIM Motocross World Championship, which took place on the rough and rutty sand of Assen, in […]