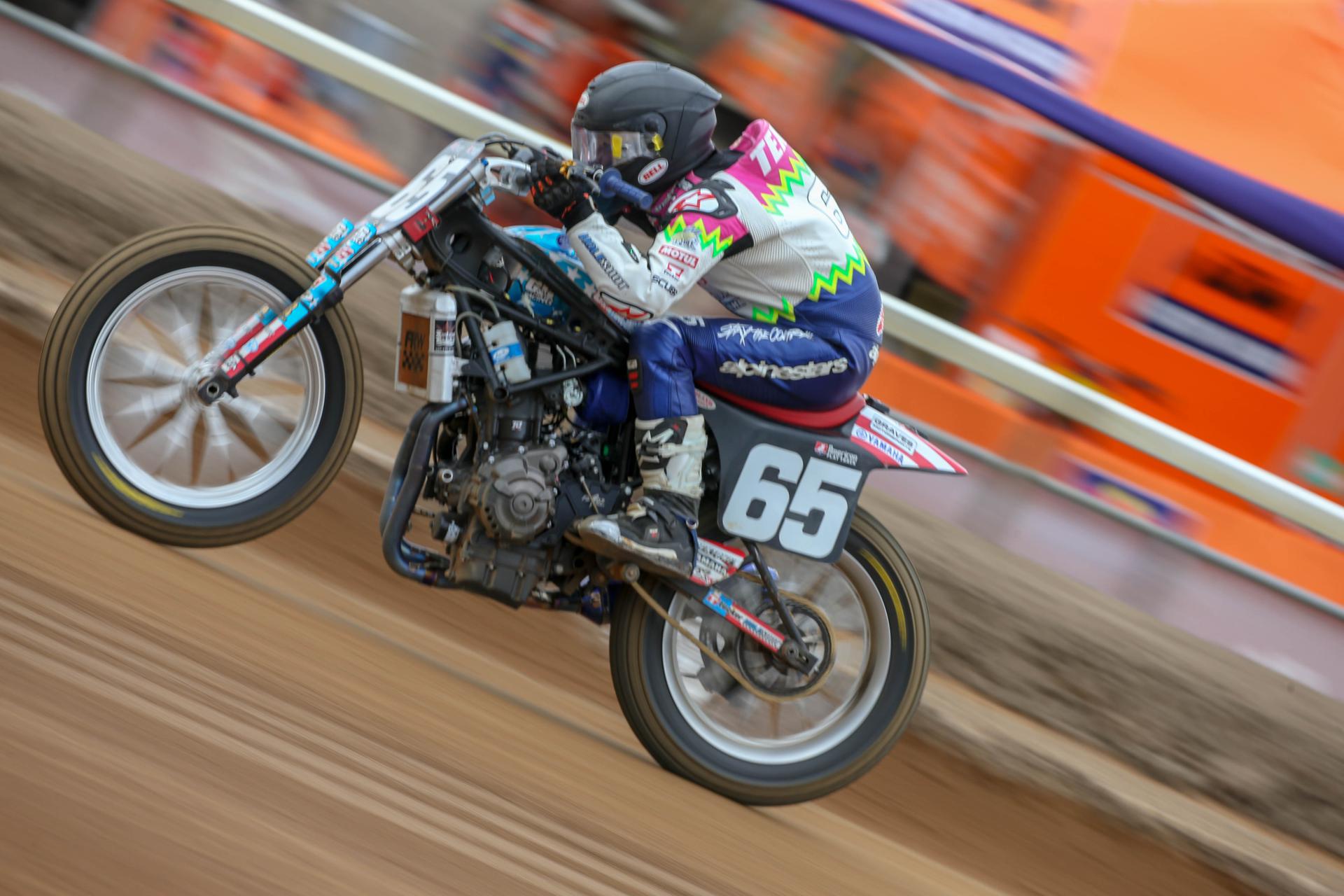 WILLOW STREET, Penn. (January 21, 2020) – After winning his first American Flat Track championship in 2019, Cory Texter will return to the G&G Racing for the 2020 season to defend his title in the AFT Production Twins class.

Texter scored three wins during the 2019 season and earned eight top-five finishes in route to the championship. Texter will once again team up with G&G Racing.

G&G Racing is a father-and-son-owned team based in Southern California. John and John “LJ” Gronek are pleased to bring Texter back on board for the 2020 season.

“We are really happy to bring Cory back to the team,” LJ Gronek said. “We learned a lot about setup last year, and we are adding a few new components to our program this year that should be a real benefit in our efforts. ‘CTex’ has a never-quit attitude and works hard. He was talking about the 2020 season just days after he won the Production Twins title at the Meadowlands Mile in New Jersey, so that says a lot about his will to win and improve.”

Texter is excited about the opportunity to stay on the Yamaha MT-07 DT in his return to G&G Racing.

“It has been a long off-season so far, but I feel that staying on board the Yamaha MT-07 gives me the best opportunity to make another run at a championship,” Texter said. “The Yamaha is a great motorcycle, and I am very excited about the new aspects to our program that we are working on for 2020. We’re a small team, but we are very efficient and work hard every day. John and LJ have been like family to me, and those are the type of dudes you want to go into battle with every weekend.”

Roof Systems of Dallas, Texas will be joining the team as a sponsor. Roof Systems owner Jerry Stinchfield is a major asset to the sport of flat track and had this to say about his partnership with Texter and G&G Racing:

“As many know, I am very passionate about the American Flat Track series, and I really want to get more involved in the Production Twins class. I really like the work ethic of Texter and his team. Cory does a lot for amateur racing and frequently gives back to the sport, so I wanted to do the same for him. I am excited about joining his efforts and helping his team contend for another championship.”

In addition to a new partnership with Roof Systems, Texter welcomes aftermarket motorcycle parts and accessory titan Parts Unlimited / Drag Specialties to his list of partners for 2020.

Texter will also be joined once again by many of his 2019 sponsors, including Holeshot Powersports, Motul Oils, Kicker Audio, Stay The Course, Fredericktown Yamaha, Alpinestars, and Bell Powersports.

https://www.cardosystems.com/wp-content/themes/cardo/assets/img/val-2021/valentines-main-web-banner_2000x900.webp Valentine’s Day is just around the corner and what better way to spoil you riding sweetheart with the gift of Cardo, the global market leader in wireless communication.  With Cardo Systems you and your […]