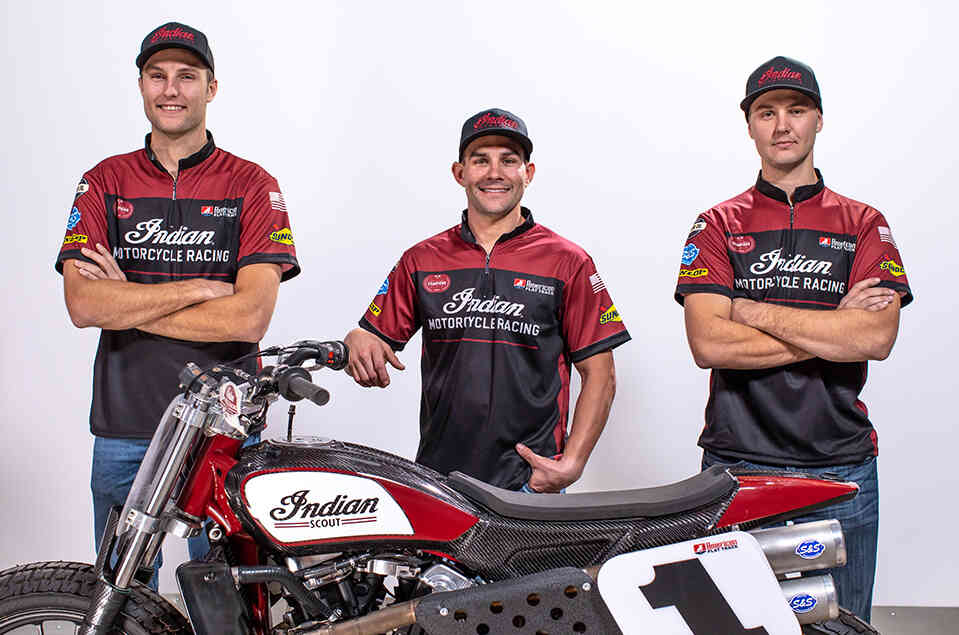 Starting from the front row, Robinson battled near the front of the pack for most of the Main – remaining fast and picking off riders one by one. With four laps remaining, Robinson made an impressive move along the outside to surpass Mees for the lead. Robinson’s win in Atlanta and eighth-place finish in Daytona places him second on the championship leaderboard.

“Brandon Robinson is an incredible competitor. It’s great to see him take to the FTR750 so quickly and secure a win in only his second race on the bike,” said Gary Gray, Vice President – Racing, Technology & Service for Indian Motorcycle. “On a night where the track got the best of a number of riders, it was great to see Mees and Briar battle it out and secure the FTR750 podium sweep.”

After starting the Main on the pole, Bauman fell back as far as eighth place. As the race went on, Bauman found a line low on the track and was able to make several passes and secure back-to-back podium finishes to start the year. Mees, who was looking to bounce back after the Daytona TT, was running fast to start the Main. Though as the race went on, traction wore thin and Mees ultimately finished in second. Through the first two races of the season, Briar Bauman is atop the leaderboard with 42 points followed by Robinson and Henry Wiles (Bandit Industries, DPC Racing, Wilco Racing Indian FTR750) with 36 and 34 points respectively. Mees and fellow Wrecking Crew Rider Bronson Bauman are tied for fifth with 22 total points.

The season continues on April 20 with the Texas Half-Mile in Fort Worth, Texas.

The National Academy of Motorcycle Injury Lawyers (NAMIL) sponsored a drawing for a 2019 Harley-Davidson FXDR 114 worth over $21,400. The drawing was conducted by a national sweepstakes management firm and per the rules of […]

Successfully battling through the extremely muddy conditions at the Villars-sous-Écot circuit, Thomas Covington has rounded out the 2017 FIM Motocross World Championship by claiming the overall MX2 class victory at the final round of the […]