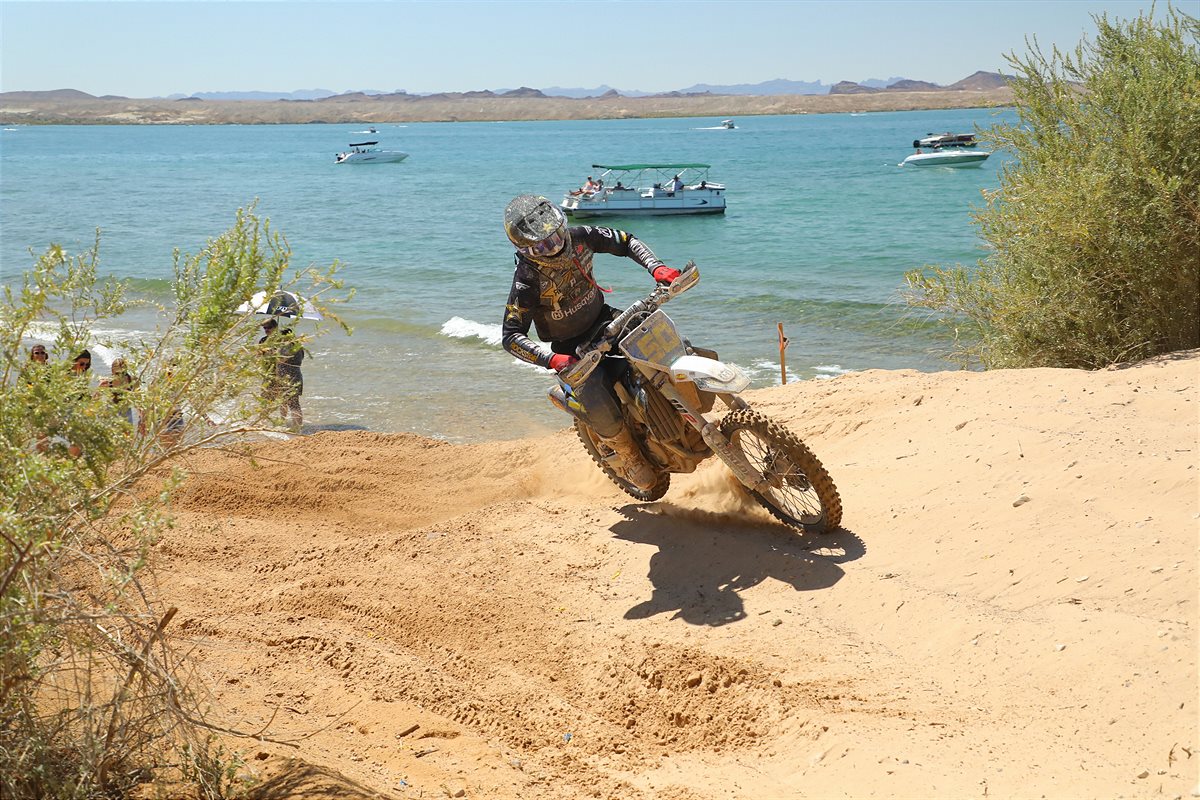 Rockstar Energy Husqvarna Factory Racing Team’s Austin Walton had a break-through performance on Sunday, capturing his first podium finish of the season with third at Round 3 of the 2021 World Off-Road Championship Series (WORCS) in Lake Havasu City, Arizona.
Walton didn’t get the best start, rounding the opening lap in sixth-place in the Pro 450 class. He quickly moved into fourth by the second lap, chipping away early on to eventually bring himself into podium contention. Once he passed for third, Walton was able to maintain a comfortable position to break away from the rest of the field and lock in a solid third. With a season-best performance, Walton was able to move up one spot in the championship standings to now sit third overall.
Walton: “It was a tough track this weekend but we fought through it and gave a hard push. It was a brutal one, I was trying to find a smooth line on the track but there was no such thing out there. I felt like we rode good, just have to keep dialing things in, putting ourselves up there and stay in the fight.”
Next Round: Taft, California – April 16-18, 2021
Pro 450 (MC) Round 3 Results
1. Dante Oliveira (KTM)
2. Taylor Robert (KTM)
3. Austin Walton – Rockstar Energy Husqvarna Factory Racing
Pro 450 (MC) Championship Standings
1. Dante Oliveira – 72 points
2. Taylor Robert – 69 points
3. Austin Walton – Rockstar Energy Husqvarna Factory Racing – 53 points
About Michael Le Pard 7753 Articles
"Mr. Totalmotorcycle". Owner and Founder of Total Motorcycle. Supporting over Motorcyclists and Motorcycling for 23 great years. Total Motorcycle is my pride and joy and being able to reach out 375 million people has been incredible but I could not have done it without the support of my visitors, readers and members, thank you so much! You are making a difference to millions of riders worldwide. Thank you.
Website Facebook Instagram Twitter YouTube LinkedIn

New Rider to Compete at NGPC & WORCS for Beta Racing

Dare DeMartile will be racing at his first event as a Beta Factory Race Team rider this weekend. He’ll be mounting a Beta Factory 480 RR at Cache Valley MX in Idaho for round 6 […]

Team Suzuki Press Office – December 17. Mitsuo Ito, who participated in motorcycle racing as an employee rider of the Suzuki Motor Corporation, has been inducted into the 1st Motorcycle Federation of Japan (MFJ) Motorcycle […]