More new 2022 Ducati’s… Dreams have no limits and that’s what the new 2022 Ducati Scrambler DesertX, and superbikes Panigale V2, Panigale V2 Bayliss, Panigale V4, andPanigale V4S are all about. The DesertX opens up the door to adventure, thrills without setting any limits! Plus the new Panigal V4…With the 2022 version, the Panigale V4 project completes the most significant evolution since its birth.

The new DesertX was unveiled to motorcycle enthusiasts around the world. The new DesertX is a bike with an intense off-road attitude, that effectively enlarges the boundaries of what can be done with a Ducati. Desert dunes, narrow off-road paths, gravel roads and mountainous twisties: with the DesertX, travelers’ dreams know no more limits.

The 2022 Panigale V4 represents the next step in the characteristic path of Borgo Panigale sport bikes, taking life from Ducati Corse’s long-time experience using continuous knowledge and technology-sharing from the world of racing, applied directly to production bikes. This new project expresses the uniqueness of a brand capable of winning the MotoGP constructors’ championship for the second consecutive time, while ensuring that every single element designed for competition can be transferred to motorcycles built for enthusiasts. The Panigale V4 is constantly refreshed and improved, just as it is in MotoGP and WorldSBK.Plus 30 other new 2022 Ducati motorcycles await you at Total Motorcycle. The best specs, the best photos, the best features and all at no cost. The Wildest Travel Dreams Come True with the Ducati DesertX: a Motorcycle Born to Enhance Adventure and Thrills Without Setting Any Limits 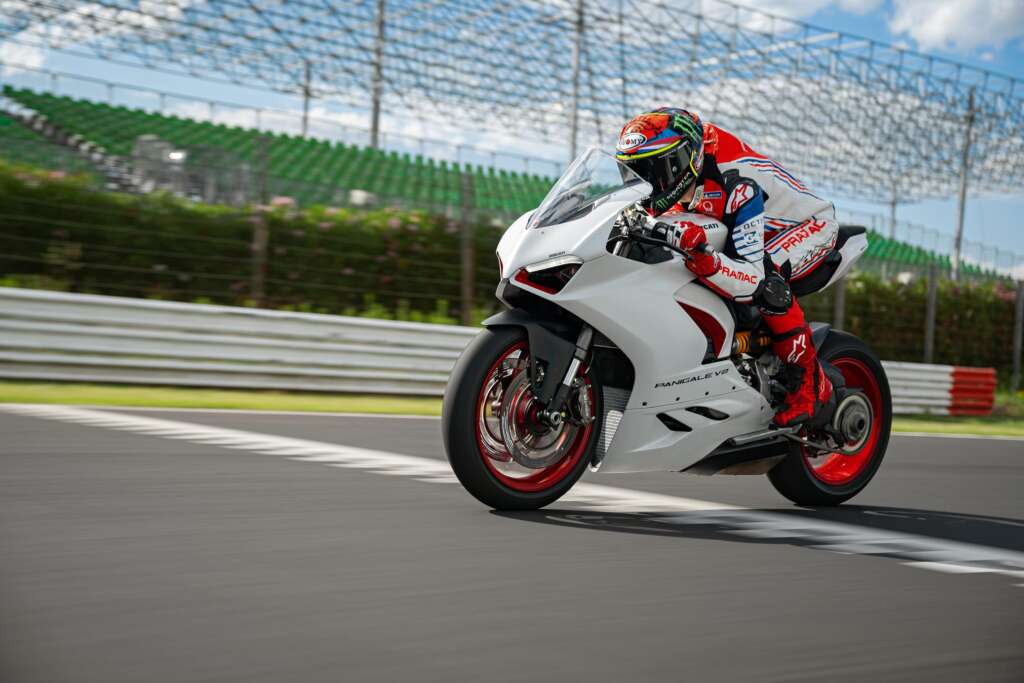 Happy Father’s Day from URAL and Total Motorcycle! Get inspired. Go Riding! When Father’s Day comes around, we’re often contacted or sent photos by sidecar families from around the globe sharing their stories of togetherness. […]