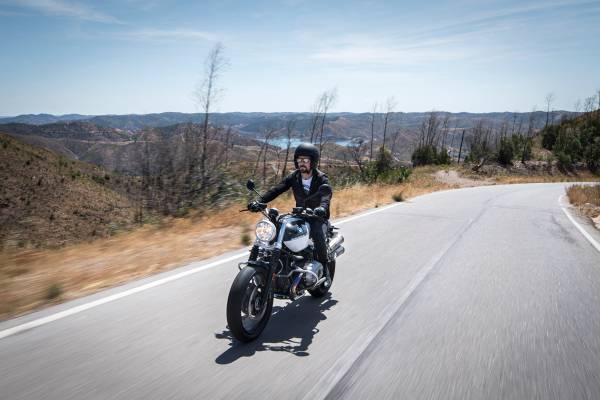 Portimão. The term ‘home race’ is used regularly in motorsport to describe an event taking place in the home country of a rider, team or manufacturer. However, when the FIM Superbike World Championship (WorldSBK) visits ‘Autódromo Internacional do Algarve’ at Portimão (POR) this weekend (7th to 9th August), it is a home race in the full sense of the word for Eugene Laverty (IRL). The BMW Motorrad WorldSBK Team rider lives just 15 minutes from the circuit.

The proximity makes the journey to round three of the 2020 WorldSBK season particularly simple for Laverty. Following last weekend’s event at Jerez de la Frontera (ESP), he headed home. From there, it takes him just a quarter of an hour to travel to the circuit each morning this weekend.

“In the past, I’ve always considered Donington to be my home round, although it was in England, and to get there, my friends and family had to take a flight across the water”, said Laverty. “This time, as I moved to Portugal during the winter, the track is just 15 minutes from my home so it’s going to be unique. I will be able to stay in my own bed, have my normal breakfast and my coffee and then head off to work with my BMW R nineT or my BMW M4. That will be great and it’s the first time during my career that I will be able to do that.”

Laverty is well acquainted with the ‘Autódromo Internacional do Algarve’ and knows what challenges await him, the BMW Motorrad WorldSBK Team and the BMW S 1000 RR this weekend. The undulating track in the hilly hinterland of Portimão has its own very special features.

“It has always been my favourite circuit”, Laverty explained. “It’s so natural with the undulations. It’s great fun, especially on a motorbike. When you’re braking into turn one from more than 300 km/h, the braking point goes sharp downhill. Also great is Craig Jones Corner, where it is fourth gear, spinning the rear and on the exit it is completely blind so experience is so valuable at this track. It is not a track that you can learn instantly and I have more than a decade of experience there. I am hoping that this weekend I can benefit from that and get back on the podium.”

Laverty is also a friend of Paulo Pinheiro, CEO of the ‘Autódromo Internacional do Algarve’. He knows that after WorldSBK, another highlight will follow later in the season: “2020 has been a really strange year for racing with all the series being stopped due to Covid-19 and there have been different circuits added to the calendar. And for Portimão that has been incredibly beneficial because now Formula One will be coming here at the end of October. It’s great and very exciting for the circuit. It has always been Paulo Pinheiro’s dream to have Formula One come to race on his circuit and finally in 2020 that becomes a reality.”

Round three of the 2020 WorldSBK season at Portimão kicks off with two free practice sessions on Friday. They are followed on Saturday by another practice, Superpole qualifying and race one. Sunday features the warm-up, Superpole Race and race two.

Team Suzuki Press Office – November 18. The Suzuki International Superbike series in New Zealand kicks-off next month for the first of three rounds at Bruce McLaren Motorsport Park on December 6th. And following a […]

Munich. The number of titles won by BMW Motorrad Motorsportriders in the 2018 season has risen to four: Florian Brunet-Lugardon(FRA) has been crowned champion for the second time in a row in the French European […]