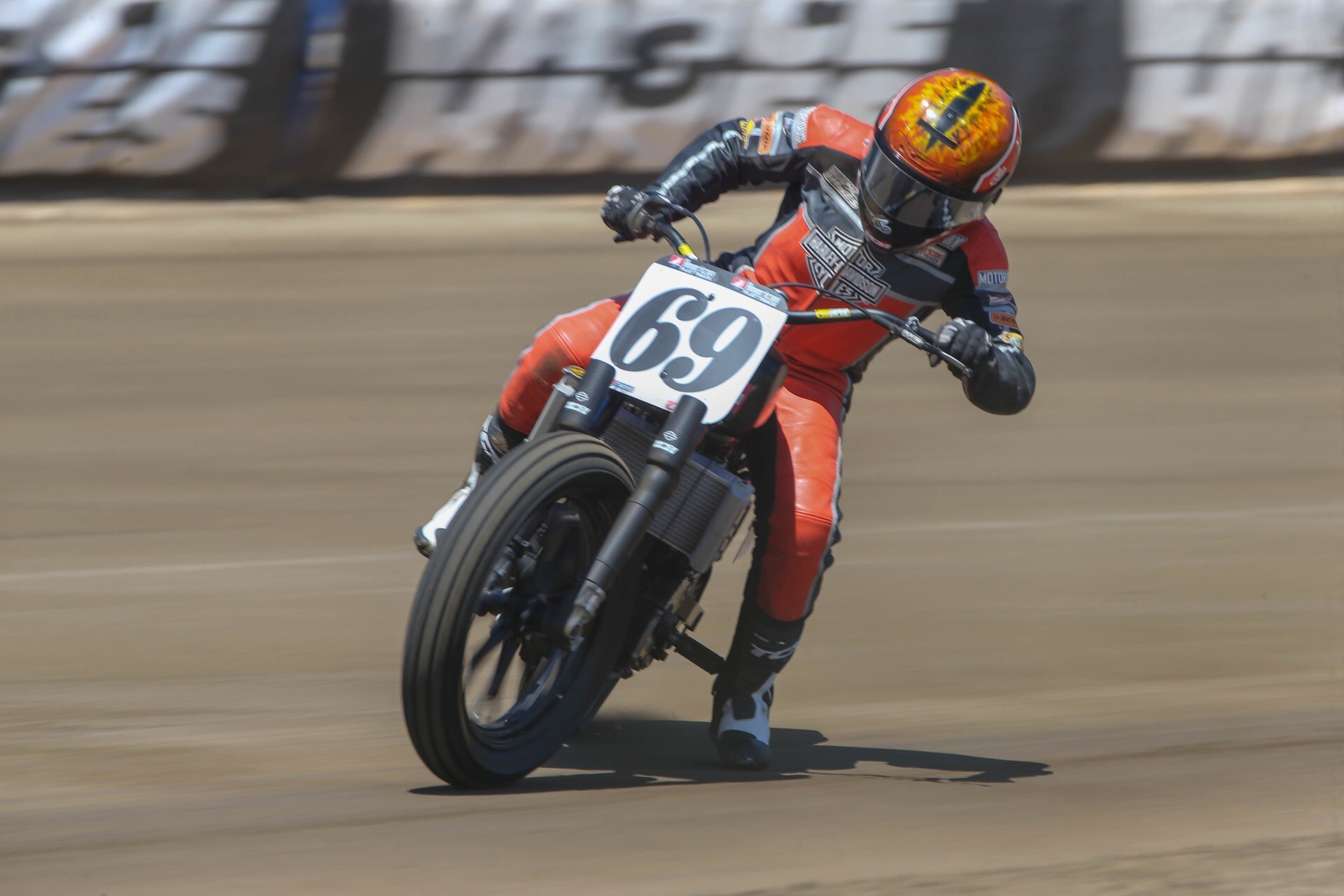 DAYTONA BEACH, Fla. (May 14, 2019) – American Flat Track will press the limits of speed, bravery, and tactical acumen this weekend as the series arrives at the first of six magnificent Mile showdowns in 2019 — the Law Tigers Legendary Sacramento Mile presented by Cycle Gear powered by Estenson Racing — on Saturday, May 18, at the Cal Expo Fair in Sacramento, Calif.

The AFT Twins presented by Vance & Hines points race is headed by a pair of established frontrunners on the cusp of superstardom in Briar Bauman (No. 14 Indian Motorcycle/Progressive Insurance FTR750) — the only premier class rider to finish on the podium in every Main Event this season — and Brandon Robinson (No. 44 Kennedy Racing/Armbruster Racing Indian FTR750) — the only rider with two premier class victories in 2019.

The Sacramento Mile will be a major test of the credibility of their respective titles campaigns as they’ll be opposed by the sport’s dominant forces who have no interest in passing the torch any time soon.

Smith and his team sat out last week’s So-Cal Half-Mile to prepare for the upcoming stretch of Miles. He’ll no doubt be hugely motivated to reap the rewards of that sacrifice this weekend and re-stake his claim as the undisputed master of the event.

After getting his championship campaign off to a slow start, 2016 champ Ryan Wells (No. 94 Estenson Racing Yamaha YZ450F) is arguably the hottest rider in Roof Systems AFT Singles presented by Russ Brown Motorcycle Attorneys action at the moment. He’s now logged two consecutive podiums, including last weekend’s victory at the So-Cal Half Mile.

Light in weight, heavy in confidence, and precise in her maneuvers, Shayna Texter (No. 52 Red Bull KTM Factory Racing SX-F 450) is a favorite any time the AFT Singles class grids up for a Mile. Texter boasts seven Mile victories among her class-leading 15 career wins. For comparison, consider that just four other riders have tallied seven combined AFT Singles victories across all four disciplines.

Meanwhile, in AFT Production Twins, the field is still searching for an answer for Cory Texter (No. 65 G&G Racing/Holeshot Powersports Yamaha MT-07). Texter is now two-for-two on the season, backing one dominant win up with another last weekend.

The Legendary Sacramento Mile will live up to its billing off the track as well, thanks to the sheer number of legends who will be in attendance. 1969 Grand National Champion Mert Lawwill will serve as the Grand Marshal at the event where he claimed his maiden AFT Twins victory back in 1965.

Additionally, the entire Class of ‘79 will be on hand to celebrate the class’ 40th anniversary and its tenth as a charity. Wayne Rainey, Scotty Parker, and the other Class of ‘79 luminaries will be incorporated into the Motion Pro Legends Of Flat Track Meet and Greet / Autograph session.

Emphasizing the fan-friendly nature of the event, there will be two track crossings for the pit walk, and handicap shuttles will connect the parking lot and grandstands.

Tickets are on sale now for the Law Tigers Legendary Sacramento Mile presented by Cycle Gear powered by Estenson Racing at www.sactomile.com. You save $10 per ticket by ordering reserved seats online as opposed to purchasing at the gate. Military and First Responders will be provided free general admission standing room only tickets at the Cal Expo Gate on the day of the event.

First ever qualifying 1-2 for BMW Motorrad in WorldSBK

October 4, 2020 Michael Le Pard News Comments Off on First ever qualifying 1-2 for BMW Motorrad in WorldSBK

Successful return to Autodromo Internacional do Algarve for Suzuki