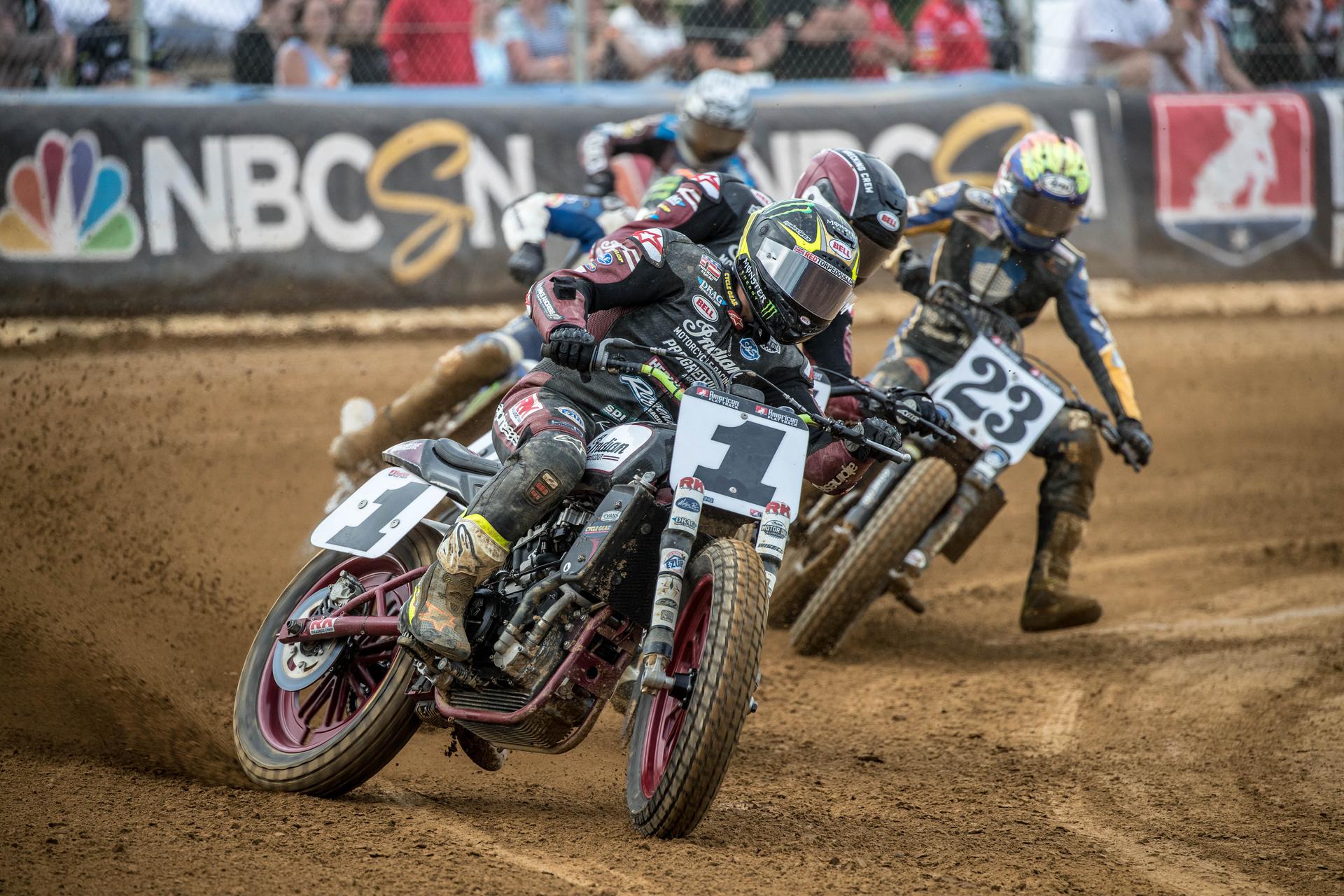 Mees’ younger Indian Wrecking Crew teammates have stolen away some of the attention he so thoroughly demanded during back-to-back AFT Twins presented by Vance & Hines title runs in 2017 and 2018. Briar Bauman (No. 14 Indian Motorcycle/Progressive Insurance FTR750) currently holds a 34-point championship lead on the strength of a perfect seven-for-seven podium record in 2019, while Bronson Bauman (No. 37 Indian Motorcycle/Progressive Insurance FTR750) rides into the Lima Half-Mile still savoring his maiden premier-class victory.

For Mees, the Lima Half-Mile represents equal parts pressure, opportunity, and responsibility. It’s not only his home race, he’s also the event promoter. It also just happens to be exactly the sort of demanding, physical track that Mees loves to conquer as a showcase of his ability and focus.

That increased focus can play out in more than one way. In 2017, the Lima Half-Mile was the only Main Event Mees failed to qualify for — or podium for that matter — due to penalties he incurred for jumping the start in his semi. A year later, he got his redemption in the form of a runaway victory that was arguably the centerpiece performance of his successful 2018 title defense.

Which way things go in 2019 could very well play an important role in determining if Mees will be able to secure three consecutive Grand National Championships. Winning this weekend could be far from easy; Briar Bauman took the Main in 2017 in dominant fashion and second-ranked Brandon Robinson (No. 44 Kennedy Racing/Armbruster Racing Indian FTR750) took top honors at the venue in 2016.

Fans should also keep an eye on Dallas Daniels (No.163 Estenson Racing Yamaha YZ450F), as this challenging track marks the debut event for the fresh-blooded wunderkind of the already-formidable Estenson Racing front.

As an added bonus, the AFT Production Twins championship fight resumes this weekend after sitting the Laconia Short Track out. After three races, it’s Cory Texter (No. 65 G&G Racing/Holeshot Powersports Yamaha MT-07) against the field. Unless someone can stop him, Texter is in position to up his perfect season’s win streak to four this weekend.

Not surprisingly, fans of Jared Mees will notice a number of familiar backers this weekend. Along with presenting sponsor Johnny K’s Indian, several of Mees’ sponsors have come aboard to help support the race, including Drag Specialties, S&S Cycle, Lucas Oil, and J&P Cycles.

There’s some extra incentive to pick up an event t-shirt, as a dollar for each event shirt sold will go to support Mees’ former Indian Wrecking Crew teammate Brad Baker.

Tickets for the Indian Motorcycle Lima Half-Mile are on sale here. Advance tickets start at just $30.

Huge Moto Guzzi Open House Event is Back for 2019

MOTO GUZZI V85 TT IS THE QUEEN OF THE 2019 EDITION THAT AIMS TO BREAK THE RECORD OF THE 30 THOUSAND PARTICIPANTS FROM LAST YEAR THE MANDELLO PLANT OPENS FOR THREE DAYS OF ENTERTAINMENT: MUSIC, […]