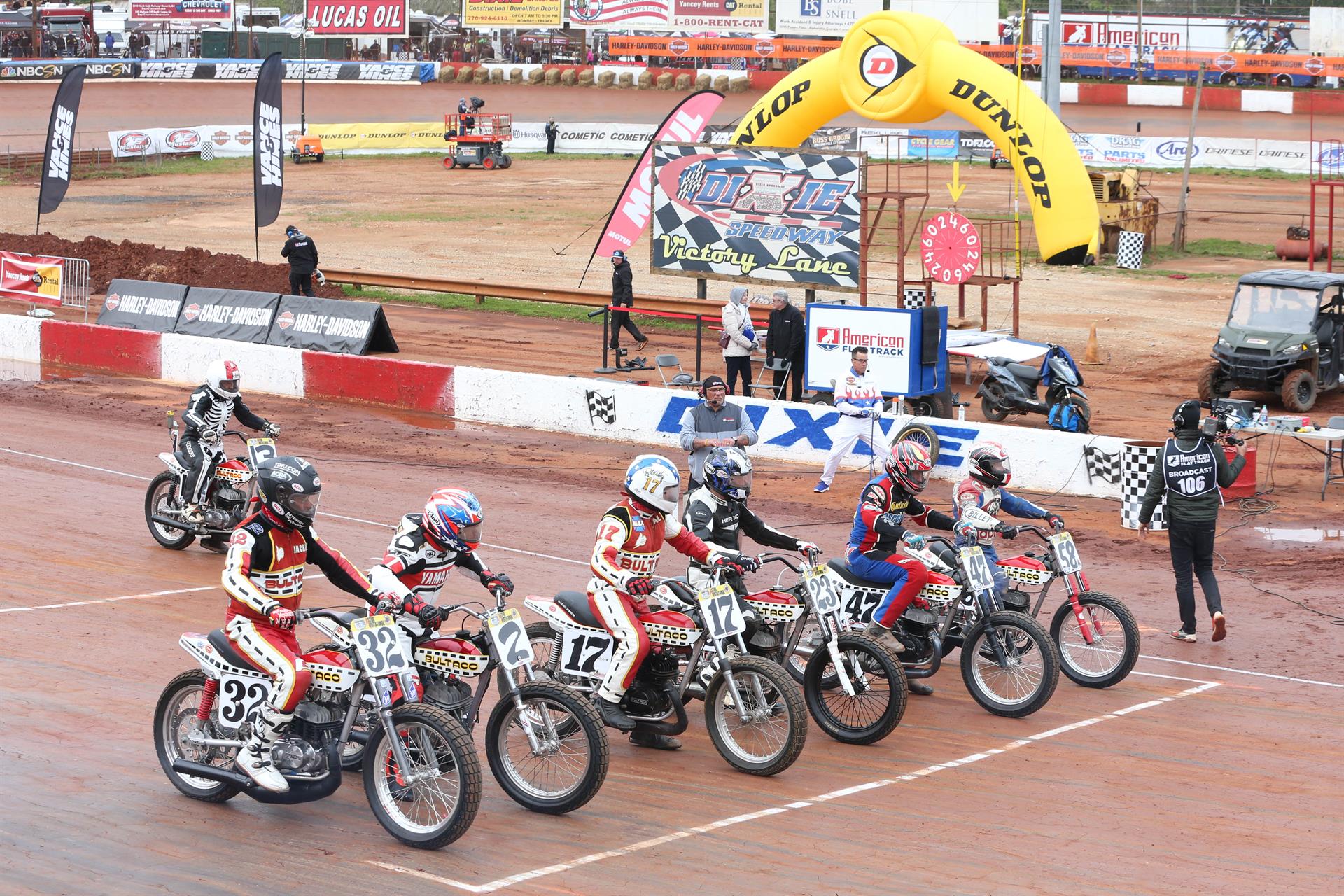 Designed to benefit AFT’s official charity – the Rookies of 79 Charity for Injured Racers – the event will bring former professionals and avid vintage flat track competitors together to compete on purpose-built two-stroke Bultaco Astros.

Wildly popular in the early 1970s, the Bultaco Astro is a factory-built flat track machine that was designed to be ready to race right out of the crate.

“The Astro Invitational was a hit with our Atlanta Short Track fans in 2018,” said Cameron Gray, COO of AFT Events. “Fans love seeing some familiar stars of professional flat track rip around Dixie Speedway on these classic flat track machines. We are excited to have them back again this year.”

The invitational will host a maximum of 30 riders who will compete in two heats, culminating in an exciting 14-rider Main Event in front of the always-enthusiastic crowd at Dixie Speedway.

The next BMW champion: Danny Webb celebrates early title win in the IRRC