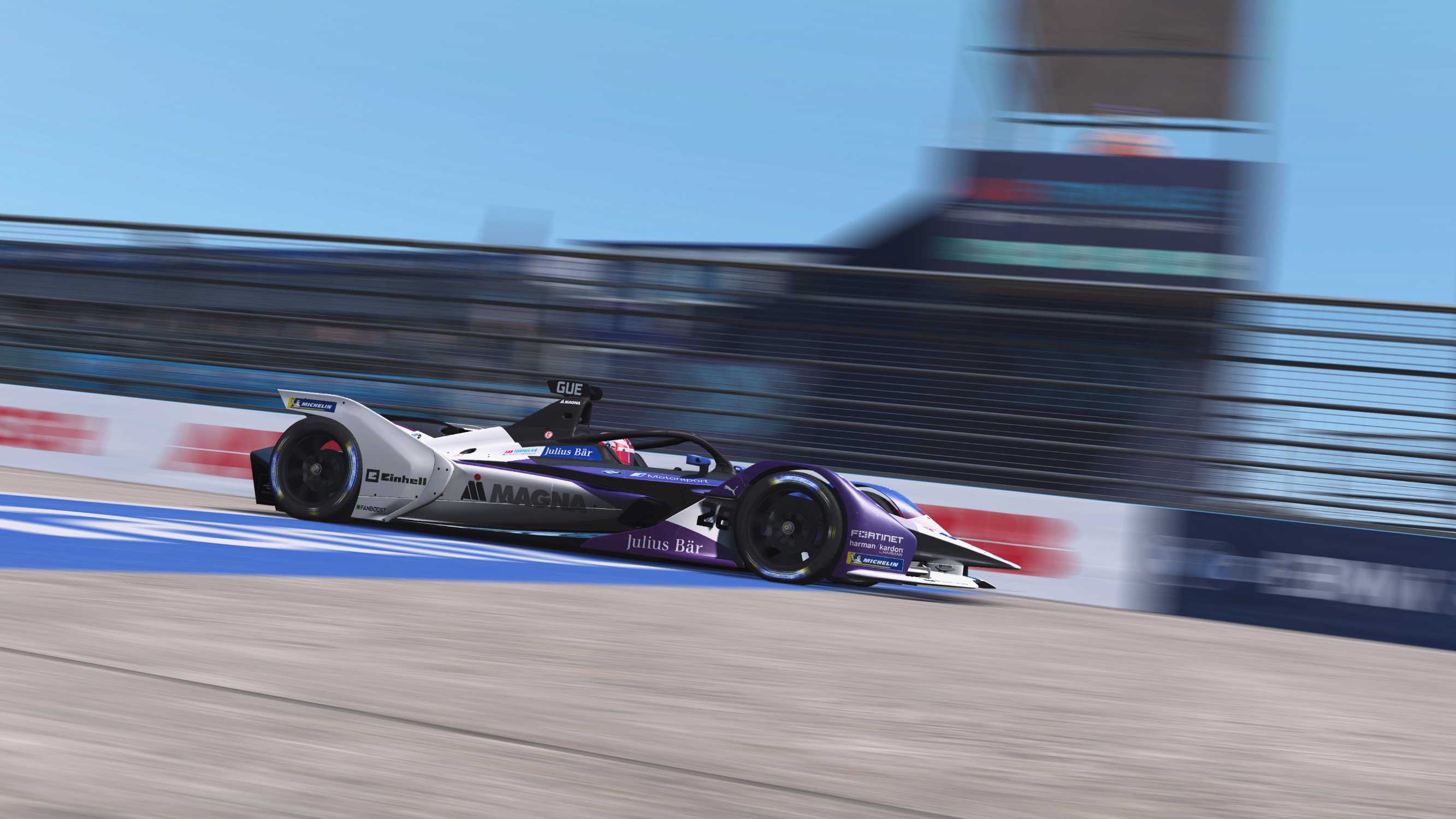 Munich. The final weekend of the ‘ABB Formula E Race at Home Challenge’ ended with a total of three podiums and a win in Sunday’s Grand Final for BMW i Andretti Motorsport. Maximilian Günther (GER) finished third in the Drivers’ Grid races on Saturday and Sunday, completing the virtual Formula E season in fourth place in the overall standings. Alexander Sims (GBR) secured 13th place in both of the weekend’s races. The big winner on the Challenge Grid was Team Redline driver Kevin Siggy (SLO). On Sunday, he won the Grand Final for sim racers and guest drivers in the BMW iFE.20 to claim some spectacular prizes.

Siggy competed in the colours of BMW i Andretti Motorsport for the entire season and will be rewarded for his win with a test drive in the real Formula E car. He will also get one of the sought-after starts in the final race of the BMW SIM M2 CS Racing Cup, which will take place at the end of the year as part of the BMW SIM Live Event in Munich (GER). Siggy claimed second place on Saturday but was already assured of topping the overall standings after seven races, which meant that he started the Grand Final from pole position. Only the winner of this last race would claim the prizes – and Siggy did not let that success slip from his grasp. In the second BMW iFE.20, sim racer Cem Bolukbasi (TUR) finished the Grand Final in eighth place.

Double points were on offer in the final race for Formula E drivers. Günther finished third on his virtual home circuit in Berlin (GER). He finished in fourth place in the overall standings with 118 points. The title went to Stoffel Vandoorne (BEL, Mercedes). Sims finished 13th as Oliver Rowland (GBR, Nissan) claimed victory in Sunday’s race.

On Saturday, the seventh race of the season had taken place on the virtual circuit in New York City (USA). Günther crossed the finish line in fifth place but was adjudged to have finished third after retrospective penalties for Vandoorne and Rowland. Sims also finished Saturday’s race in 13th place.

Reactions to the Grand Final:

Maximilian Günther (#28 BMW iFE.20, race result Saturday: 3rd place, race result Grand Final: 3rd place, overall standings: 118 points): “It is great that I was able to round off the ‘ABB Formula E Race at Home Challenge’ season with two podiums. I really enjoyed battling for the title from start to finish. Congratulations to Kevin Siggy, who gave some fantastic performances in the virtual BMW iFE.20. Congratulations to Stoffel Vandoorne as well on his overall victory in the Drivers’ Grid. Now I can hardly wait to get back to the real racetrack.”

Alexander Sims (#27 BMW iFE.20, race result Saturday: 13th place, race result Grand Final: 13th place, overall standings: 1 point): “I really enjoyed the virtual Formula E season. I had absolutely no sim racing experience beforehand, which meant that I did not have particularly high expectations. I felt that I achieved nearly ideal results with the speed that I had in most of the races. That was very pleasing. Congratulations to Maximilian. He gave very strong performances throughout the season. Now I am looking forward to hopefully returning to the cockpit of the real BMW iFE.20. Although I had lots of fun in the simulator, nothing can replace that real race feeling.”

Kevin Siggy (#28 BMW iFE.20, Team Redline, race result Saturday: 2nd place, race result Grand Final: 1st place): “I can still hardly believe that I really did it. I am unbelievably proud of this success. Lucas Müller made my life very difficult on the first lap, but after that I was able to build up a bit of a lead. Now I am so looking forward to the test drive in the real Formula E car and to taking part in the finale of the BMW SIM M2 CS Racing Cup as part of the event in Munich. Many thanks to my Team Redline and to BMW i Andretti Motorsport for allowing me to sport their colours on the Challenge Grid. It was a real honour for me.”

The Rockstar Energy Husqvarna Factory Racing Team rolled into Angel Stadium in Anaheim, Calif. for the second time this season to compete at the third round of 2018 AMA Supercross. This groundbreaking race was the […]

In what was yet another challenging day of racing at this year’s Dakar Rally, Rockstar Energy Husqvarna Factory Racing team riders Andrew Short and Pablo Quintanilla enjoyed strong performances during Monday’s stage seven of the […]

SPRINGFIELD, Ill. (September 3, 2017) – Jared Mees continued his march toward the 2017 AFT Twins presented by Vance & Hines crown in Sunday’s epic Harley-Davidson Springfield Mile II. It was win that may go […]