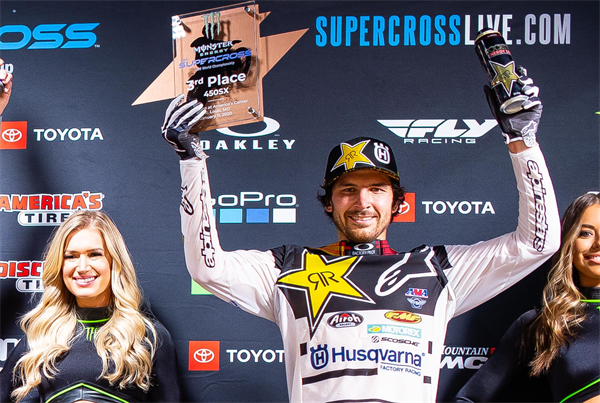 Belgian rider Xavier Simeon has joined Suzuki Endurance Racing Team for the 2019-2020 EWC Championship to ride alongside Etienne Masson and Gregg Black aboard the GSX-R1000.

Simeon will replace Vincent Philippe, who has retired after earning 10 of SERT’s world titles, 16 years with the team and a total of nine Bol d’Or victories.

Simeon has won a 600 Superstock title in 2006 with Hamamatsu and taken a podium of the 2009 FIM Superstock 1000 Championship. He has also had experience in Moto2 and MotoGP.

With EWC recently boosted with the new emergence of pilots from MotoGP, WSBK and other motorcycle championships, the team feels that Simeon is a perfect example of that and new SERT Team Manager Damien Saulnier is effectively counting on those qualities and skills the current championship leaders look to collect a further title.

“We got to know each other this year. He’s a hard-headed and humble person. He’s a fast rider with a dynamic pace. It’s our duty as riders to make him feel comfortable and share our experience. He has to experience the overall potential of our motorcycle which is quite different from the one he has been riding in the previous season in EWC. I am very confident because Xavier has experience in the mastery of race motorcycles.”

“I’ve known Xavier since 2005. We worked on the same tracks until 2010. He is an efficient pilot and a friend as well. Even if he has only been racing for a year in EWC, he already has great experience in motorcycle competition. I am sure we’ll do a great job together and Xavier has earned my trust. That is why I arranged a meeting between him and Damien (Saulnier) some time ago. With Etienne and Xavier, we share the same objectives and way of thinking.”

“The arrival of Xavier Simeon in the team is a great addition to the 2020 season. And even better is that our three riders already know each other. Xavier’s experience in GP is an undeniable asset. Etienne, Gregg and Xavier have a similar profile and I am sure that their teamwork will set a new momentum within the SERT.”

Rockstar Energy Husqvarna Factory Racing Team’s Zach Osborne came into Saturday’s WW Ranch National with vengeance after a tough go last weekend, and he made the most of his championship opportunity as he picked up […]