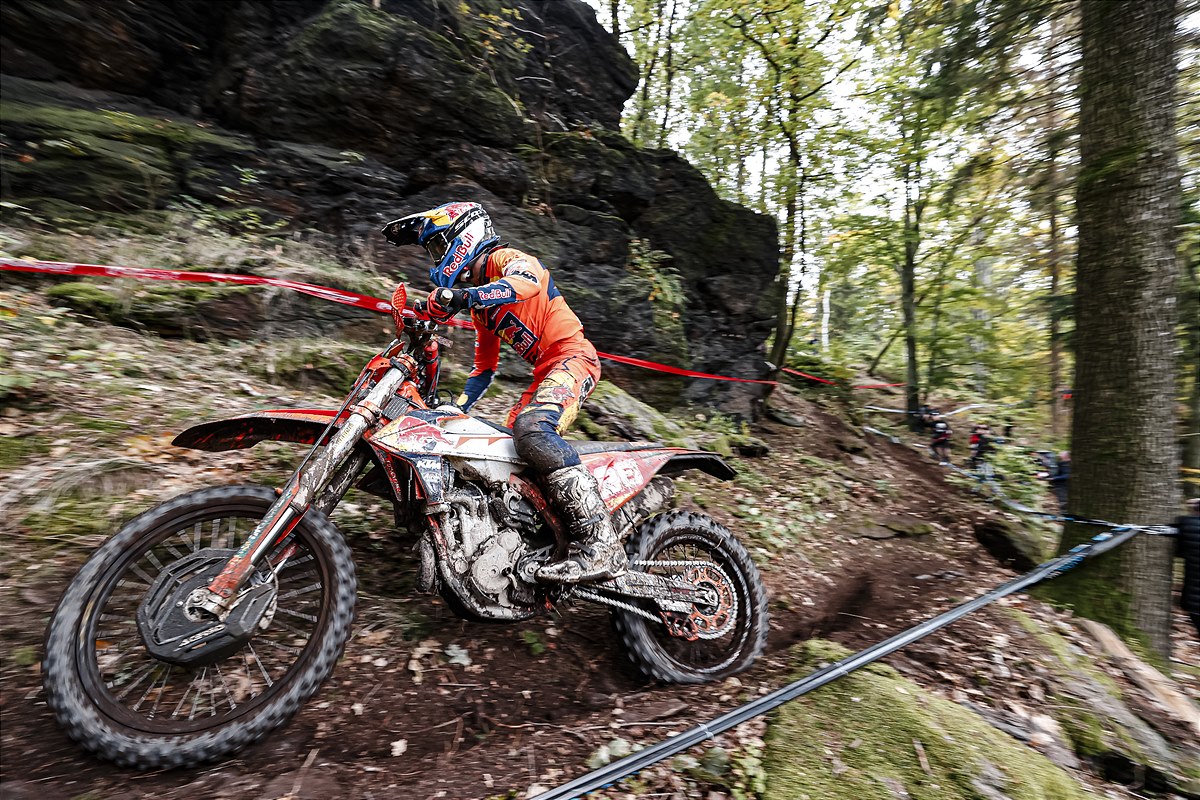 Red Bull KTM Factory Racing’s Josep Garcia will take on a new challenge for the upcoming season as the two-time E2 World Champion will race in the hotly contested Enduro1 class at this year’s FIM EnduroGP World Championship, riding the KTM 250 EXC-F.
Returning to classic enduro action in 2021 aboard the KTM 350 EXC-F in the Enduro2 class, Josep promptly went on to claim the world title and secure the individual overall ISDE win along the way.

In 2022, despite a crash at the GP of Italy resulting in him being unable to compete in the second Portuguese round and forcing him to miss out on three point-paying days in the EnduroGP class, Garcia went on to complete the season as runner-up. It was a similar story in E2, where after returning to action after injury, Josep won the final four days of competition to also finish second overall, a mere nine points down on the winner.

Garcia also showed his class and speed at the 2022 FIM International Six Days Enduro (ISDE) in France. Riding the KTM 350 EXC-F, Josep topped three of the five days of racing before delivering a strong runner-up performance in the final motocross to secure back-to-back overall individual wins at the iconic enduro event.

Now, heading into the packed 2023 season and looking for a new challenge, Garcia will make a return to the KTM 250 EXC-F – the bike that took him to his first world championship title in 2017. Racing for the Red Bull KTM Factory Racing team for the seventh consecutive season, Josep has his eyes set on winning each and every championship he enters and ultimately claiming the EnduroGP crown.

Josep Garcia: “The decision to move from E2 to the Enduro1 class was made by both KTM and me. It’s always good to set new goals, and with a new bike for 2023, it made sense to ride the KTM 250 EXC-F for new motivation and a new challenge in the E1 class. Last year was an incredible year for me riding the KTM 350 EXC-F – I finished as runner-up in EnduroGP and Enduro2, I won the individual ISDE, and completed the year as Spanish Champion. The injury in Italy cost me the fight for the world title, but thankfully I was able to come back and still finish the year on a high. For me, I’m just looking to mix things up a little for this year. The 250 really suits my riding style and I know I can make it work in the world championship as well as the other events throughout the year. The 2023 season will also be my seventh year with Red Bull KTM Factory Racing, which is great. It shows how well the relationship works between me and Fabio and the whole of the factory team. I’m hoping 2023 will be another great year for us and I’m definitely going to be fighting hard to claim that EnduroGP title.”

Round one of the FIM EnduroGP World Championship kicks off in Italy on March 31 – April 2.

About Michael Le Pard 8577 Articles
"Mr. Totalmotorcycle". Owner and Founder of Total Motorcycle. Supporting over Motorcyclists and Motorcycling for 23 great years. Total Motorcycle is my pride and joy and being able to reach out 375 million people has been incredible but I could not have done it without the support of my visitors, readers and members, thank you so much! You are making a difference to millions of riders worldwide. Thank you.
Website Facebook Instagram Twitter YouTube LinkedIn

18 New 2023 Kawasaki Motorcycles Premier. Everything from sportbikes, supermoto, enduro, dual purpose, motocross and off-roaders. It’s a great day. Also a great day to Celebrate VE Day across the world as today marks the […]