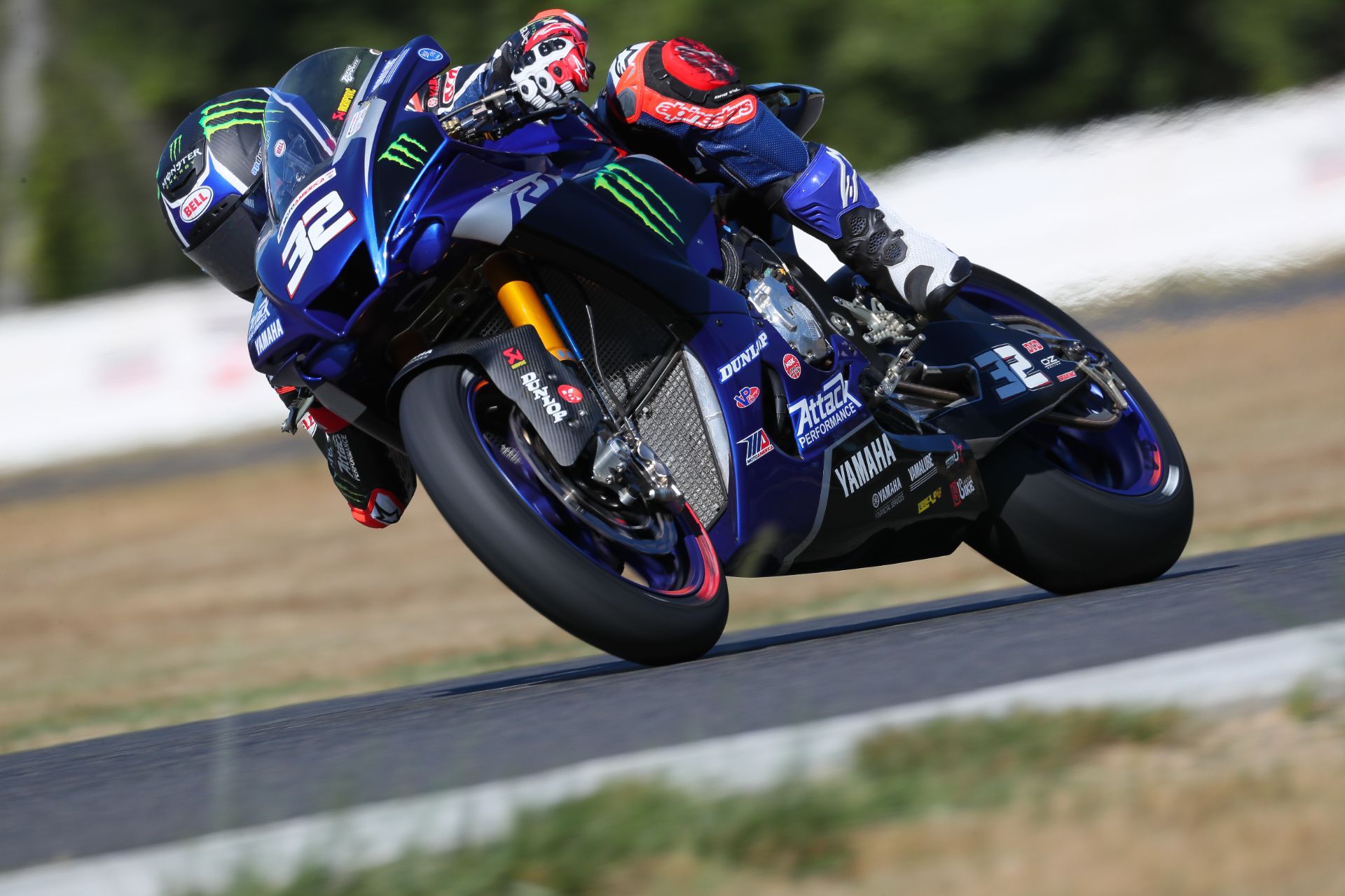 Gagne began the weekend in strong form, breaking Beaubier’s Superpole streak. When the lights went out, he made a run for the holeshot from pole position, but the four-time Superbike Champion swiftly countered into turn one. A few corners later, the race was red-flagged after a crash at turn two. As the grid reformed for the restart in their original starting positions, Gagne once again got off to a flying start before Beaubier stormed down the inside into turn one. He didn’t look back, charging ahead to build a comfortable gap and crossed the line eight seconds ahead of the competition in the shortened 13-lap race. His eighth win of the season in nine races, Beaubier continues to fortify his title defense with a 49-point lead.

Lapping within a few tenths of the champ, Gagne kept his teammate honest. Unfortunately, as the race wore on, the conditions were not ideal for the softer-option tire choice. He gradually lost pace as he went into conservation mode to keep it on two wheels. After a brief battle, he eventually crossed the line fourth to score some valuable points in the championship. Gagne sits second in the standings, 15 points ahead of third.

Richard Stanboli
Monster Energy Attack Performance Yamaha Racing Team Manager
“Our team continues to work hard to make sure that the riders have the most competitive machines, the Yamaha R1. We were pleased to see both riders dramatically gap the rest of the field early in the race. Cameron went on to a commanding victory and happily found the off button for the wheelie control to celebrate his win with a nice stand-up wheelie. Unfortunately for Jake, today’s conditions were tough on the softer option tire, and he was unable to maintain the pace up front and eventually finished fourth. We’ll keep working, and both riders and machines will be ready for combat in Sunday’s race.”

Cameron Beaubier
Monster Energy Attack Performance Yamaha Racing
“The start was tricky today, going through the chicane right off the bat with the pack. I knew I needed to try to get off the start as good as I could to try and lead it out of there. I put my head down, and I was able to pull out a gap slowly at the beginning and then all of a sudden, there was a good chunk. I felt really comfy out there on my R1. We’ve had a great start to the season. I just want to keep it going and not get too excited yet. I’m looking forward to tomorrow.”

Jake Gagne
Monster Energy Attack Performance Yamaha Racing
“We’ve been working hard all weekend with the team. This is a tough track and putting all the pieces together is key. It was nice starting from pole position because Turn 1 is tricky. We got off into second behind Cam and pushed to keep him in view. Unfortunately, about six laps in we started losing grip, which hasn’t happened all weekend. It was really tough to keep it on two wheels and we ended up fourth. It wasn’t the best day, but we’ll come back stronger tomorrow!”

PETRONAS Yamaha Sepang Racing Team duo Fabio Quartararo and Franco Morbidelli made a flying start at the Grand Prix of Japan, finishing the day first and sixth on the timesheets at the Twin Ring Motegi. […]