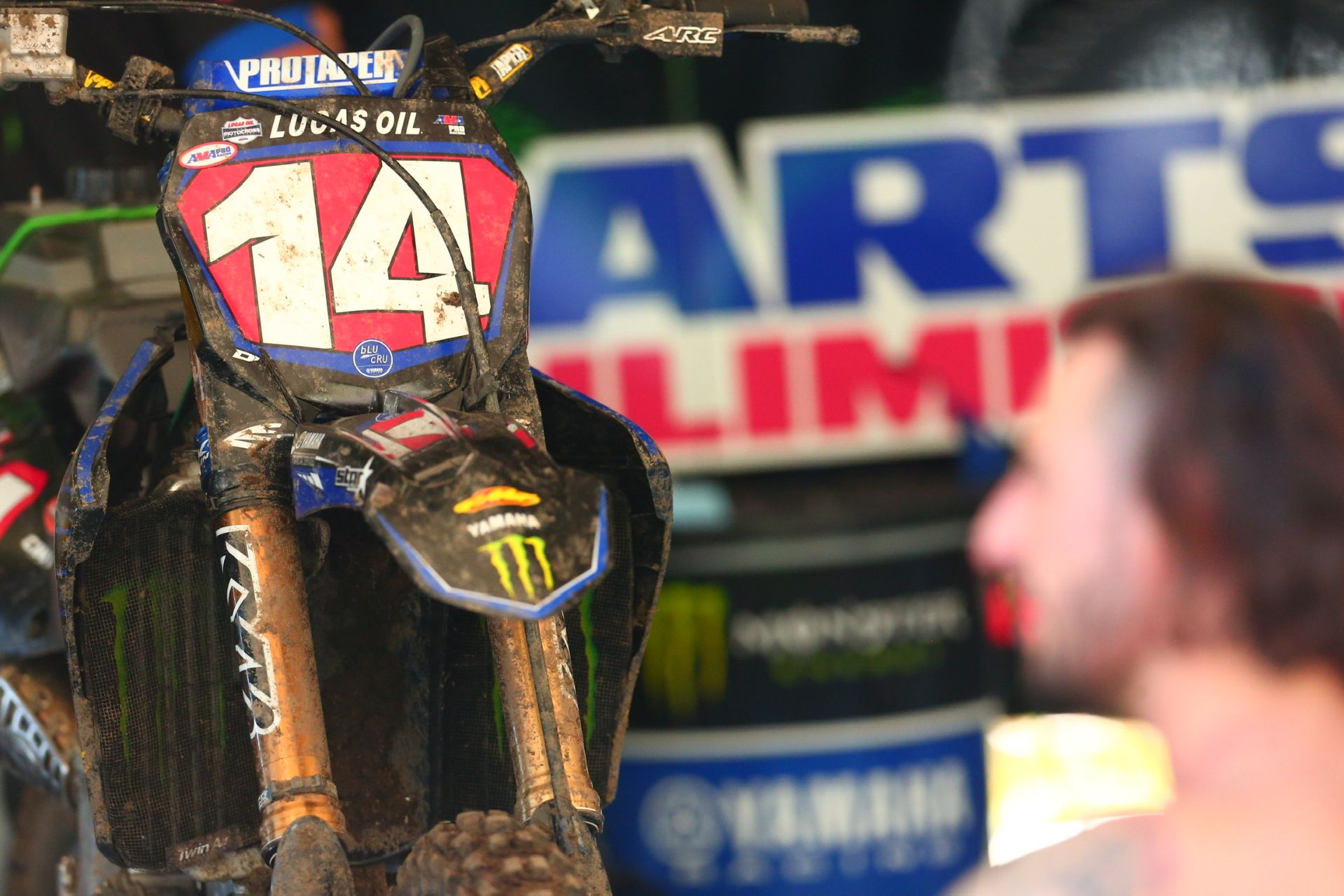 Monster Energy Star Yamaha Racing’s Dylan Ferrandis continues to impress in his debut season in the Lucas Oil Pro Motocross 450 class. The Frenchman returned to the podium with a pair of runner-up finishes to score second overall at yesterday’s Thunder Valley National in Lakewood, Colorado. Aaron Plessinger had a solid second round of the championship, ending the day fifth overall with a 5-4 result. Christian Craig joined his teammates in the top 10 with seventh overall (6-7).

Ferrandis got off to a great start in third and put in some consistently fast times to make a break with the front runners. With around nine minutes to go, the Frenchman made the pass for second in front of the mechanics’ area and then continued his charge to the front with the pass for the lead on the following lap. He was able to build a small gap on the competition but lost some time after a technical issue. Just before the finish line marking two laps to go, he went off track in the heat of the battle but quickly rejoined for the runner-up finish.

In the second moto, he didn’t get off the gate as he hoped and was back in ninth after the first lap. The 2020 250MX Champion immediately went to work and advanced to fifth by Lap 5. He made the pass for fourth just before the halfway mark and went to chase down his teammate Plessinger, who he passed three laps later. Ferrandis then kicked it up a notch on the penultimate lap, setting the fastest lap of the race and advancing to second to help salvage some points in the title chase with two runner-up finishes for second overall. He heads into Round 3 trailing the new championship leader by one point, and maintains a perfect podium record so far this season.

Plessinger had a decent start in the top 10 and put his head down to steadily work his way through the field, advancing to sixth on Lap 9 and then fifth a few laps later. The Ohio native continued at a strong pace and was able to eat away at the gap to fourth but ran out of time. He got a much better start in fifth in Moto 2 and quickly moved into third. He put some pressure on the rider in second but started to lose some ground just before the halfway point. After being passed by his teammate, he continued to ride strong in fourth to leave with fifth overall and maintaining the third spot in the championship standings.

Craig continues to make progress with the 450 team. The Californian had a good start to the first moto in eighth. After being passed by Plessinger early, he was able to work his way through to sixth on Lap 11 and hold it all the way to the checkered flag. In the second moto, Craig found himself 10th after the start, slotted behind Ferrandis, and followed the Frenchman’s charge, moving to seventh four laps into the moto. He lost a position in the thick of the battle but reclaimed it on Lap 12 to leave Colorado with a 6-7 result for seventh overall.

“The day was great from start to finish. Practice went very well, and all three riders were happy going into the motos, and I’m very happy with their results. We will take advantage of this off week off to put our heads down, get the red plate back, and work hard to get all three guys on the podium in the near future.”

“It’s the second race in a row that I’m on the podium, which is great. We rode great in the first moto, probably one of the best motos of my career, but unfortunately had a small issue that cost me the win. I had a bad start in Moto 2 and was mid-pack, but I gave everything I had and came back through the field and finished second again for second overall. We made some changes on the bike for the second moto, and it was really awesome. It was a good weekend. I’m just happy to be on the box again, and we’ll see if I can get the red plate back at the next race.”

“It was a solid weekend for me. We had some good battles and were consistent with a 4-5 finish to get fifth overall. I’m stoked to have a weekend off. We’ll go back and do some homework and come back for High Point ready as ever!”

“Thunder Valley went pretty well for me. I always look forward to coming here, and I was able to set a good qualifying time and was confident heading into both motos. I had some heated battles with some other guys but was able to go 6-7 for seventh overall. It’s a step in the right direction, but I’m looking for a little more to try to get into that top five soon!”

About Michael Le Pard 5784 Articles
"Mr. Totalmotorcycle". Owner and Founder of Total Motorcycle. Supporting over Motorcyclists and Motorcycling for 21 great years. Total Motorcycle is my pride and joy and being able to reach out 330 million people has been incredible but I could not have done it without the support of my visitors, readers and members, thank you so much! You are making a difference to millions of riders worldwide. Thank you.
Website Facebook Instagram Twitter YouTube LinkedIn

Work, leisure, sport. And more. More than any other manufacturer, Yamaha is committed to offering every customer the widest choice of quality ATVs that are designed to excel in every situation. From the rugged and […]