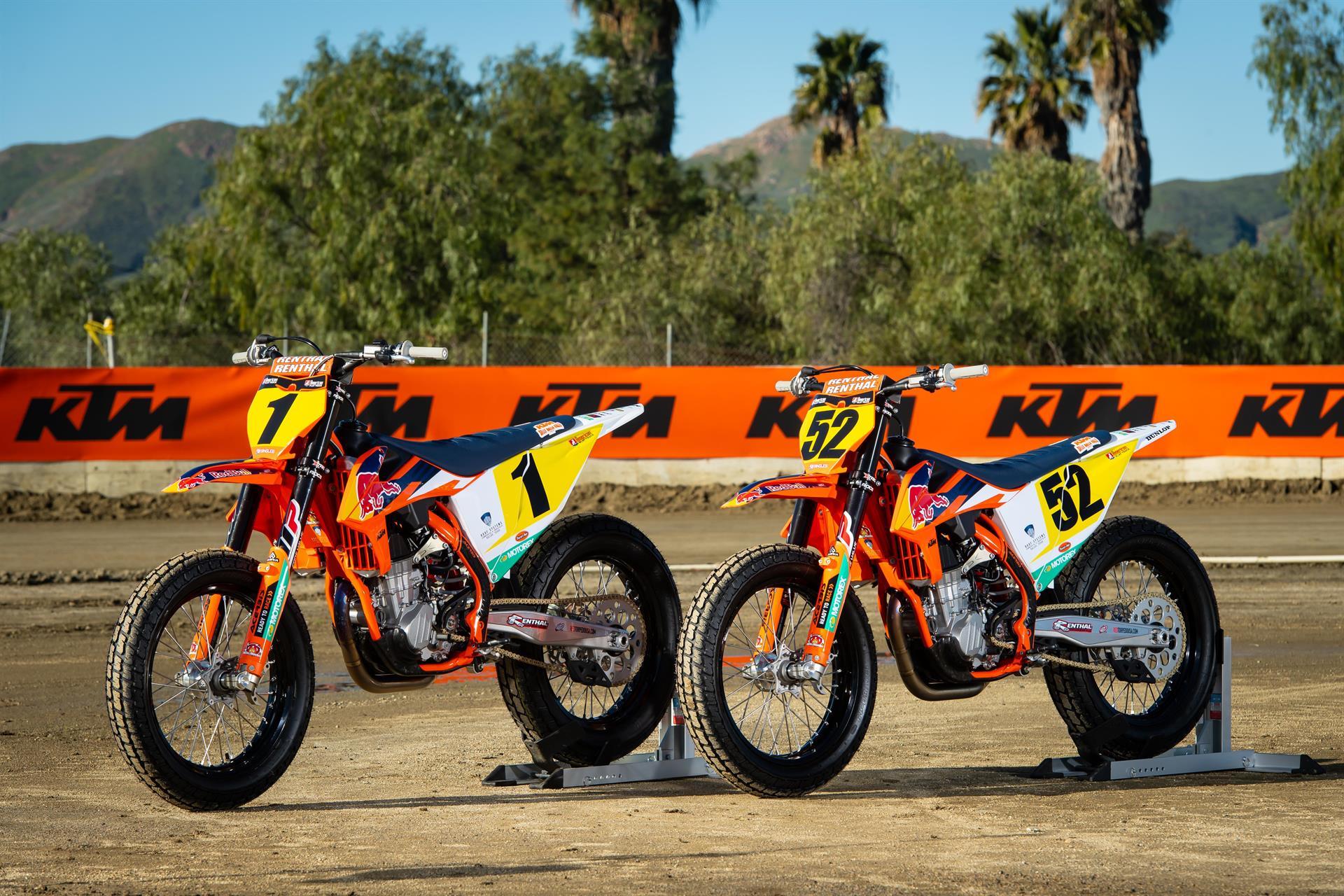 Following back-to-back seasons with double-digit gains in audience, AFT now reaches more than 3 million fans across the country each year. An industry leader in offroad performance, KTM’s partnership with American Flat Track will establish its presence at all 18 rounds of the world’s fastest growing motorsport.

KTM recognizes the recent rapid growth in our sport and has made a major commitment to compete in American Flat Track, with their partners Red Bull and Roof Systems of Dallas,” said Michael Lock, CEO of American Flat Track. “We are delighted that they will complement that by bringing the excitement of their brand and their products to select events during the 2019 season.”

Fans can look forward to KTM demo rides and brand activations in the fan zone of the Arizona Super TT. KTM will showcase a wide array of READY TO RACE motorcycles including machines from its MX, Travel and Sports Touring collections.

“KTM North America is proud to announce its support for the American Flat Track series as an Official OEM partner,” said John Hinz, President of KTM North America. “As a ‘READY TO RACE’ brand, it’s only natural that KTM participates in a sport with such a rich history of motorcycle racing that has influenced some of today’s most prestigious motorcycle racing disciplines; including Supercross and MotoGP. Our efforts within the AFT series as an OEM sponsor, and also with our new Red Bull KTM Factory Racing team, will continue to elevate the success of the American Flat Track series.”

American Flat Track will kick off its highly-anticipated 2019 season with the Bigger, Better, and Faster DAYTONA TT presented by Russ Brown Motorcycle Attorneys roaring into action under the lights of the Daytona International Speedway on Thursday, March 14, 2019. Tickets start at just $35 online ($45 at the gate).

Powered by a distinct READY TO RACE mentality, KTM is Europe’s leading high-performance street and offroad sport motorcycle manufacturer based in Mattighofen, Austria. Over the years KTM has built a reputation as a fierce competitor on racetracks around the world, and its remarkable success on the world stage is reflected in every product it creates and every move it makes.

DAYTONA BEACH, Fla. (July 26, 2018) – Due to substantial flooding at the White Rose Motorcycle Club facility (more than 13 inches of rain in the past week), this Saturday night’s AMA Pro Hillclimb event […]