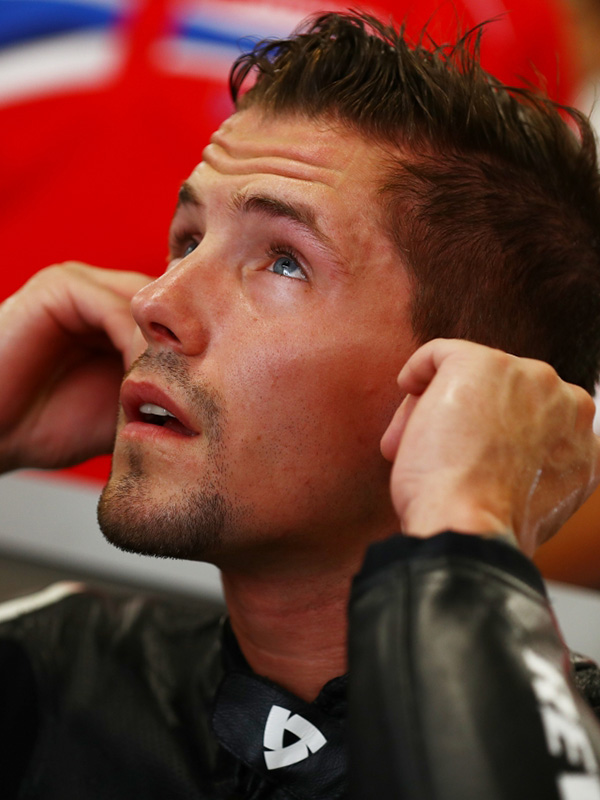 For the past seven years, Jacobsen has been roadracing overseas in various series, including British Superbike, World Supersport, and, most recently, World Superbike. The 25-year-old New York native has found success across the pond, winning races and finishing second overall in the 2015 World Supersport championship.

Jacobsen recently announced he will compete in the MotoAmerica Supersport class next season for HSBK Racing/Celtic Racing. With more than 30 amateur national flat track titles and the 2010 American Flat Track Rookie of the Year Award to his credit, Jacobsen admits the dirt has always been his first love, and he still has goals that he wants to accomplish.

Jacobsen is eager to team up with John Wise from Team Nila Racing on the Indian Scout FTR750s that Coolbeth raced in 2018.

“I’m really looking forward to joining such a strong team with Kenny and John,” Jacobsen said. “I grew up riding and learning from Kenny, so it’s a great opportunity for me to work with someone who is considered one of the greatest to ever do it. We all have the same goals and a lot of confidence that we can achieve them. I am honored to be riding for them, and I can’t wait to start testing.”

Recently retired Coolbeth will serve as team manager and crew chief. With four national championships and 37 career wins, Coolbeth is no stranger to success.

“I am really excited to be part of Team Nila/Coolbeth Racing with PJ as the rider,” Coolbeth said. “I really think PJ will be in the hunt every race we attend. I have watched him grow up and have been a mentor to him over the years, so I am really looking forward to having a fun season. I also want to thank John Wise for giving me this opportunity to partner with his team. We have a lot of work to do, but we are up for the challenge.”

Team Nila/Coolbeth Racing will release additional details about its program, including its 2019 sponsors, at a later date.

Team Suzuki Press Office – April 5.  The Yoshimura Suzuki Racing Superbike Team are in action this weekend for the opening round of 10 in the 2019 AMA/ MotoAmerica Superbike Championship at Michelin Raceway, Road […]

Woodcliff Lake, NJ – July 31, 2017…BMW Motorrad USA is pleased to announce pricing and product details for the all-new HP4 Race and C evolution, along with option updates for the 2018 S […]

Team Suzuki Press Office – October 24. Suzuki held a special promotional event during the weekend’s Motegi MotoGP race in Japan, which proved a big hit with the fans. The GSX-RR MotoGP machine ridden by […]